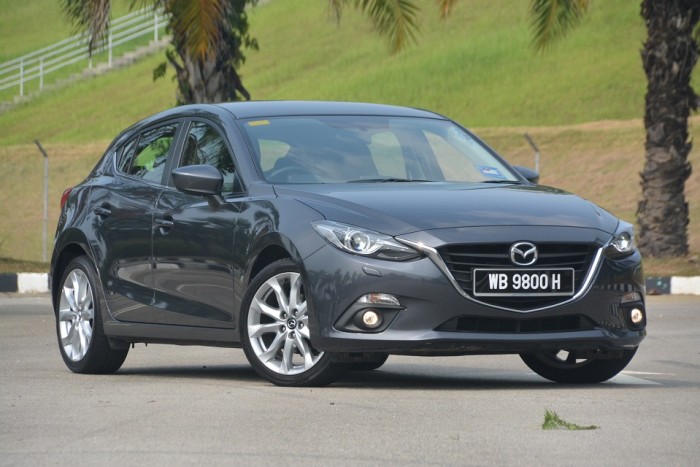 Mazda is on a roll. After parting ways with Ford and going on its own, the diminutive manufacturer went back to basics and resorted to innovation as a key weapon to facilitate its survival in a deep pool swimming with big sharks that boast nearly ten times its economies of scale.

Like many other manufacturers, Mazda also saw the need for scalable modular platforms as the way to sustainably manage costs whilst at the same time support a sufficiently wide portfolio of models to provide needed variety to consumers. 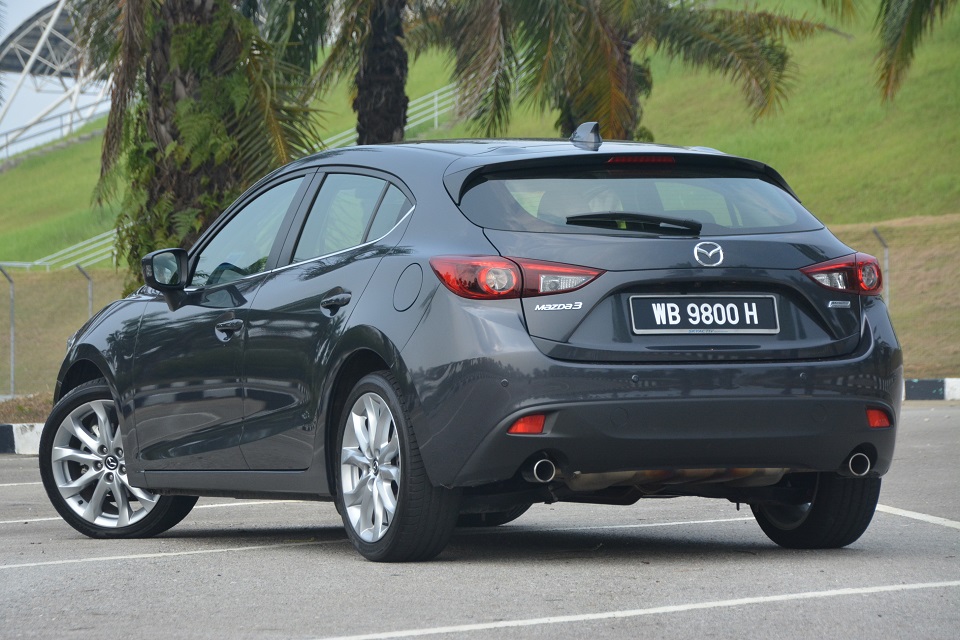 Introduced in 2011 with the CX-5, Mazda’s array of SkyActiv hardware was developed as the spine for an entire generation models that are slowly coming to completion. Indeed, key passenger car segments have already been filled by the 2, 3, and 6, with the CX-3 mini SUV recently joining the line-up and the Koeru concept showcased in Frankfurt previewing yet another upcoming SUV model.

Of interest to us today is the Mazda3, a model in its third generation and also coincidentally the third model of the SkyActiv family. Unveiled globally in 2013 and officially launched in Malaysia a year later as a fully imported model, the 3 is now assembled locally, benefiting consumers with more affordable pricing and better features. 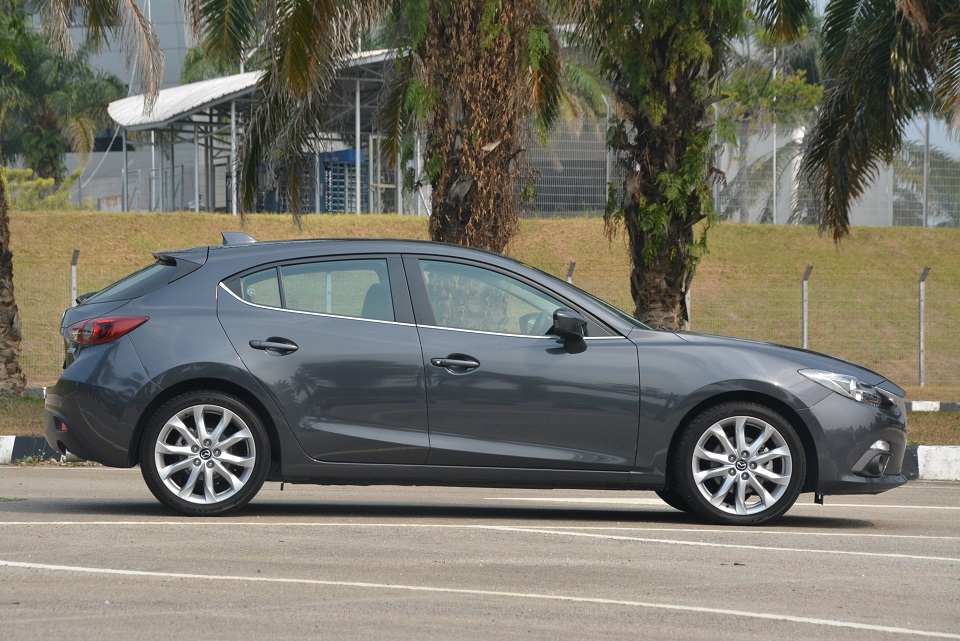 You only need to spend as little as RM108,941 to get a brand new Mazda3 insured and parked on your porch. For the kind of money which undercuts 1.8-litre variants of most competitors, Mazda is not only offering you superior power with a 2.0-litre alternative, but more in the way of equipment as well.

In its base GL sedan spec, the 3 comes standard with six airbags, electronic stability control, reverse camera, USB/Bluetooth connectivity, and 16-inch alloys. This, in our opinion, is the best value-for-money package in the entire C-segment. 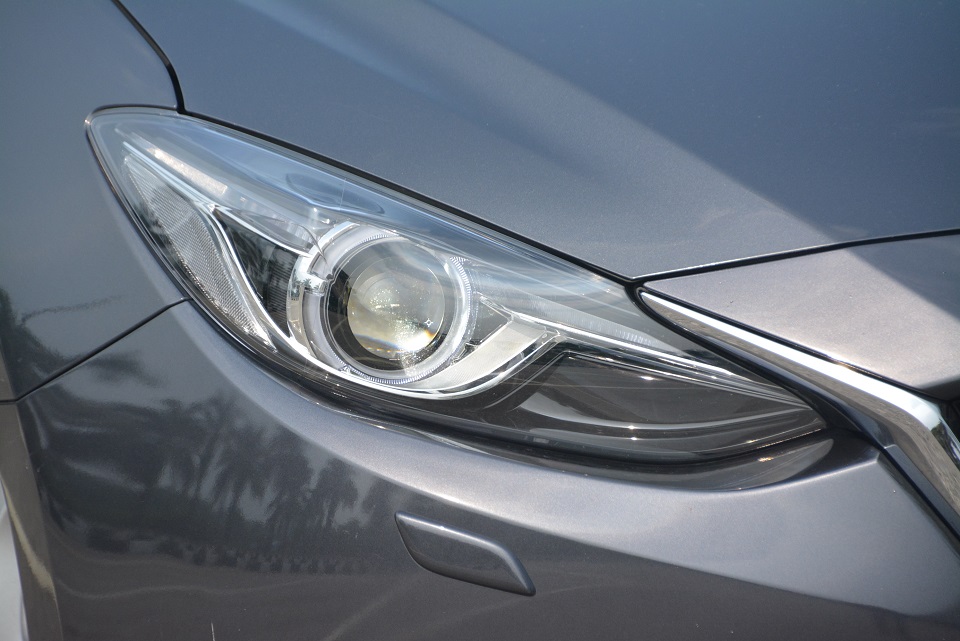 These extra goodies inevitably come at a price, requiring an additional RM15k outlay to hit the road at RM124,354.40. For the money, we reckon that higher-specced sedan version, which is priced exactly the same as its hatchback sibling, but exclusively offering heads-up display, auto cruise, and electric driver seat adjustment along with Mazda’s i-Activsense safety package which includes active high beam control, autonomous braking, and lane departure warning, to be the obvious value choice here. 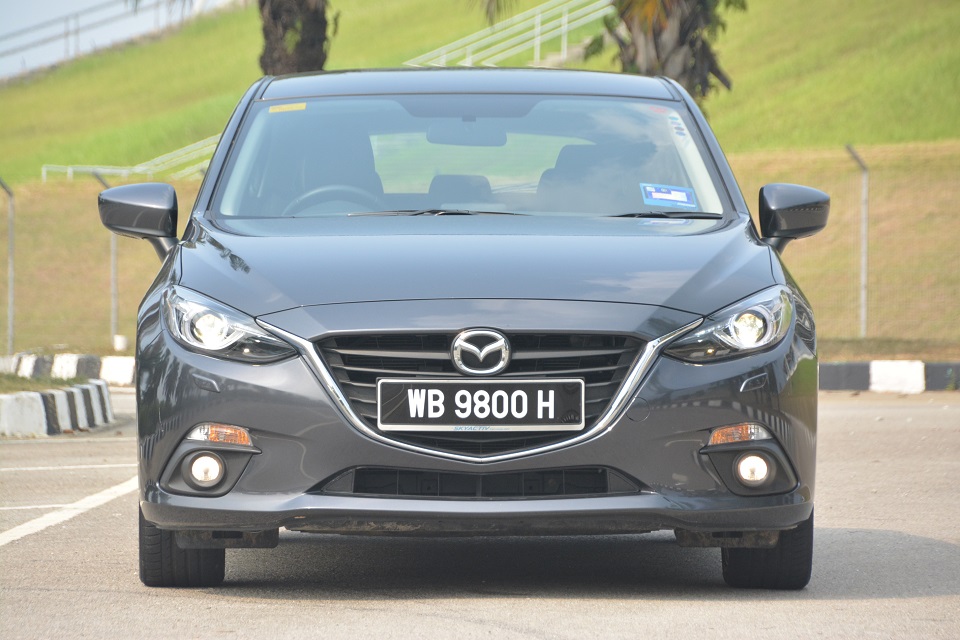 In truth, any variant of the 3 you choose is a winner. The switch from CBU to CKD has substantially lowered the price of admission to a model which once cost RM139k when fully imported from Japan. We should also highlight that competitor models from Toyota and Honda both cost significantly more whilst offering less. In short, you won’t feel shortchanged whichever variant you pick.

A point to note on the official listed pricing, however, is that metallic paint is a RM400 cost option. You can also ask for fitment of tinted film by your dealer for an extra RM1,900. 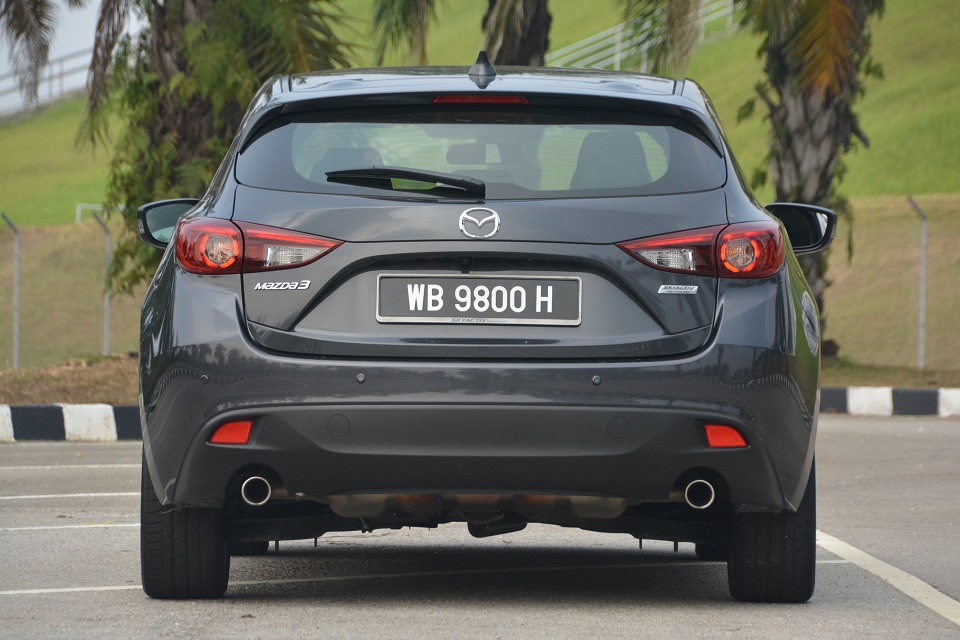 By now, the Mazda3’s running gear should need little introduction to us, being roughly the same set of underpinnings shared across the firm’s current crop of SkyActiv models. From a global selection of four-cylinder petrol and diesel engines ranging from 1.5 to 2.5 litres in displacement, the range is streamlined to offer only one engine for our market, namely the familiar 2.0-litre SkyActiv-G mill which we also get in the CX-5, Mazda5, Mazda6, and Biante.

Fitted with petrol direct injection and running on a high 14.0 compression ratio, the Mazda3 gets the 2.0-litre SkyActiv petrol engine in its most potent form to date, pushing out 162hp and 210Nm to the front wheels via an in-house 6-speed automatic transmission. 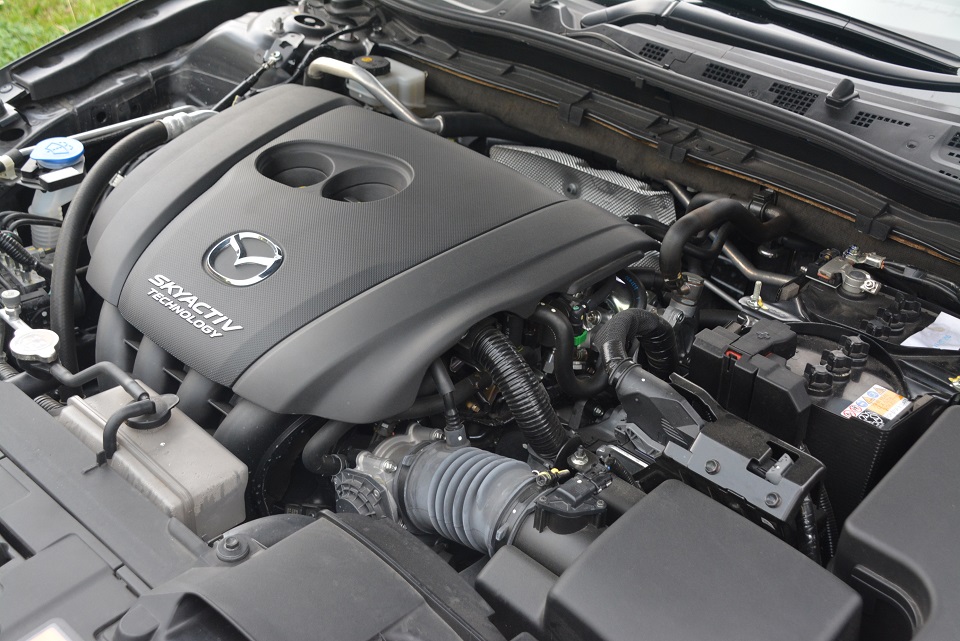 Fuel-saving technologies incorporated to the engine include auto stop/start and Mazda’s unique take on brake energy regeneration, which stores recuperated kinetic energy in a capacitor. Besides offering the benefit of quicker charging and discharging, Mazda also highlights that its capacitor does not feature heavy and precious metals in its construction, and is consequently friendlier to the environment. You also save on running costs – with no moving parts or chemical reaction in its operation, the capacitor is practically maintenance free.

[Editor’s Note (16 Oct 2015): In writing this article, there was a misinterpretation on our part on Mazda’s official communication materials. The i-Eloop feature is actually not available in the locally-assembled Mazda3 and was only fitted in the early CBU models. Despite the factual error, we have chosen not to alter this article from its original form to preserve its writing flow as originally conceptualized. We deeply regret the error. Our sincerest thanks to Mr Woody Ang, reader and proud owner of a Mazda3 himself, for bringing the mistake to our attention.]

From day one, we have been sufficiently impressed at the meticulous effort that Mazda has applied in fine-tuning every aspect its SkyActiv hardware. Indeed, the company’s steadfast resolution in avoiding the European favoured downsized turbocharging route to meet emission demands would even seem vindicated in the face of Volkswagen’s recent troubles with the ongoing dieselgate affair; in our experience, Mazda’s range of SkyActiv-powered cars really do tend to be frugal as advertised. 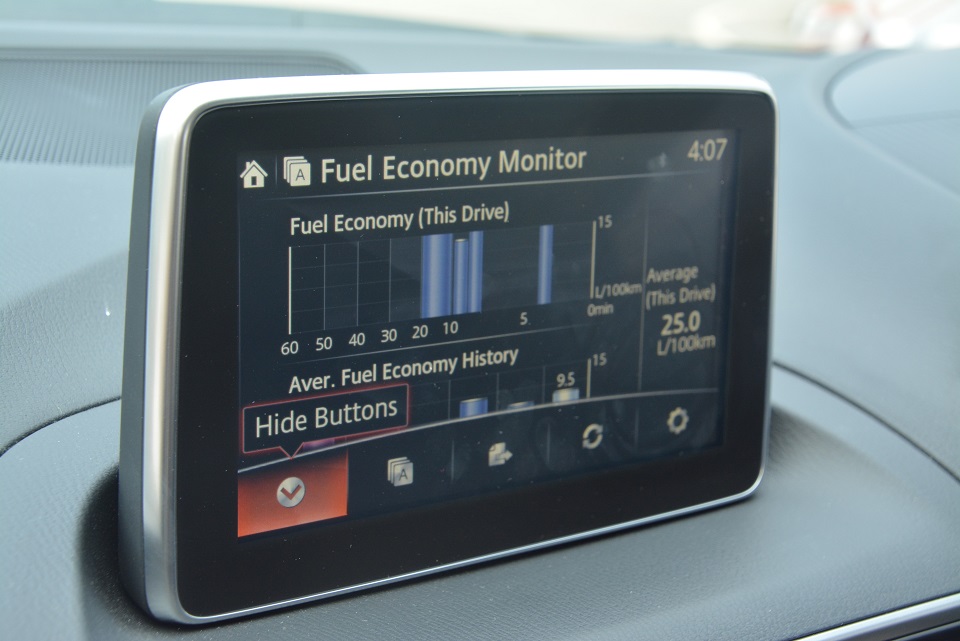 Be it in sedan or hatchback format, few would argue against opinion that the 3 is anything other than a strikingly handsome vehicle. As far as family looks go, Mazda’s Kodo language is as distinctive as they come in this business, and it’s even more remarkable considering the brand’s mass market positioning; not that it stopped the designers from sprinkling various premium touches, however.

Even on the base GL model, illumination of the halogen headlights are spread by projector lenses, whilst the higher-specced models with bi-xenon headlamps are accompanied by LED daytime running lights. Tail lights are LED on all variants, and they light up with a distinctive illumination signature. Mazda is also sufficiently daring and confident in itself to adorn the 3 with curvaceous sheet metal that, make no mistake, cannot be cheap to produce.

We will have to concede, however, that the base GL model’s 16-inch rims looks a little undernourished; the 18-inch wheels of the higher-specced models fit more naturally with the vehicle’s overall styling, but it’s an overkill size for the segment – 17 inches would be sensible specification, but Mazda curiously does not offer such as a size as an option. 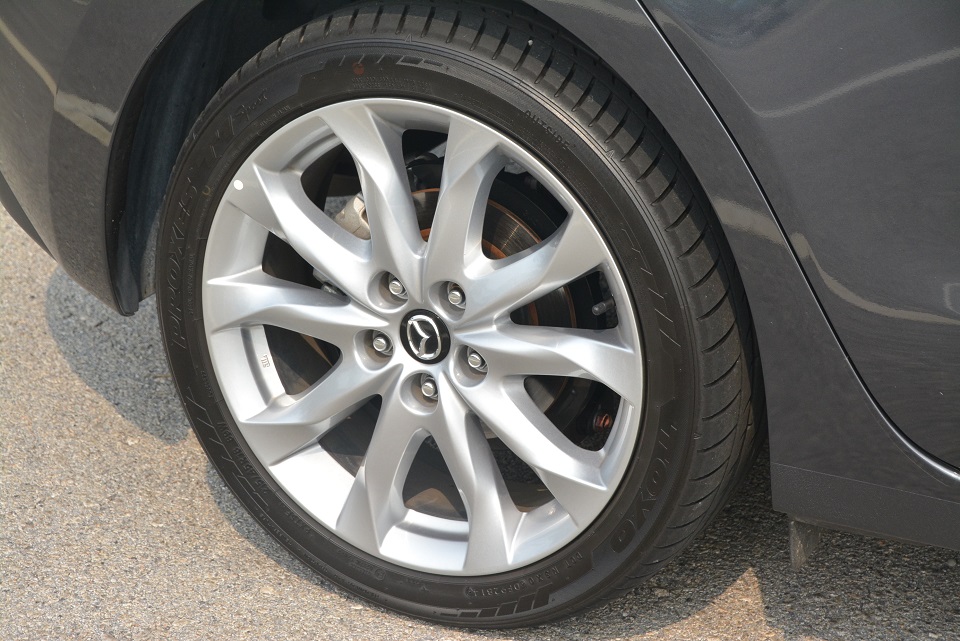 If minimalism is your cup of tea, the 3’s cabin should be a very appealing place for you indeed. Mazda’s designers have consolidated the dashboard’s control layout to sport a minimum number of buttons, lending to a clean overall appearance that is prevented from looking cheap thanks to tasteful design.

For the price, one naturally can’t expect Audi levels of build quality, but Mazda has done the next best thing by cleverly varying its selection of materials to exude a feel of premiumness at key touch points, such as the dashboard top piece, which is soft plastic, and aluminium-finished dials calibrated to convey good tactile feel. Lower half of the dashboard are made of plastics that are more rugged than plush, but no more so than acceptable at this price range. 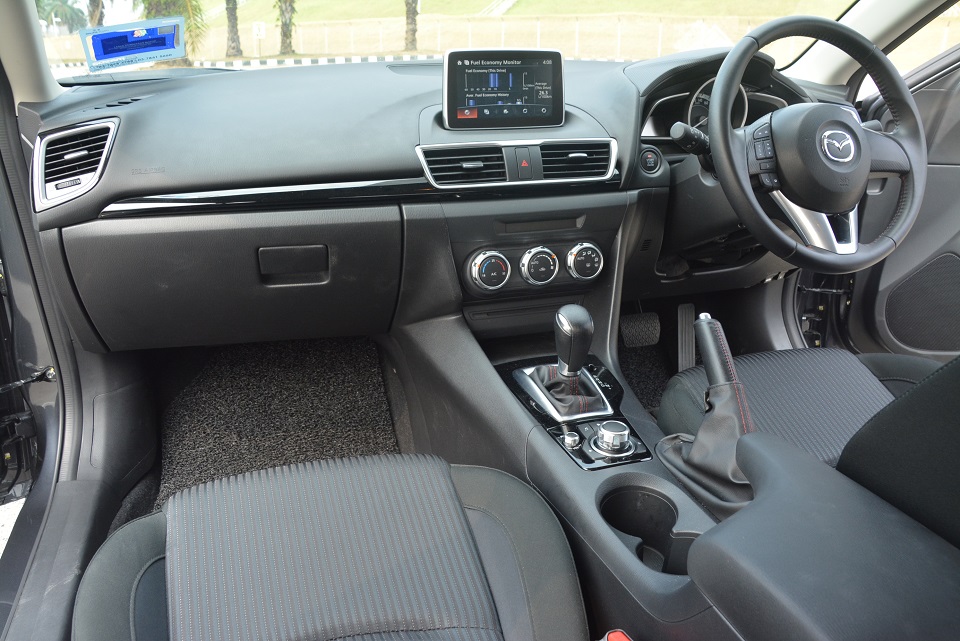 Operation of controls are, by and large, simple and adequately easy to familiarize. Climate control is adjusted by a three-knob layout common to many cars, and the driver has steering-mounted buttons to operate volume and channel. The absence of an audio head unit will seem unusual at first, but the MZD Connect’s combined control scheme of a touchscreen and iDrive-style rotary knob with surrounding buttons is easy enough to learn. Recognizing the danger of operating a touchscreen on the move, Mazda has built in a safety which only allows you to do so when the vehicle is fully stopped.

A big Achilles heel of the 3’s interior, one common to all Mazda vehicles of recent vintage is that space is not as efficiently packaged as you would expect of vehicles in this segment. Rear passengers, in particular, will find the Honda Civic far more accommodating. Road noise, another common bugbear of recent Mazda efforts, is also part of the driving experience; and because the vehicle’s moving gear is so mechanically refined, it makes unfiltered external sources of noise all the more noticeable. 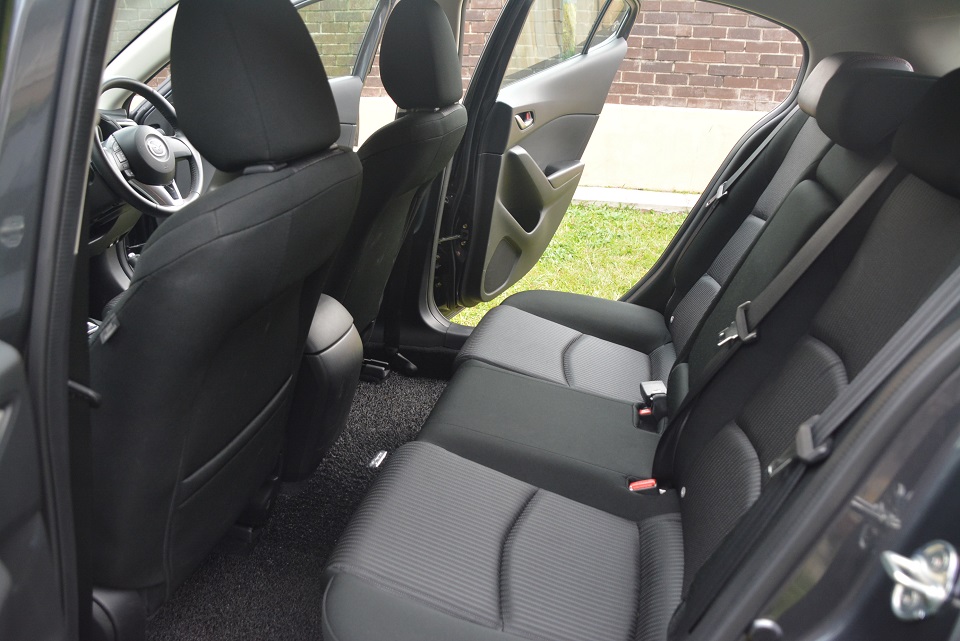 The same exacting attention detail which Mazda paid in honing the 3’s mechanicals is also applied insofar as tuning the vehicle’s behaviour, sensation, and response on the move. In seeking to justify its proclamations of Jinba Ittai, being one with the car, Mazda engineers pay close attention to sensations experienced by the driver, which in turn affects his or her perception of the vehicle’s movements.

In general, Mazda favours its vehicles to exhibit linear and consistent characteristics in the way they respond to the driver’s commands. Rather than being lively and darting, the objective is to achieve smooth and flowing progress. This is a trait common to all Mazda SkyActiv models and it unsurprisingly characterizes the 3’s driving experience as well. 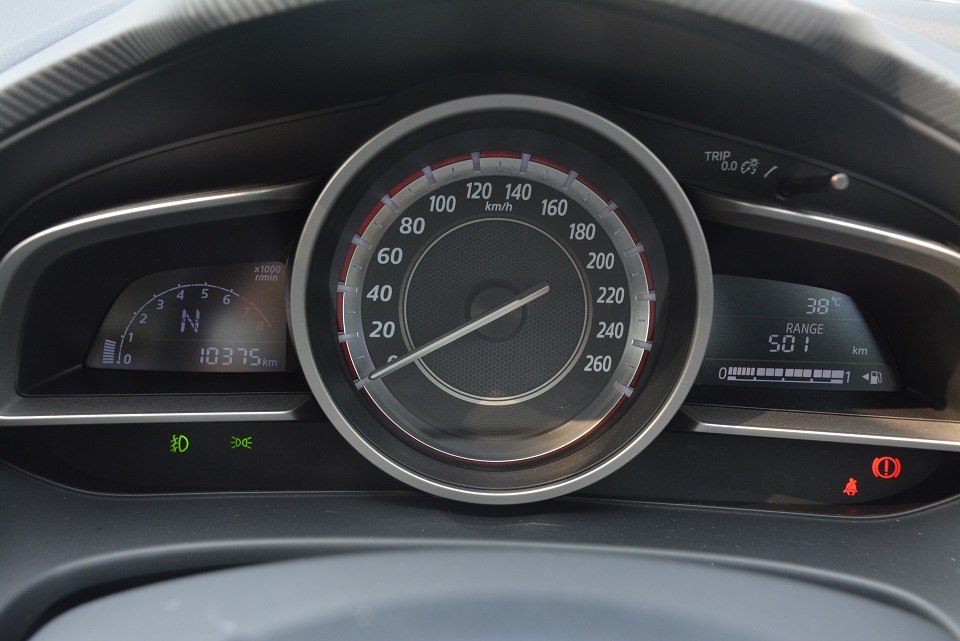 Unlike turbocharged engines from Europe, Mazda’s naturally-aspirated SkyActiv mill does not hit you with a hard punch when you slam the throttle; rather, you are simply pushed along in a linear yet firm manner. Compared to other models powered by the same 2.0-litre engine, the 3’s more potent state of tune means that progress is more rapid and relentless, but always predictable and never sudden.

A similar brand of linear progression is on display from its fluid chassis, which is evidently calibrated with composure and progressiveness as its key priority. It is obedient to your commands, hides no surprises, and telegraphs feedback crisply through its controls. Our only complaints on the driving experience relate to high road noise, which we’ve highlighted earlier, and a slightly harsh ride on the 18-inch rims of our test car; it’s not unbearable, mind, but it’s a flaw that just keeps the 3 just a bracket below the Ford Focus and Volkswagen Golf as the segment’s dynamic benchmarks. 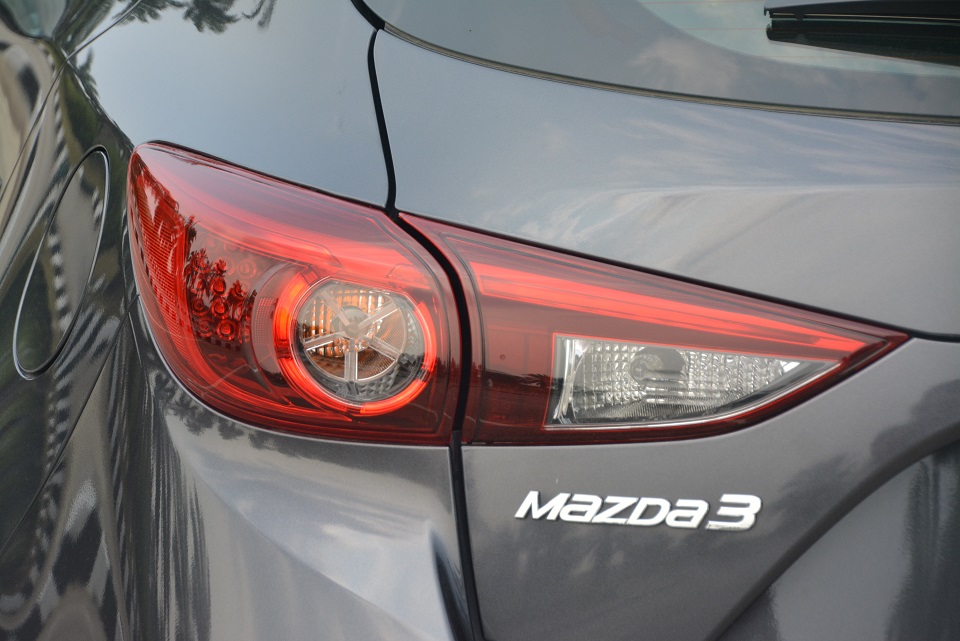 There is a lot to like about the Mazda3. In a segment populated by typically conservative choices, the Mazda offers a refreshingly dynamic alternative that is sharp-looking, well-built, and generously-equipped. The full list of virtues stretch far longer than that, of course, and we’d be amiss not to highlight its driving experience and competitive pricing as major plus points as well.

It is not without fault though. Besides being cramped inside, refinement is also lacking on the move, thanks to poor insulation of external noise sources. We have not tested an example of the GL variant with 16-inch rims, but as far as vehicles with 18-inch rollers are concerned, they can do with further fine-tuning of their ride quality that will elevate the car to great from just being merely very good.

None of the Mazda’s flaws are deal breakers in our books. As a whole, it feels like a vehicle that is underpinned by some very solid and coherent engineering. It exudes the sensation of a product built to exceed the sum of its parts, and for that, the Mazda3, whichever variant you decide to put your money on, comes as a highly-recommended choice. 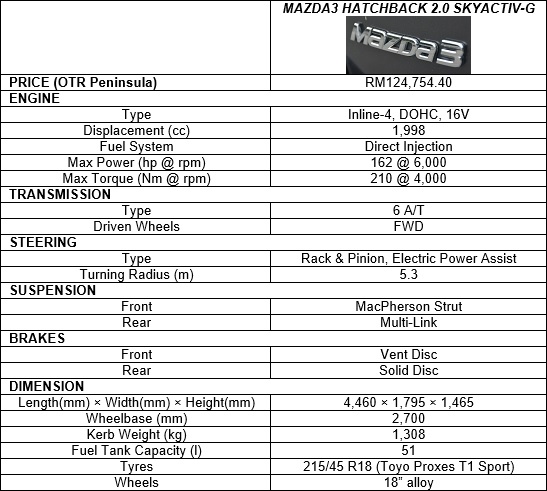