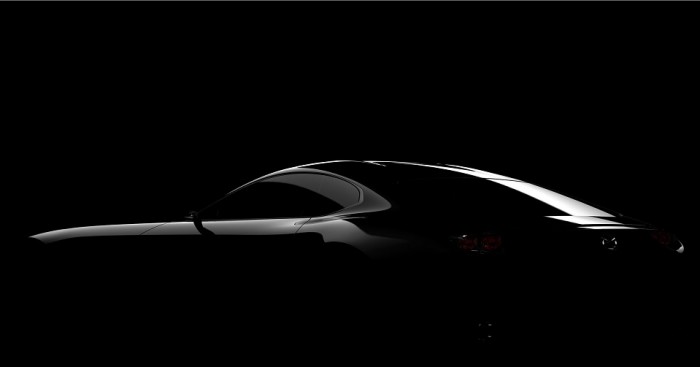 Mazda has released its first teaser image of a new sports car concept scheduled to debut at this year’s Tokyo Motor Show, which will run from 30 Oct to 8 Nov 2015.

In the brief release accompanying the image, Mazda describes the vehicle as being one that is ‘modern but maintains a sense of lineage and authenticity, appearing almost to condense Mazda’s entire history of sports car development into a single model’.

Reports from automotive press around the world are feverishly speculating, based on the above short description, that the concept is a prelude to a new rotary engine sports car.

Adding credibility to this prevalent theory is the company’s official confirmation that a 1967 Cosmo Sport, the vehicle in which Mazda first launched the Wankel rotary, will also be shown as an accompanying display.

Alongside these two vehicles, as well as the full range of Mazda’s SkyActiv passenger car line-up, showcases at the Mazda stand will include the Koeru crossover concept making its first Japanese appearance, as well as a trio of specially-prepared MX-5 roadsters – one Global MX-5 racing-spec unit, one NR-A unit with fitted with one-make race accessories, and a special needs vehicle with hand-only controls.