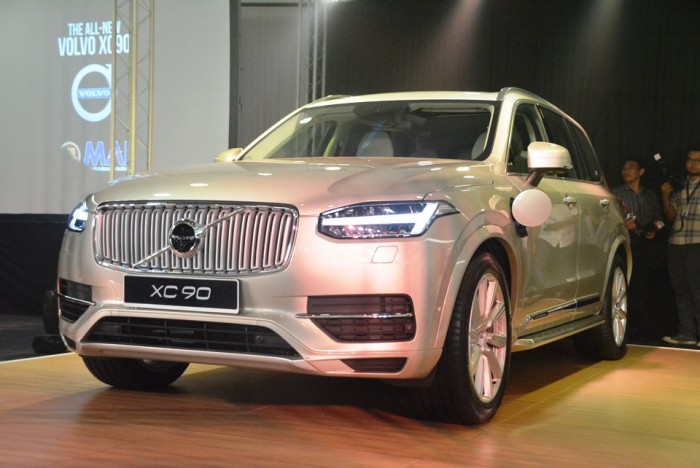 The second generation of Volvo’s flagship SUV, the XC90, makes its much-awaited arrival in the Malaysian market today, being officially launched as a fully-imported model from Sweden ahead of scheduled commencement of local assembly at Volvo Car Malaysia’s Shah Alam plant next year.

The first of a new generation Volvo models to be underpinned by the brand’s modular SPA platform, the XC90 is the company’s first model to be fully developed under Geely of China’s ownership. This new architecture utilizes highly advanced construction techniques with extensive use of high-strength boron steel as well as a highly innovative electrical architecture to support a myriad of intelligent safety features. 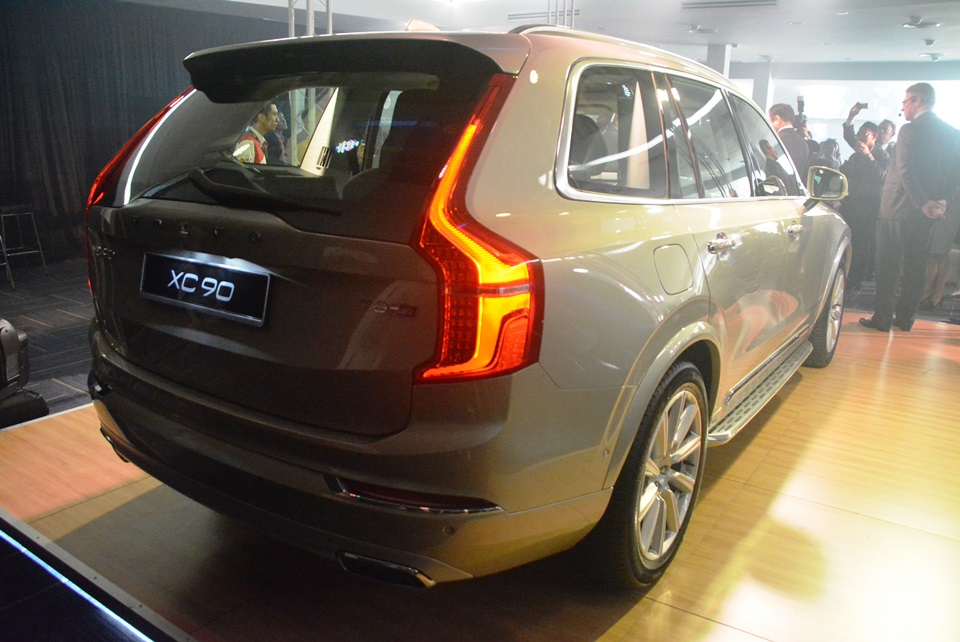 “With SPA, we are able to have the best combination of luxury, space, versatility, efficiency, and safety in the all-new XC90. This will bring the SUV segment into a new dimension, just as the original XC90 when it was first introduced,” says Keith Schafer, Managing Director of Volvo Car Malaysia.

Volvo incurred very high expenses in developing the SPA platform. Schafer revealed that in Malaysia alone, the cost of readying the Shah Alam plant for the prerequisite tooling and training of personnel amounted to RM25 million. He further explained however, that with the basic architecture already in place, development and tooling costs of future SPA-based models can be made markedly lower. 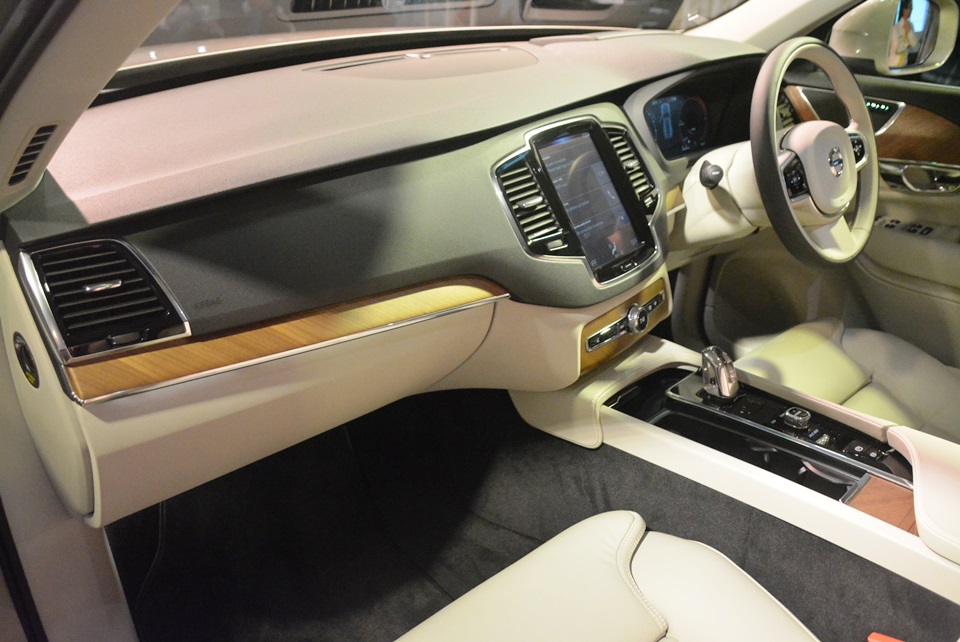 Kick-starting things on a strong footing, Volvo has went for the jugular and opted to introduce the XC90 to our market in its highest possible specification, namely the T8 Twin Engine plug-in hybrid variant finished in Inscription trim.

Operating the most potent and sophisticated powertrain available in the SPA mechanical package, the XC90 T8 Twin Engine features the 2.0-litre twincharged petrol engine that we already know from the XC60 T6, aided by an electric motor at each axle to generate impressive net system outputs of 407hp and 640Nm. Featuring an Aisin-sourced 8-speed automatic transmission, the XC90 T8 is able to accelerate from rest to 100kph in just 5.6 seconds. 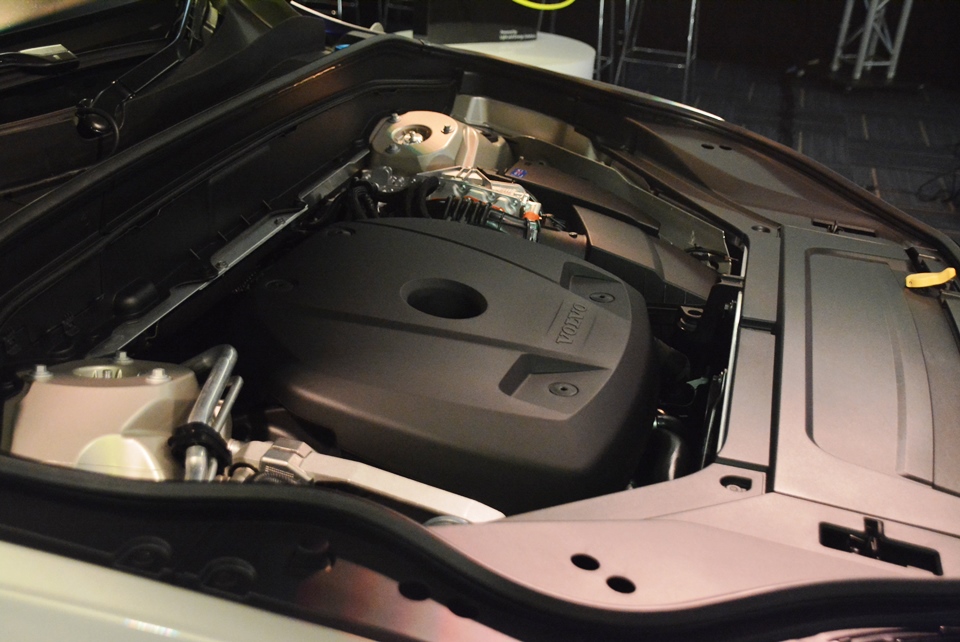 Whilst effectively offering the benefit of all-wheel drive traction, the XC90 T8 does not require a mechanical drive shaft to send power astern from the engine up front. The rear axle is driven purely on electrical power when needed, allowing Volvo to take advantage of unused space within the centre tunnel to house the T8’s traction batteries. Because it is a plug-in hybrid, whereby its traction batteries can be recharged off a plug point, the XC90 enjoys impressively low fuel consumption of 2.1 l/100km and carbon dioxide emissions of 49 g/km. With fully charged batteries, the T8 is able to support full-electric driving in excess of 40km.

As standard, Volvo Car Malaysia provides each unit of the XC90 T8 with a charging cable, which can be plugged into a regular three-pin socket. In the interest of safety, VCM will have a certified engineer to perform an electrical health check at your premises to ensure that the building’s electrical architecture is able to handle the required load to charge your vehicle. Whilst emergency fail-safe systems will protect the vehicle in the event of an electrical malfunction, the safety check is offered to ensure the safety of the building to avoid causing power trips or fire hazards. Through a third-party contractor, VCM provides one complimentary check with each vehicle purchased at a venue specified by the customer. Additional checks are subject to charge. Wall-mounted charging boxes are available as cost options. 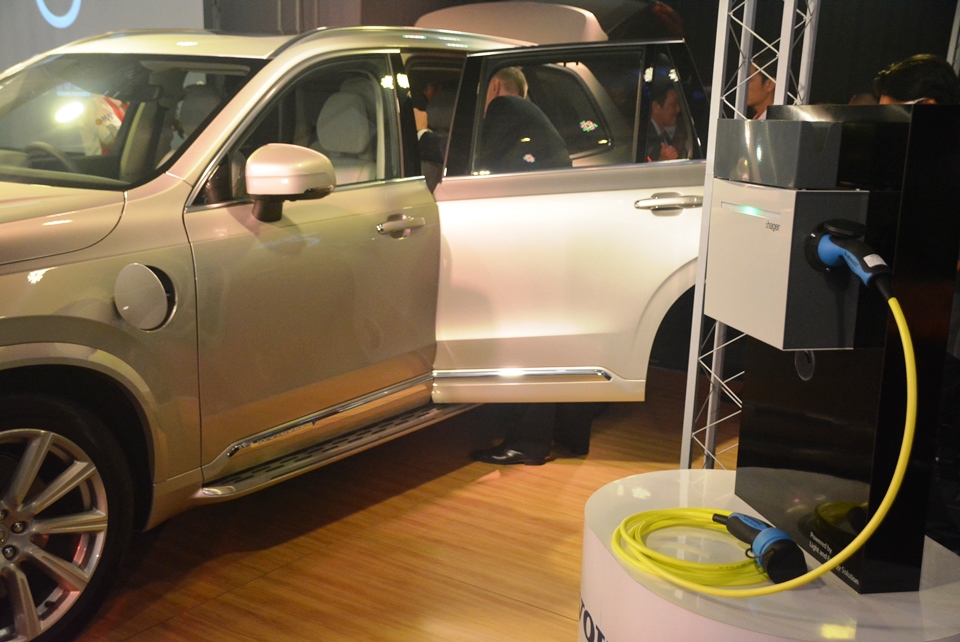 Besides operating a highly-advanced powertrain, the XC90 T8 also comes with perhaps the most comprehensive and technologically sophisticated standard safety package in the automotive industry. World-first features include a run-off protection package and autonomous emergency braking at intersections. The run-off protection package incorporates energy-absorbing functionality in the seats to minimize spine injuries. At intersections, the XC90 automatically brakes itself if it detects that you’re turning into the path of an onrushing vehicle. These features come in addition to existing technologies such as autonomous emergency braking (now refined with improved vehicle, cyclist, and pedestrian detection) and adaptive cruise control (which automatically controls acceleration, braking, and steering in traffic jams).

Thanks to its high technological content and Volvo’s dedicated commitment to local assembly operations in Malaysia, which the company uses as an assembly hub for models sold throughout ASEAN, the XC90 enjoys tax incentives from the Malaysian Government as an Energy Efficient Vehicle under the 2014 National Automotive Policy. 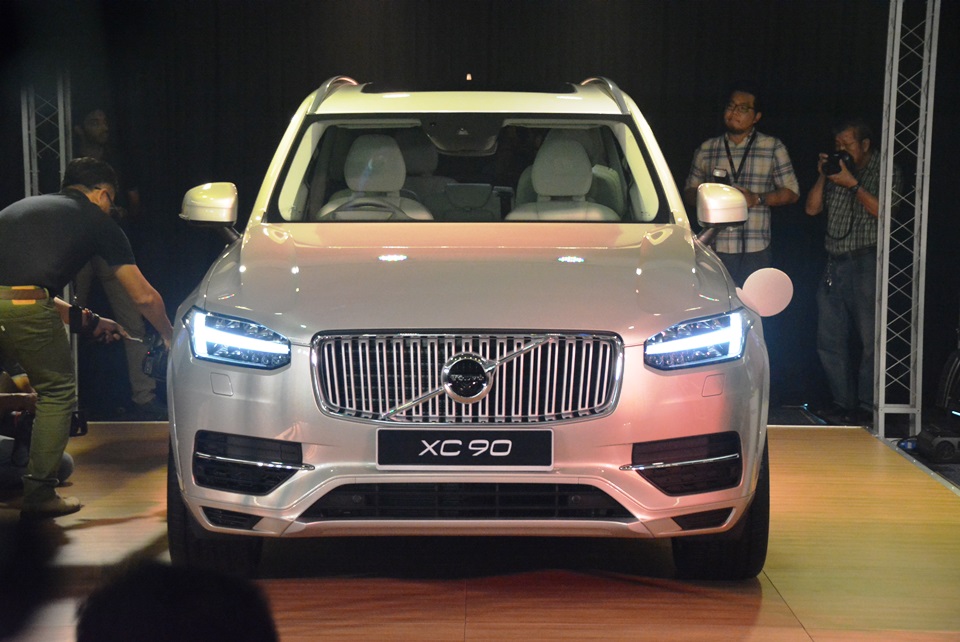 “Our decision to bring in the T8 Twin Engine variant was bolstered by the government’s ambition to turn Malaysia into an ASEAN hub for Energy Efficient Vehicles (EEV), in line with the National Automotive Policy. We are very thankful to have the support of all relevant government agencies and ministries in helping us bring this technologically advanced plug-in hybrid here,” Mr Schafer said.

The incentives enjoyed by Volvo is accordingly passed to consumers. Even in CBU format, limited to only 100 units and all of which have been sold out anyways, the XC90 T8 Twin Engine Inscription is priced at RM453,888 on-the-road excluding insurance; significantly less than rivals such as the BMW X5 (RM539,800 – RM579,800) and Audi Q7 (RM589,900) whilst offering much higher technological content. Locally-assembled variants will be available from 2016 onwards. Prices have yet to be confirmed.