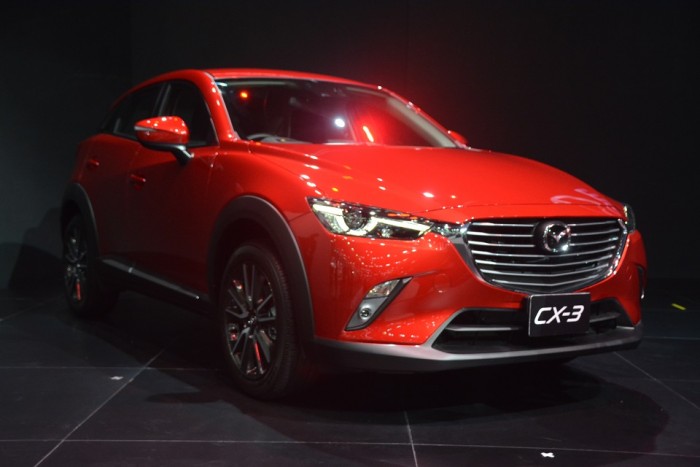 At the ongoing Thai Motor Expo, Mazda has unveiled both the CX-3 B-segment crossover SUV and MX-5 roadster for the Thai market. The fully-imported MX-5 launches with similar specifications as offered to the Malaysian market, being powered by a 2.0-litre SkyActiv-G petrol engine.

The CX-3, meanwhile, is built locally in Thailand and is offered with a choice between 2.0-litre SkyActiv-G petrol and a 1.5-litre SkyActiv-D diesel engines, both driving the front wheels via Mazda’s in-house 6-speed SkyActiv-Drive automatic transmission. 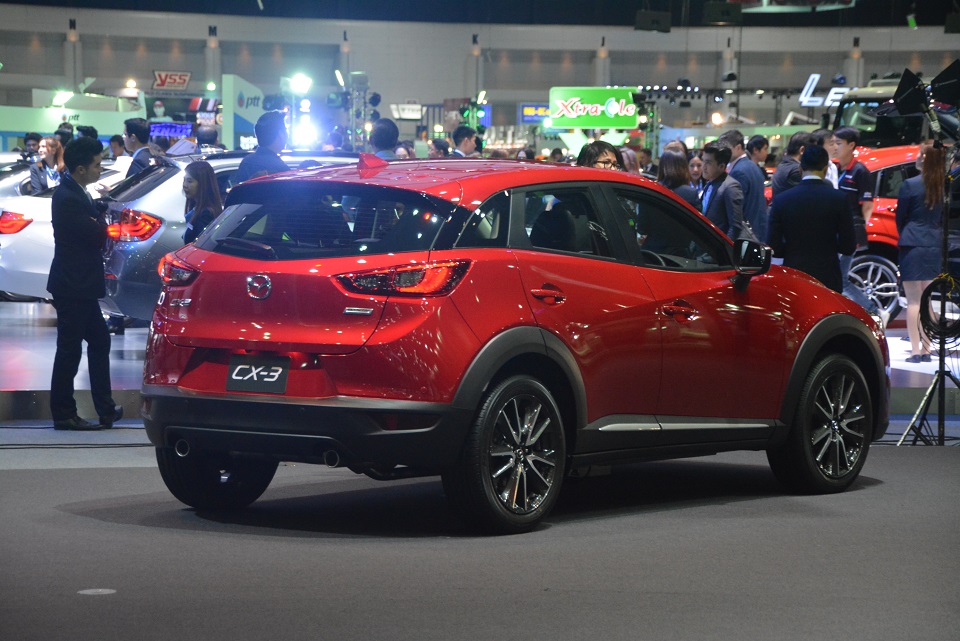 Both engines are impressively economical, with fuel consumption rated at 16.4 and 23.0 km/l respectively. The high 14.0 compression petrol engine pushes out 156hp and 204Nm, whilst the diesel mill offers class-leading torque of 270Nm. 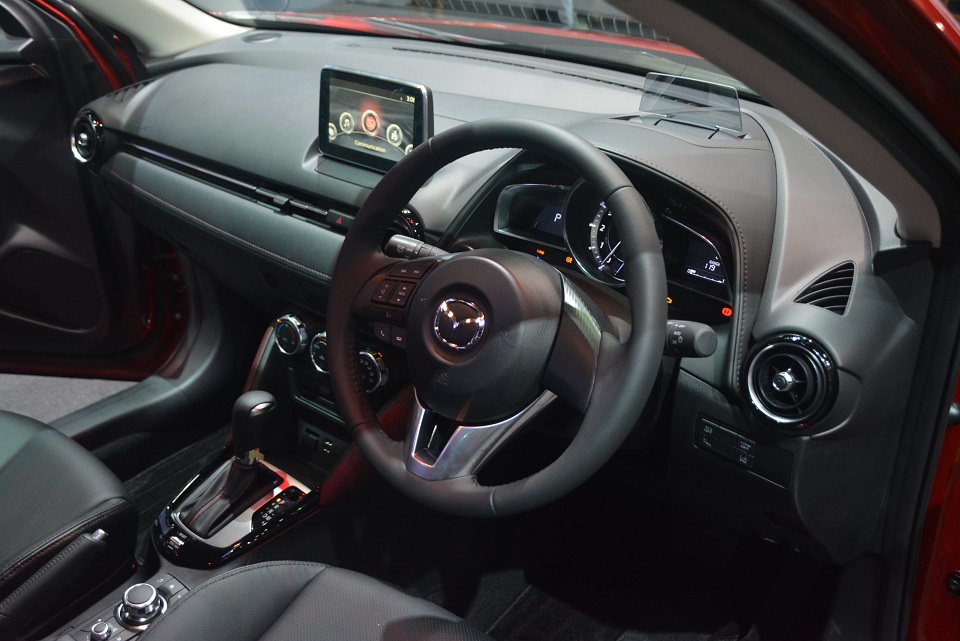 Malaysia will soon be receiving the CX-3 as well, but a source has indicated to us that the vehicle will come fully imported from Japan instead of Thailand.

Also launched at the expo are improved versions of the Mazda2 that benefit from the Thai Government’s Eco Car initiative that offers preferential taxation to vehicles emitting less that 100g/km of carbon dioxide. 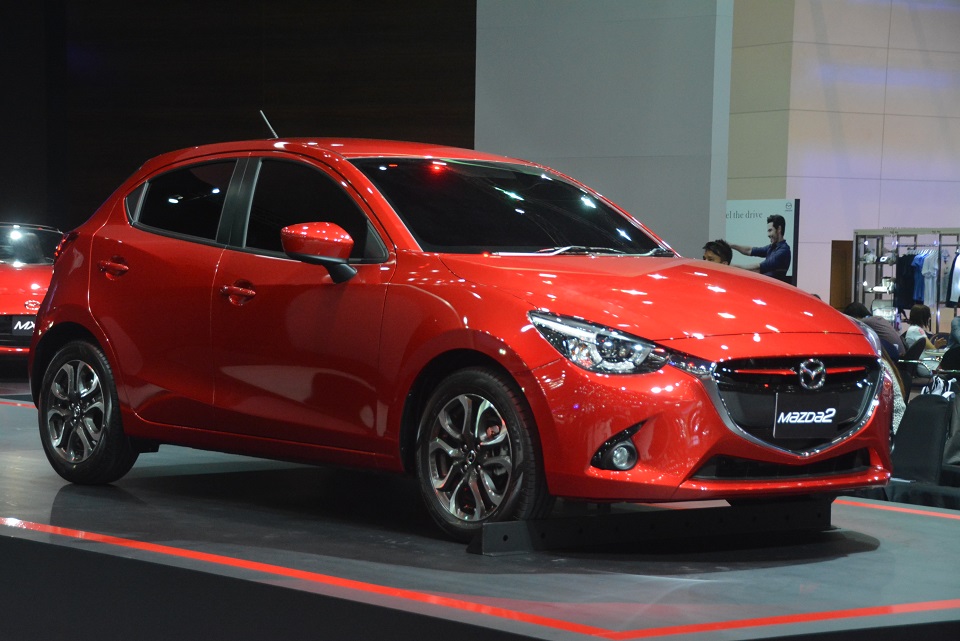 For the Thai market, the Mazda2 is offered with a choice from the same 1.5-litre SkyActiv-D engine as used in the CX-3, but tuned to offer lower torque of just 250Nm, or a 1.3-litre SkyActiv-G petrol that puts out 93hp and 123Nm.

Pulling all stops to ensure the vehicles dip below the crucial threshold, Mazda has equipped the Thai-spec 2 with fuel-saving technologies such as the i-Eloop capacitive brake regeneration system and auto start/stop. Official fuel consumption of the two engines are rated at 26.3 and 23.3 km/l respectively.

Benefits of the reduced taxation is returned to the consumer not just in the form of competitive pricing, but also higher equipment. Thai customers now have the option of getting the previously unavailable signature headlight cluster featuring distinctive LED daytime running lights on upper variants. Other equipment include MZD Connect infotainment system, keyless entry, and heads-up display. 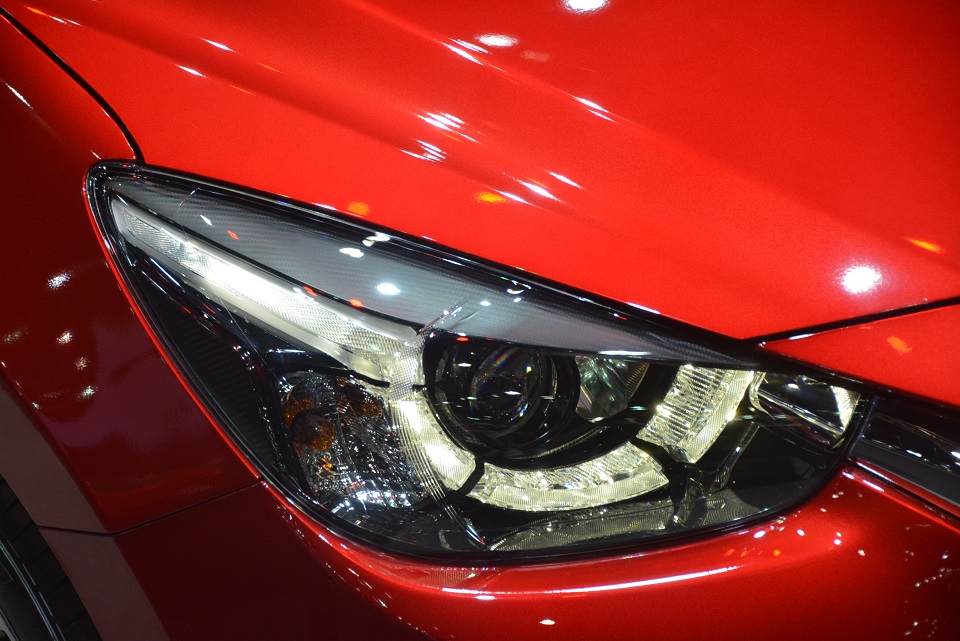