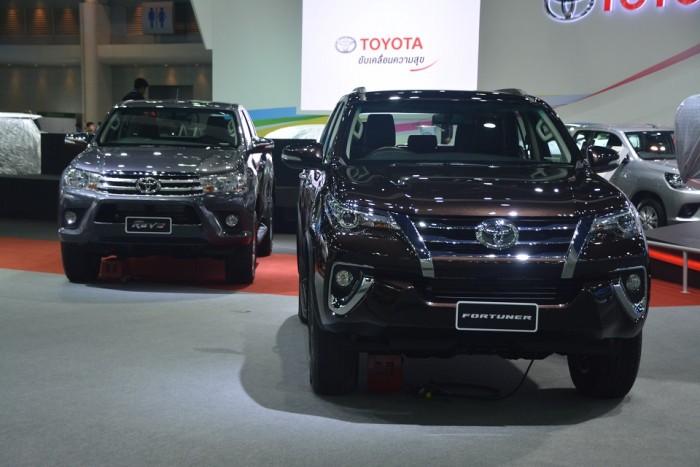 Toyota’s main shows at the Thai Motor Expo are the FT-86 Open Concept and the new Avanza that is being officially launched for the Thai market. Of greater interest to us, however, are displays of the new Hilux and Fortuner that, whilst launched earlier in Thailand, are still yet to be introduced in Malaysia.

Powered by new generation 2.4- and 2.8-litre turbodiesel engines, both the new Hilux and Fortuner seek to stem gains made by rivals on Toyota’s undisputed leadership in the segment. On display units we saw at the show grounds, we observed significantly improved cabin plushness and build quality on both models. 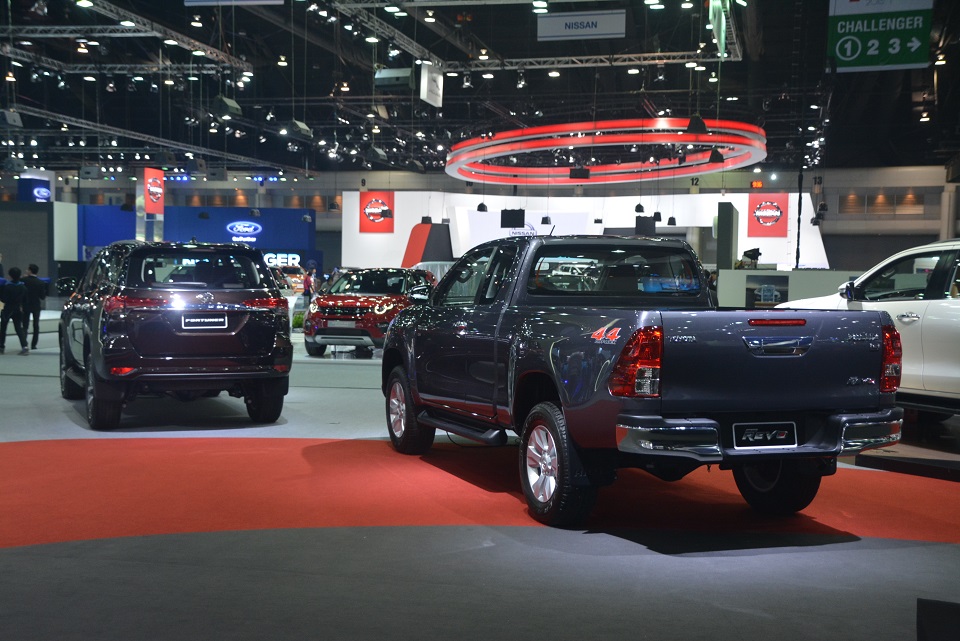 The Hilux’s cabin follows a similar theme as seen in the current-generation Corolla Altis in adopting a vertical dashboard configuration but sporting curvaceous lines for a more modern appearance. Double cab variants get rear air con vents and on the back of each front seat is a teh tarik hook rated to take a maximum load of 4kg.

Interestingly, we also noticed rear fog lights on the Thai-spec Hilux, indicating that these models are built in accordance to European specification.

The seven-seater Fortuner, meanwhile, seeks to convey a sense of pseudo-luxuriousness with wood grain inserts and stitchings on dashboard panels. The rear edge of the centre console incorporates a thoughtful touch with a 12V power socket placed adjacent to a rectangular cubby hole just big enough to accommodate most modern smart phones; convenient for recharging. At the base of the centre console is a 240V plug point that can be used to power bigger electrical appliances.