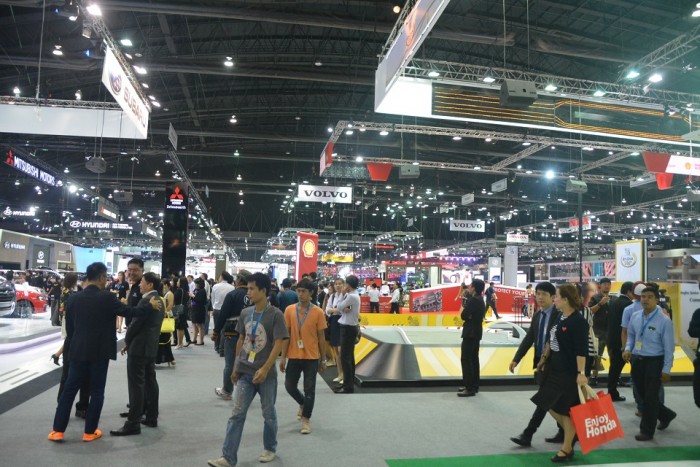 A sales-oriented event, this year’s expo opens to the public tomorrow and runs till 13 December, during which more than 1.5 million visitors are anticipated with participating car companies expected to collectively secure upwards of 50,000 bookings.

According to the event organizing chairman, Mr Kwanchai Paphatphong, the timing of this year’s event mean that attractive deals are in store for members of the Thai public visiting the show, as car makers seek to stimulate sales ahead of a new automotive taxation regime that is set to commence next year.

In line with the second phase of the Thai Government’s ‘Eco Car’ scheme, Thailand will move to carbon dioxide-based taxation of motor vehicles, which will see substantial reshuffling of car prices in the kingdom – reduction for low-emitting vehicles, and increase for the heavy breathers.

For example, passenger cars below 3,000cc that emit less than 150 grams of carbon dioxide per kilometre will be taxed 30 percent, whilst those of the same displacement that exceed the stated threshold will be taxed 35 to 40 percent.

Crucially, ‘Eco Cars’ with rated with carbon dioxide emissions rated below 100 g/km will be taxed at just 14 percent, as opposed to 17 percent otherwise. Early benefactors of this new tax regime include the Mazda2 SkyActiv and facelifted Mitsubishi Mirage.