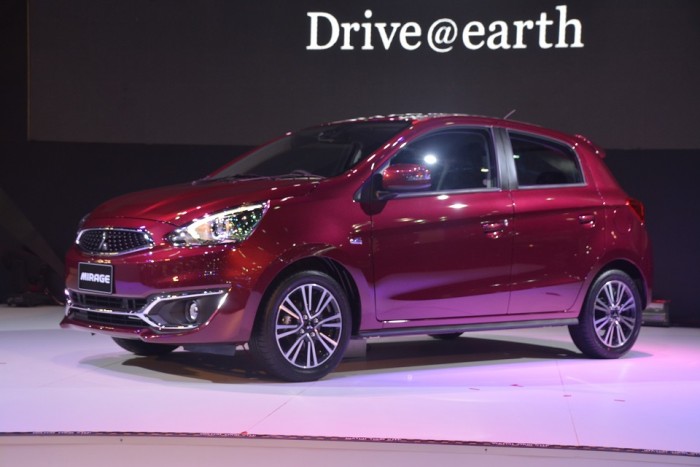 Mitsubishi Motors Thailand (MMTh) has premiered a facelifted version of the Mirage with tweaks that enable its 1.2-litre A-segment hatchback to benefit from incentives under Phase II of the Thai Government’s Eco Car programme.

Produced locally in Thailand at MMTh’s Laem Chabang plant, the Mitsubishi has sold some 320,000 units of the Mirage in 93 markets worldwide since its global debut in March 2012. Its platform also spawned a sedan derivative known as the Attrage. 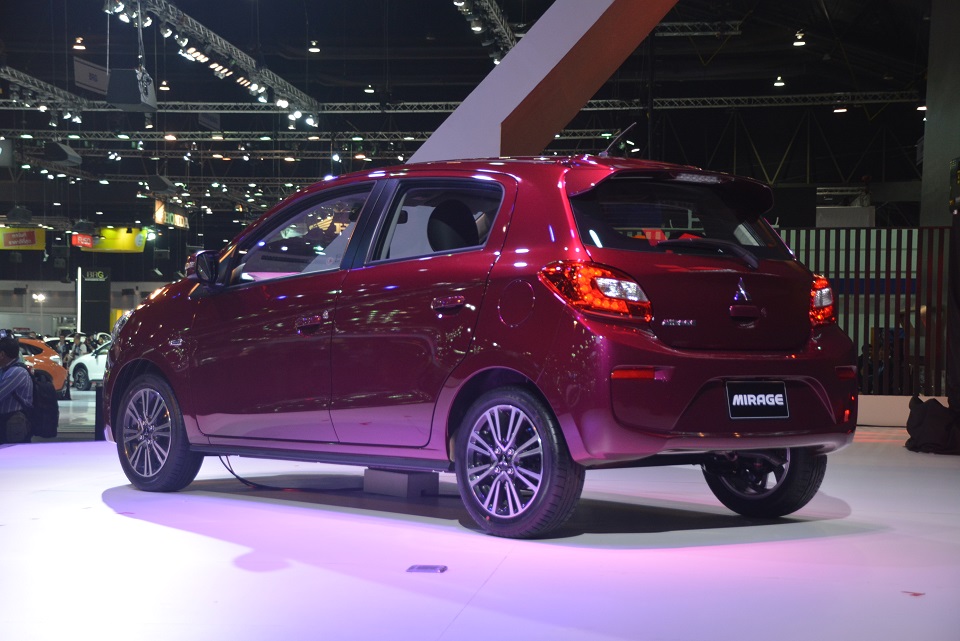 Key improvement made to the new 2016 Mirage sees fuel efficiency improved from an already-frugal 21.0 km/l to 23.8 km/l. Carbon dioxide emission is brought down to 98 g/km, dipping below the 100 g/km threshold stipulated by the Eco Car programme that qualifies the Mirage to just 14 percent duty.

Versions fitted with the INVECS-III CVT are further enhanced with idle neutral control, which automatically freewheels the transmission at a full stop, and a G-Sensor to optimize ratio selection around corners. Alternative transmission is the existing 5-speed manual. 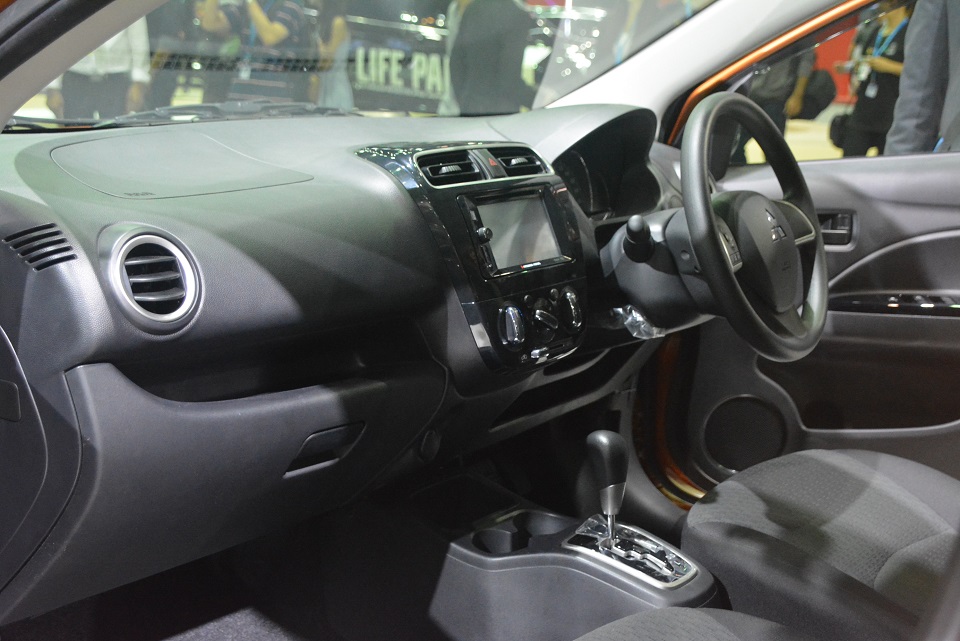 Enhancements made to the 1.2-litre 3-cylinder MIVEC powerplant include carbon-coated piston rings, low friction timing chain, and multistage generation control with intelligent battery sensor – essentially a system that connects and disconnects the alternator as needed to optimize energy usage.

Alongside improved efficiency, the new Thai-spec 2016 Mirage accordingly comes with enhanced safety, which is likely due to Mitsubishi simply implementing standardized specifications with the European market. All variants will get electronic stability control and hill start assist as standard, with upper variants additionally receiving autonomous emergency braking. 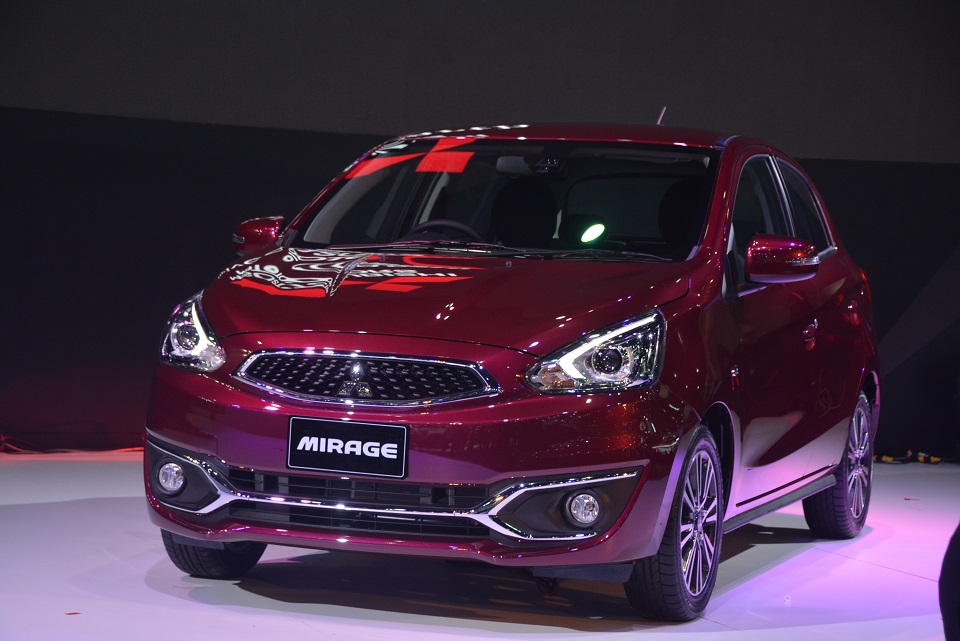 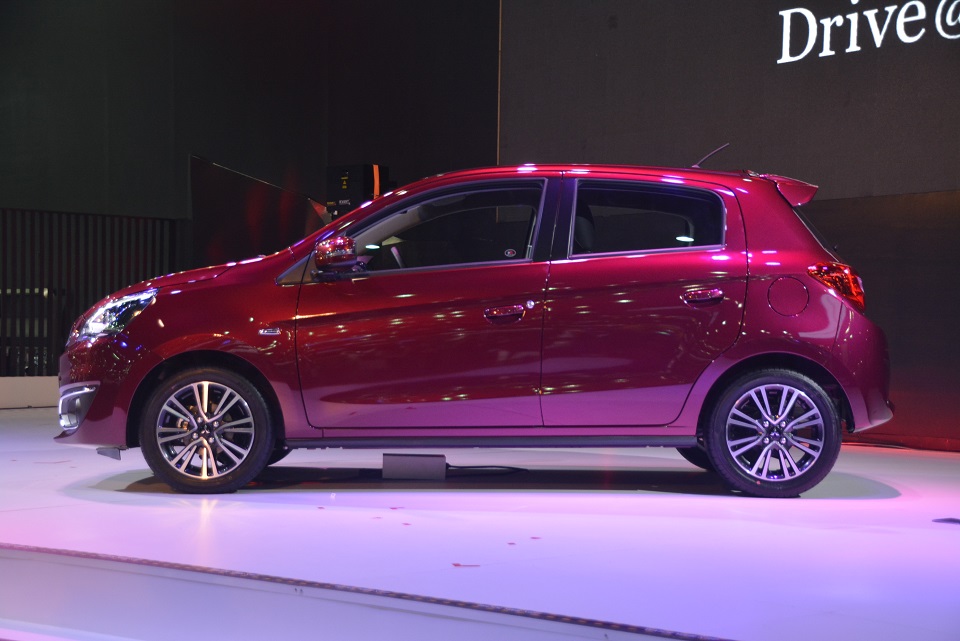 Also on display at the Expo by MMTh is the all-new Pajero Sport. Available in 2WD and 4WD configurations, the new Pajero Sport features the same 2.4-litre 4N15 MIVEC turbodiesel powerplant as seen in the Thai-spec version of the current-generation Triton.

Fitted with an eight-speed automatic transmission as standard, the new generation Mitsubishi turbodiesel mill puts out 178hp and 430Nm as standard. Like the outgoing model, 4WD versions get Mitsubishi’s Super Select system, which is able to safely engage 4H drive mode in dry tarmac. 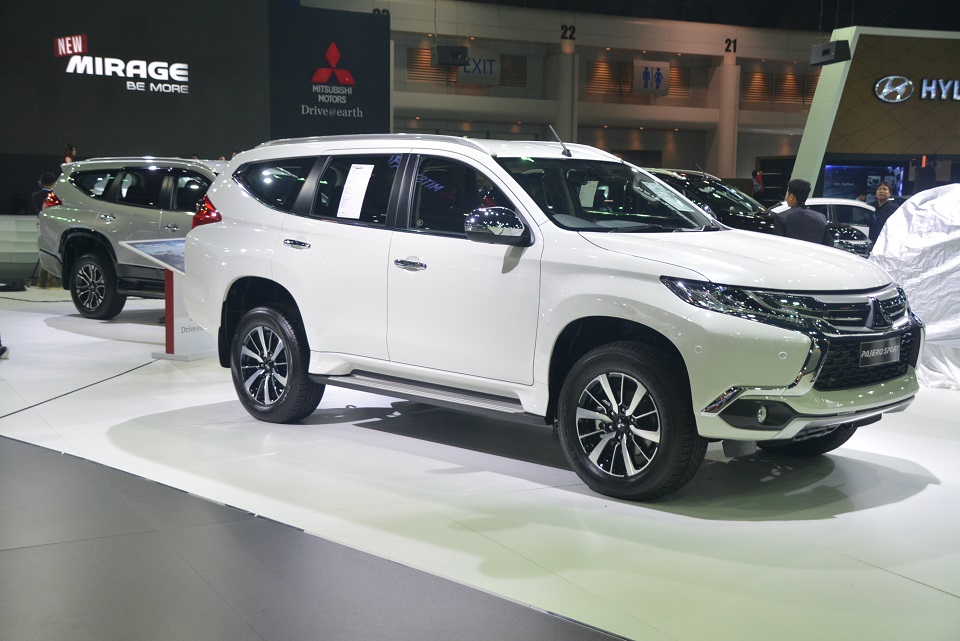 Styling-wise, the new Pajero Sport deviates significantly from the current Triton which it is based upon, featuring a completely revised front end. The rear is notable for its distinctive enlongated tail light, which clusters at the D-pillar but stretches far downward like blood dripping down a wall. We are not sure if the market will be receptive of it.

Inside, the Pajero Sport accommodates seven occupants across three rows of seats. Like its exterior, the Pajero Sport’s cabin is also a major departure from the Triton. Notably sporting a more matured-looking four-spoke steering, electronic parking brake, and a plusher selection of materials.