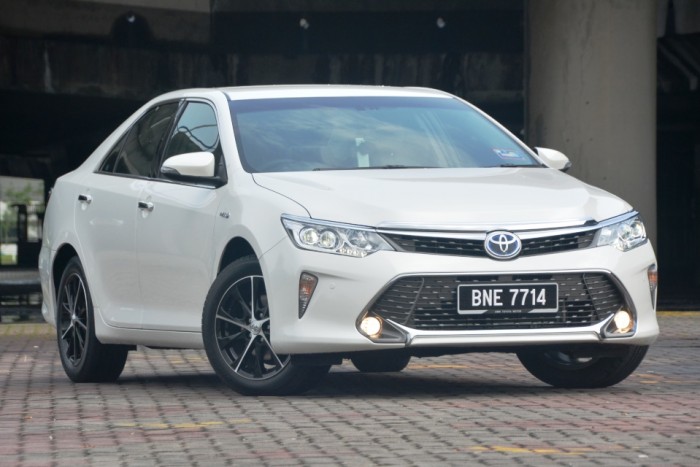 Whilst we all know that Toyota is not the pioneer of hybrid propulsion, few would argue against the notion that it has been, at the very least, responsible for pioneering many innovations in the field from the moment the original Prius was launched in 1997. Since then, the Prius has moved into its third model generation, and the patented Hybrid Synergy Drive architecture has made its way across the Toyota and Lexus line-ups worldwide.

Here in Malaysia, the Government’s pre-NAP tax breaks on hybrid vehicles saw a brief burst in popularity for the Prius, Prius c, and Lexus CT 200h that unsurprisingly died off the moment import and excise duties were restored to full for these models. Toyota, of course, is nothing if not adaptable, and taking advantage of the current tax regime that seeks to promote local assembly of advanced energy efficient vehicles, the company now brings us the CKD Camry Hybrid to offer buyers at the D-segment’s upper end a completely new value preposition. 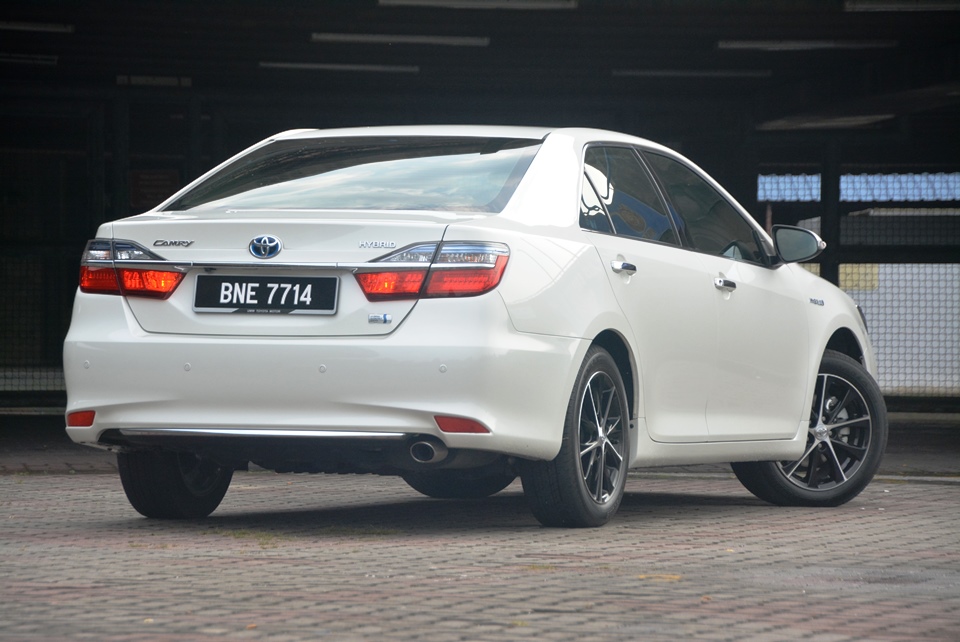 Slotting above the 2.0-litre models previously reviewed, the Hybrid takes over from the outgoing 2.5V as flagship of the Camry range. Exemptions from tax brings its asking price from what would have been well north of RM200k to just RM174,900 with GST and insurance. Relative to the Accord (RM173k) and Teana (RM169k) in their highest respective specifications, it’s still the costlier option, but the overall difference, especially after spread over a typical loan tenure, becomes relatively insignificant.

Our review of the 2.0G took issue with Toyota’s less than adequate deployment of safety aids, but the Camry Hybrid is assuredly free of such complaints. In addition to making stability control standard as it should be in this price range, Toyota has additionally thrown in blind spot warning and seven airbags. Reverse camera, integrated into the factory-fitted 7-inch touchscreen head unit, becomes standard as well; to have this feature in the 2.0E and 2.0G requires paying for the optional DVD-AVN system.

All variants of the Camry fare rather well on the amenities front; the Hybrid expands on the 2.0G’s already-decent list of creature comforts with the addition of LED headlamps (replacing standard xenons), auto wipers and headlights, Qi wireless charger, and sunshades for the rear passengers. 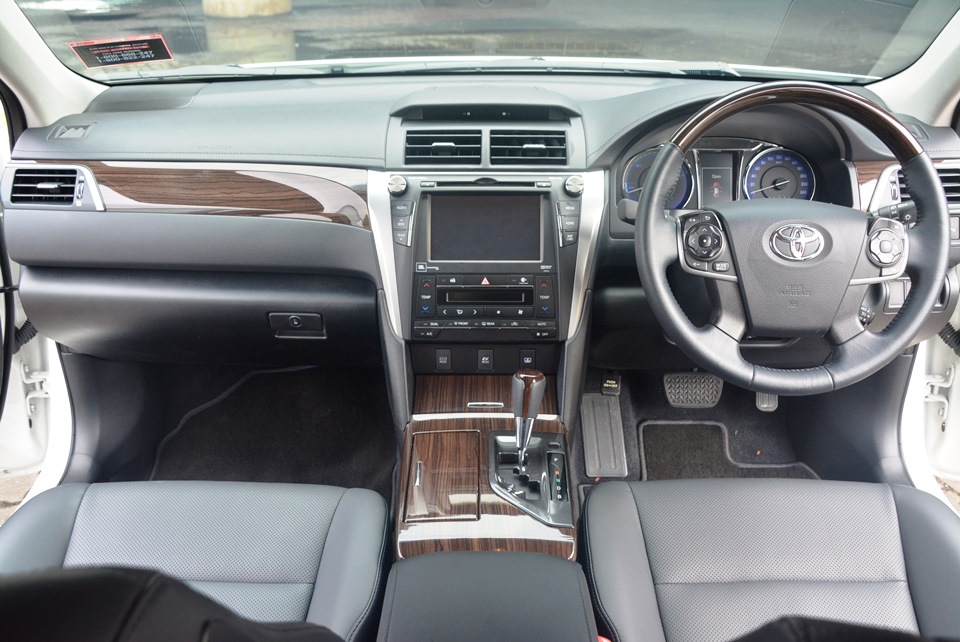 Although this is the first offering of a Camry Hybrid in Malaysia, the variant itself is not new and the 2.5-litre Atkinson cycle petrol engine powering has already been offered in a number of Lexus models namely the ES 300h and NX 300h. Its port fuel injection system and intake-only variable valve timing are both less advanced than the dual injection and VVT-iW systems implemented in the 2.0-litre model’s 6AR-FSE engine.

Built on the same 2AR block as the outgoing 2.5-litre petrol mill, the FXE variant of the engine generates 158hp and 213Nm on its own accord. Combined with 141hp and 270Nm from the electric motor, the Camry Hybrid generates a net system output of 202hp for its front wheels. In the D-segment, only the turbocharged Ford Mondeo and diesel-powered Peugeot 508 GT, both priced above RM200k, offer more power. 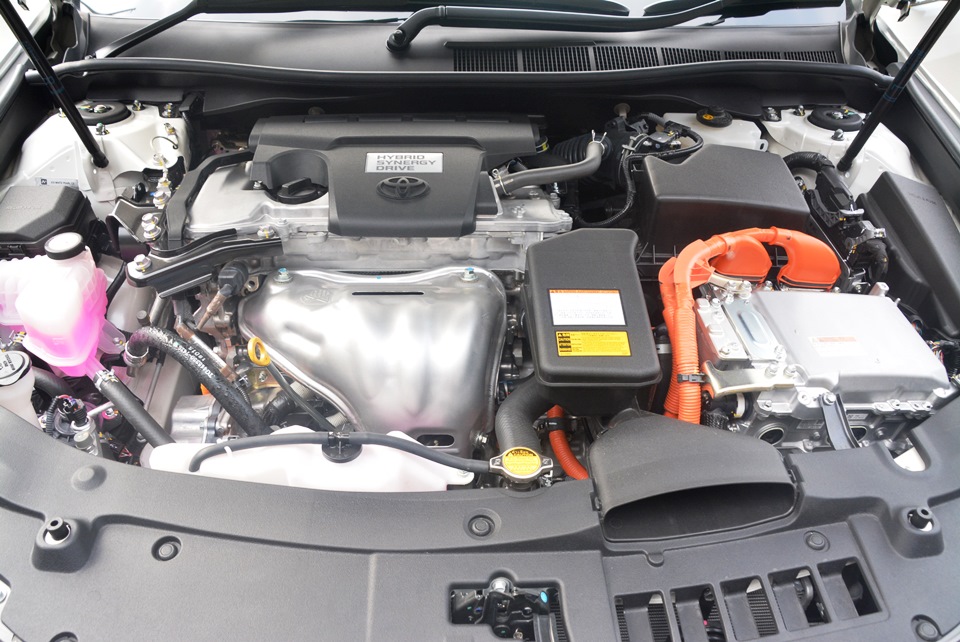 Being a series-parallel hybrid, the Camry is able to call on the services of either or both halves of its powertrain setup depending on situation. Able to power the vehicle on its own up to speeds of 40kph, the electric motor primarily serves to minimize fuel usage from start-up and low-speed traffic. Additionally, the air-con compressor is electrically driven, meaning it continues running even when the petrol engine cuts off.

For the hybrid battery, Toyota has refrained from switching to lithium-ion batteries and is instead persisting with nickel-metal-hydride, which has the benefit of being proven, cost effective, more stable, but bulkier, resulting in reduced boot space from the non-hybrid variants. As an assurance of its durability, the battery is covered by an 8-year warranty on top of the car’s standard 3-year / 100,000km coverage. 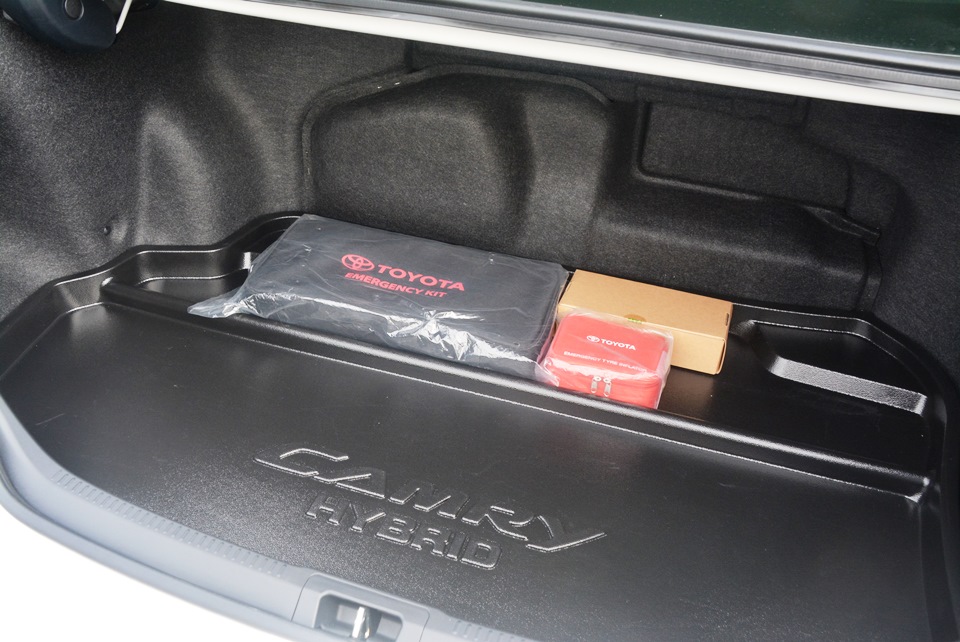 Whilst the general viewpoint on hybrids is that they should first and foremost be economical, Toyota made a point to emphasize the performance potency of the Camry Hybrid as well in its marketing messages – with 202hp on tap, there is no doubt that it has pace to burn. Indeed, at almost any speed, meshing of the throttle is greeted with response that is almost instantaneous and delivery that is pleasantly linear; the resultant pick up of speed is gradual but unmistakably relentless.

Compared to the 2.0-litre model, the Hybrid not only feels faster, its handling balance seems better calibrated too. It is just as comfortable over poor surfaces, yet more sure-footed around corners. Body movements are more effectively contained with roll and pitch both noticeably reduced. We are not talking about new dynamic benchmarks here, but it is pleasing indeed to note that the Hybrid’s enhanced performance came hand-in-hand with improved handling as well. 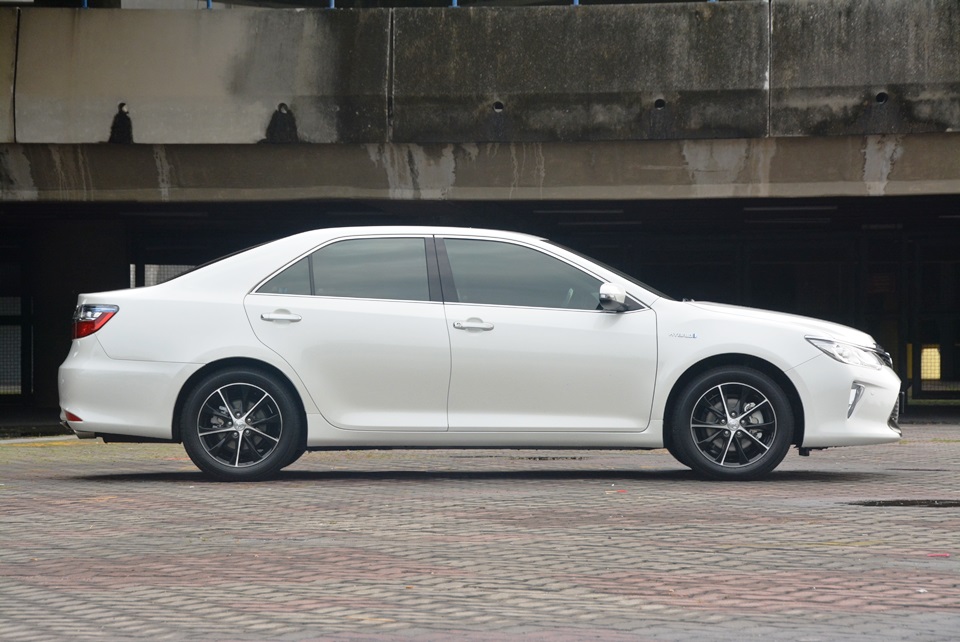 Against rivals, the Camry as a whole has become an easier preposition to stomach. We may argue that the 2.0-litre model still asks for too much of a premium over the equivalent Accord and Teana, but if there were people that can justify buying the pre-facelift model with an older engine at the same price, these same people can justify buying the current one as well.

There is no question, however, that the Hybrid model is the pick of the range. Price reduction over the 2.5V notwithstanding, the Hybrid is not just better appointed than the 2.0, it is also subjectively the better car to drive both on a straight line performance and around bending roads. Against rivals of equivalent spec, its value preposition feels the most compelling. If you’re in the market for a Camry and have the budget to go for the Hybrid variant, there’s no question that you simply should. 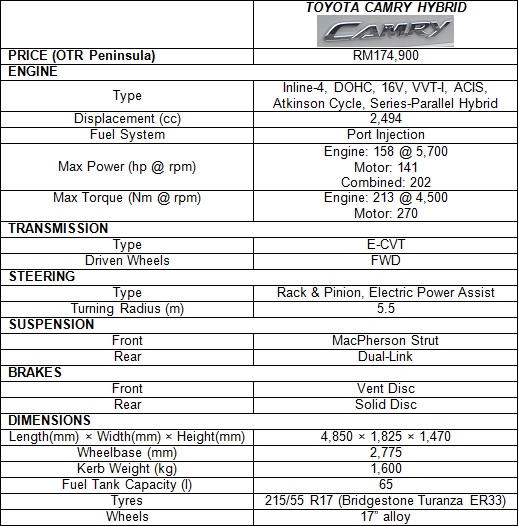