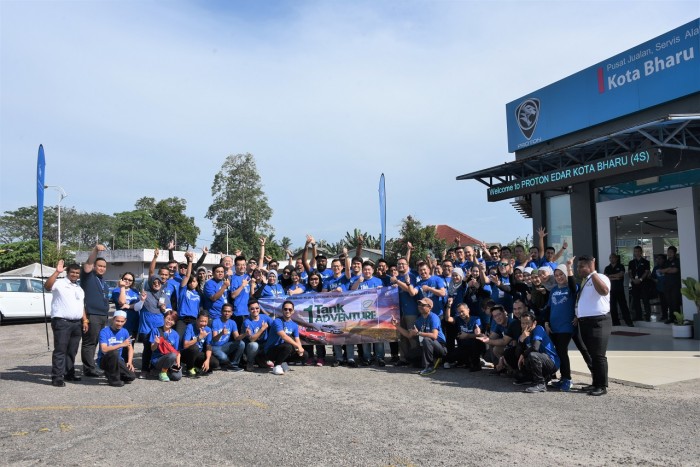 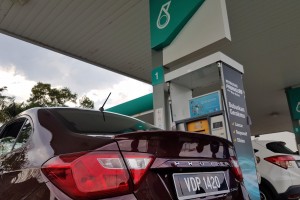 The 2019 Proton 1 Tank Adventure concluded with an epic drive along the east coast of Peninsular Malaysia, after winners of each three preliminary rounds ended their drives visiting the extremes of each region. The first leg saw participants (Proton owners and members of the media) in Peninsular Malaysia travel about 650 km from Proton Centre of Excellence in Subang Jaya to the southernmost tip of the peninsula (Tanjung Piai) via Melaka and Batu Pahat, and ending in Permas Jaya, Johor using one full tank of petrol.

The second leg in Sabah meanwhile, took participants on a 525 km round trip from Kota Kinabalu to the northernmost tip of Borneo island i.e. Kudat, while the third leg was held in Sarawak where participants drove a 450 km round trip journey from Kuching, to Damai and then the easternmost tip of the state at Teluk Melano. The mileage covered in East Malaysia is significantly lower due to the more challenging road conditions and terrain in the two states. 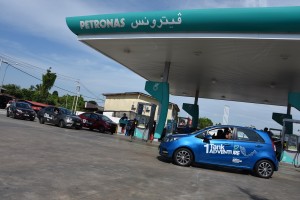 With winners from each leg determined (a pair of drivers each for Saga, Iriz and Persona categories from the public and the media), the 36 finalists in 18 cars (along with local personalities) were tasked with an even more challenging drive along the scenic east coast of Peninsular Malaysia. The official tally for the drive from the Proton Kota Bharu showroom to the Petronas Jalan Indah station in Johor Bahru is 710 km, via Kuantan and Mersing. 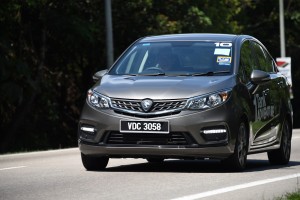 In each of the earlier legs and the final run, all participating cars were given a time limit to reach specific checkpoints to ensure no one drove too slowly for safety reasons. The time factor also played a role as a challenge for the drivers’ ability to efficiently manage the speed. Overall, the average cruising speed was about 70 km/h, which was deemed as a fair representation of real world driving conditions (these are mainly trunk roads where the limit is 90 km/h).

For the final, all cars were fuelled exclusively with Petronas Primax 95 with Pro-Drive (and the tank lids sealed) to make things equal. According to Petronas, Primax 95 has been proven to deliver a smoother, more responsive and efficient drive.

The final fuel consumption results for the winners of each category are: 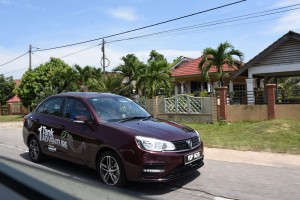 In all categories except one, the Media achieved the better fuel consumption. Yes, yours truly drove the Saga with my peer from Pandulaju.com.my. and did not better the winning Saga owner’s result. But although we were the only winners from the media beaten by the owners in fuel consumption, we still did pretty well overall using just 4.78 litres per 100 km, which is one of the lowest overall consumption on this drive. In comparison to our first leg, my driving partner and I managed approximately 5.6L/100km on that drive. It was not a great achievement but it was good enough to win the close fight to get to the finals. It was an even closer fight in the final round as four of the six competing Sagas managed consumption of less than 5L/100km, illustrating that when driven with care, the Saga is frugal on fuel.

Judging from these results in the finals, the Saga and Iriz could theoretically travel for over 800 km (based on the 40-litre fuel tank). However, we do not advise anyone to run so dry in the real world as any change in terrain, weather or traffic condition will affect the overall fuel consumption. Furthermore, we had support cars trailing behind to provide assistance (including fuel if necessary), something one does not get on a regular day.

“The Proton 1 Tank Adventure covered more than 2,305 km to measure the fuel efficiency of our cars. Multiply that by the number of competing teams over all four events and over 40,000 km would have been logged. This is a ringing endorsement for the fuel efficiency of Proton cars as the figures were obtained by owners and members of media on public roads instead of the confines of a laboratory test,” said Dr Li Chunrong, Chief Executive Officer for Proton.

“PROTON would like to have more customer driven events in the future as we want to show all car buyers what Protons are truly capable of. From their fuel efficiency to their styling and advanced features to the ride and handling balance engineered in to all our cars, there are many reasons to choose a Proton as your next car and events such as the 1 Tank Adventure are a great platform to showcase those reasons,” added Dr Li. 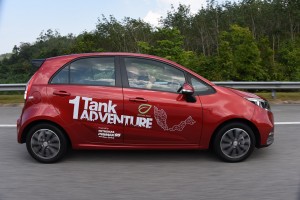 But while there are detractors who do not see the point of this exercise, we need to take in the overall view that not everyone in this country drives on tolled highways, and always at the speed limit. The average speed of this group probably represents real world driving for the suburban and rural crowd.

And as mentioned before, such exercises by a car company also aid in engaging with its customers to build rapport and gain feedback on its products and services. It was also a chance for the owners to gain a better understanding of their own car in terms of fuel economy and dynamic manoeuvres (done separately from the drive in a closed circuit).

Furthermore, this trip presented participants the opportunity to see parts of the country that we may not visit (I have never visited Tanjung Piai or Pantai Rhu until now), especially for the group from East Malaysia who also got to try out the local Semenanjung delicacies. And we ended the trip with more friends than we started with.