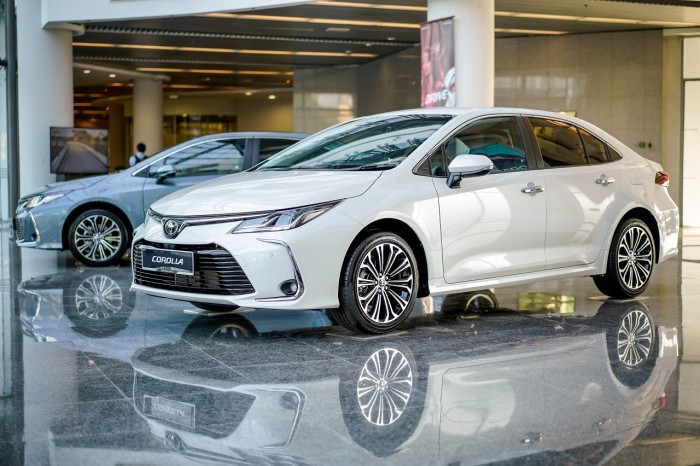 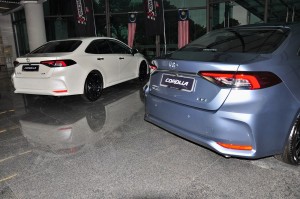 The 12th generation #Toyota Corolla had its official launch recently in Genting Highlands, and some of the media had a chance to drive one up to the launch event. To recap, there are two variants of the Corolla Altis i.e. 1.8E (RM128,888) and 1.8G (RM136,888). The Corolla is imported CBU from Toyota’s regional production hub in Thailand.

Both variants are powered by the same 1.8L 2ZR-FE engine optimised to run on our RON 95 petrol. The engine produces 139 PS and 172 Nm of torque and is mated to a 7-speed Sequential Shiftmatic continuously variable transmission, with paddle shifters, to drive the front wheels.

The new Corolla is built on the new TNGA (Toyota New Global Architecture) platform and what we get is the “Prestige” version which bears similar looks to the new Camry. Other markets like USA and Japan get the “Sporty” version. 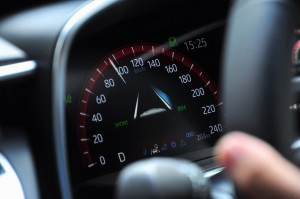 Our Genting Highland drive was peppered with traffic on the way up and with some traffic as well as a damp road on the way down so we did not take the Corolla to the limit, which is exactly what the typical Corolla buyer would do. This is after all, considered a family or executive sedan in this market and will possibly be treated with less aggressiveness. 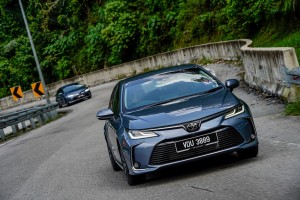 And this is where the Corolla stands out, in a quiet way. For what it is meant to be, it has enough power. That is until you compare it with its typical class rivals. But if you don’t do the comparison, the Corolla is brilliant in its own right. The engine and gearbox work competently even when enthusiastically pushed to ferry three adults up the mountain. There are the usual concerns with CVT but this sort of transmission is becoming more common and people are more used to its behaviour. In city driving, a CVT has the advantage of helping with frugality. But when you wish to unleash the beast, you at least have Sport mode and manual shifting in the Corolla to try and give you some excitement. There is also Eco mode for those who care about such things. Personally, I did wish it came with just a little bit more hp and Nm, but this may be done to improve the longevity and reliability of the engine and gearbox.

The Toyota Safety Sense suite is useful though the Lane Departure Alert might be a bit naggy for some. The Dynamic Radar Cruise Control and Lane Tracing Assist help take some stress off long distance cruises and even congested traffic commutes. 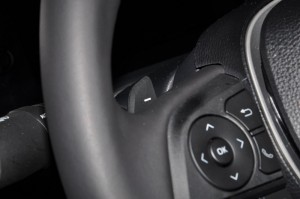 Something else that stands out is how compliant the car is around corners. The rear double wishbone suspension with stabiliser (and the TNGA) makes a world of difference to the ride and handling. Watch the video below and you can see how little the rear passenger is affected when the car goes into the corner fast. There is tyre screech and a bit of body roll but that was just about all the drama available as the lateral forces on the rear passenger is pretty much kept in check; the suspension is tuned on the soft side. The way the seats support you also help. The downside to the rear seat is the backrest which feels a bit too upright. Again, this may be a compromise for having double wishbone at the rear.

Noise, vibration and harshness is kept in check for the most part, until you breach the speed limit. Driving vision is good due to the lower position of the windscreen base, the glass panel by the A-pillar, and the relocation of the wing mirror to the door panel. According to Toyota, the height of the dashboard has also been reduced to improve visibility. 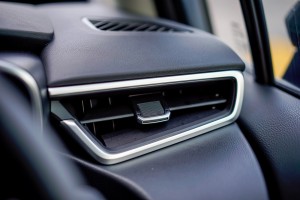 But this is also where certain mismatches are noticed. For one, the corners of the dashboard where the air vents sit do not match up to the window sill giving it a disjointed appearance. It is not a deal-breaker for me because the advantage gained with front and side visibility outweighs this aesthetic. The second one is the upstanding touchscreen display unit. Initial reaction skewed on the less than positive at the 6.8″ screen and large bezel. In comparison, the Corolla found in certain markets has an 8″ screen but with added physical buttons on the side to reduce the bezel real estate. In all fairness, the screen is at level of the meter cluster and multi-info display so your eyes do not move too far away from the road. The bezel height could be a little lower so hopefully Toyota will improve on this in the next iteration. On the bright side, the bezel space is great for customised artwork.

There are images and videos below for you to consider if the new Corolla Altis is suitable for you.