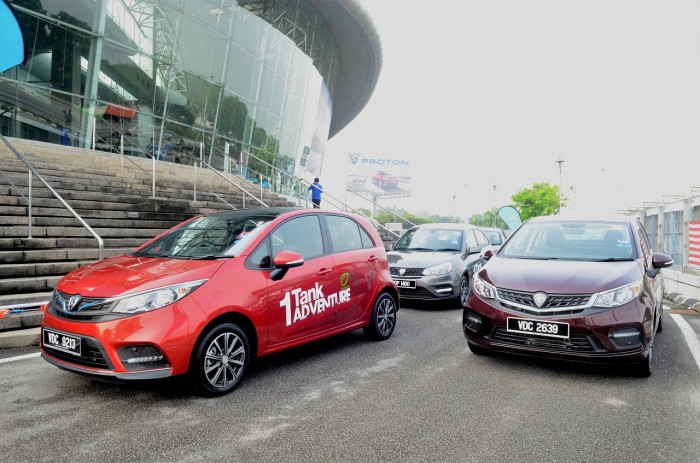 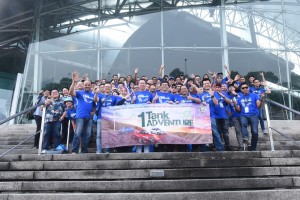 Back for the second time, the Proton 1 Tank Adventure kicked off last week with the opening preliminary round taking place over the Malaysia Day weekend. The first round involved a total of 60 participants in 30 cars, comprising of the 2019 editions of Proton Iriz, Persona and Saga. The group set off on this weekend adventure to cover a total driving distance of 650 km (more for those who got lost, missed turns or decided to do pitstops), starting from Proton’s Centre Of Excellence (COE) in Subang Jaya to Permas Jaya in Johor Bahru and back again, eventually ending up at the Malaysia Agro Exposition Park Serdang (MAEPS) and finally Setia Gemilang in Sungai Buloh, Proton’s first 4S centre. 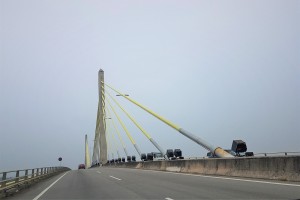 But it was not such a straightforward drive. In between Subang Jaya and Johor Bahru, all the participating cars had to make stops at Melaka to feast on local fruits before heading off to Perigi Batu Pahat and then Tanjung Piai National Park, the southernmost point of mainland Eurasia. The convoy stopped for the night in Johor Bahru before continuing the journey up the North-South highway to Setia Gemilang; a fuel stop at the Ayer Keroh R&R was a necessity to continue this journey. 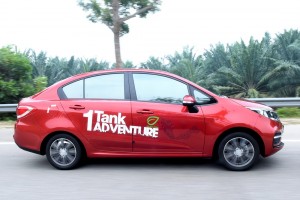 If you have not heard of the 1 Tank Adventure, it is Proton’s initiative to showcase its newest models in a real world setting as well as to engage with its customers. Driving on Day 1 was not made any easier with heavy traffic courtesy of the long weekend, the haze, and a spot of wet weather. It was made more challenging with missed turns due to stuttering navigation app or confusing road signs as well as a large number of trucks and buses. Therefore, the driving conditions were less than perfect for impressive fuel economy numbers, especially when everyone had to reach the checkpoints within a stipulated time (this makes it difficult to hypermile). But most participants somehow were able to eke out extra metres from that one tank of petrol. Not all made it to the refuelling stop though, with one car running out of breath a mere 500 metres from the Petronas station at Ayer Keroh and a few were stranded a few kilometres away. 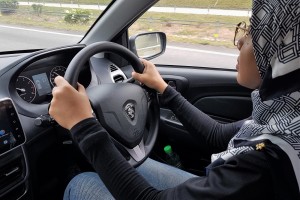 The fact that the participants managed to complete the roughly 650 km fuel economy challenge portion of the event is a testament to the fuel efficiency of Proton’s current range of cars. The best theoretical maximum range achieved, based on the 40-litre fuel tank size of the cars used, was 809 km. This is an impressive result despite having had to keep to a high minimum average speed for safety reasons despite the challenging conditions faced. 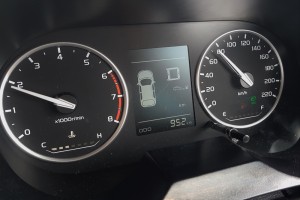 A good portion of the drive was on trunk roads and we typically cruised (when possible) at between 70 km/h – 90 km/h, using the Eco Guide indicator light in the meter cluster, as well as the real-time fuel consumption  reading in the multi-info display as reference.

Though its main goal is to showcase the real-world fuel efficiency of Proton cars, the 1 Tank Adventure is also an opportunity to demonstrate other selling points that play a prominent role across all of these three models. One easily missed feature is the ride and handling balance as well as the safety equipment engineered into the cars. 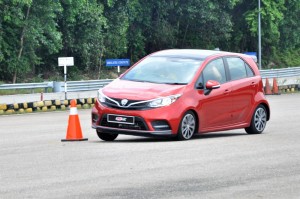 All participants expected their cars to be able to finish the fuel efficiency challenge, but only few were aware of the dynamic abilities of their own cars. The Proton owners on this drive, in particular, (as well as some local personalities) were given a chance to do extreme manouevres with demo cars in a closed environment at MAEPS. It is probably true that none of the participants had performed such dynamic driving with their cars.

“I was amazed by the fuel efficiency of our car but I am also truly surprised by the handling capabilities and amount of safety equipment available in a Proton car,” said Rohayudin bin Ya’acob, who was taking part with his son Mohammad Kamarul Eizlan in the latter’s Proton Persona.

“If possible, I would recommend all Proton car owners to grab the opportunity to really test out their cars to the limit because only by doing so can they appreciate the big difference between the ride and handling of a Proton and its competitors. I was also surprised by what Electronic Stability Control (ESC) can do to keep a car safe so Proton has done a great job to ensure a car like the Proton Saga Premium, priced below RM40,000, also gets this important safety feature,” added Rohayudin. 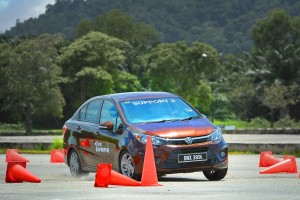 While this exercise may be seen as a bit of chest-thumping to some, we need to bear in mind that most people buy a car to use as a point-A-to-point-B transport and as such would not experience or subject the car to such spirited manouevres. That is, until one is faced with an emergency avoidance situation on the road, in which case the driver will typically panic and possibly lose control. By knowing the capabilities and limits of your car, you can build up more confidence and preparedness should you ever need to for example, avoid a a collision.

Commenting on the successful completion of the first leg of Proton 1 Tank Adventure, Dr. Li Chunrong, CEO of Proton said, “The opening round of this year’s 1 Tank Adventure was very challenging but everyone completed the course safely. More importantly, we gave the participants an opportunity to test their cars in driving conditions that would allow them to experience the safety equipment and dynamic abilities of their cars, proving that our cars offer the best value and driving experience among all vehicles in their class.”

There is no denying that many are not used to driving in this manner but for these Proton owners, it is a useful way for them to experience the extremes their car is capable of, and that it may one day help them out of a dicey situation. Many years ago, I drove my Proton Iswara in the dead of night in a remote area with the optimistic mindset that I could reach the next petrol station to fill up before it closed and continue my journey. The next petrol station was in a very small town, and it was naturally closed at that time of night. Thankfully I made it to my destination despite running on fumes. Unlike in the 1 Tank Adventure, at that time I did not have a Sweeper car that was carrying extra petrol all ready to help me.