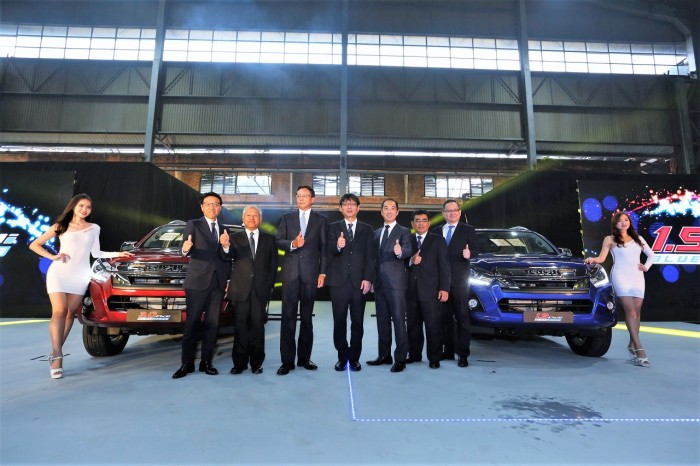 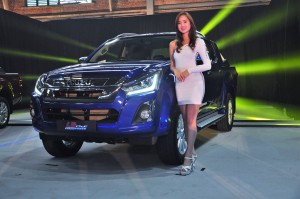 Isuzu Malaysia has launched the updated D-Max pick-up truck with a new 1.9L Blue Power diesel engine. This new engine is designed to meet future requirements for reduced fuel consumption and lower CO2 emissions and makes the Isuzu D-Max the first pick-up truck in the country to be certified as an EEV (Energy Efficient Vehicle).

Founded in 1916, Isuzu Motors is one of the oldest automotive manufacturers in Japan (the Isuzu nameplate saw its first use in 1934) and has produced some 25 million engines. Developed internally over four years by Isuzu Motors in Japan, the 1,898 cc RZ4E-TC engine surpasses all its design parameters, despite its smaller displacement, by increasing engine performance, durability and better economy, lower NVH, lower friction and operating cost. The engine boasts technical breakthroughs that have resulted in a higher engine output of 150 PS @ 3,600rpm (up by 10%) and 350 Nm of torque (up by 9%) between 1,800 and 2,600 rpm over the 2.5L 4JK1-TCX engine that it replaces. 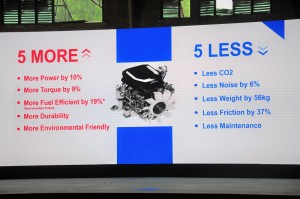 Some of the engine’s efficiency and durability comes from the use of pistons with a tough graphite coating, diamond-like-carbon coated fuel injector needles, optimised combustion chambers as well as high performance steel timing chain. While the engine output has increased, there has been no sacrifice to Isuzu’s legendary fuel economy or dependability. Tests conducted in Thailand show a 19% improvement in fuel economy while a reduction in internal friction by 37%, suggesting that there will be less wear on engine components as well, thereby increasing the life expectancy of the engine. The engine is also 20% lighter (56 kg) and is less noisy (6% lower decibels in the cabin).

The engine is paired with a a new transmission system, with six forward cogs for both the manual and automatic gearboxes, to offer a performance level that is superior to the 2.5L that it replaces. As a result, the new Isuzu D-Max provides improved acceleration and overtaking while offering relaxed cruising from its two overdrive top gears. 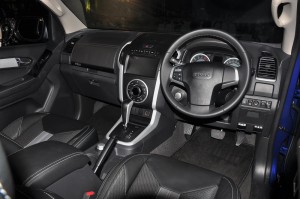 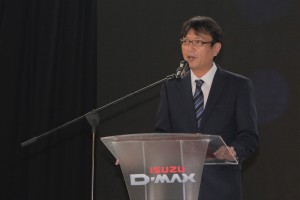 “Pick-up truck users place a high demand on their vehicles to help them get the job done. They require trucks that are intrinsically capable, operating with minimum fuss or cost. In this respect, the new Isuzu D-Max offers excellent value from its enhanced performance, lower fuel consumption, lower operating costs and with the road tax structure in many parts of Malaysia, lower road tax too,” said CEO of Isuzu Malaysia Mr Koji Nakamura. 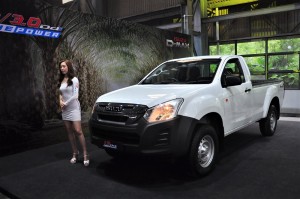 Isuzu Malaysia is offering the D-Max with 11 variants for every budget range (from RM86k to RM121k) and usage requirement. In particular, the brand has focused part of its range on the business segment, starting with the new entry – the 1.9L low ride 4×2 manual that is directly aimed at serving the business community. This is followed by the single cab models that come with 1.9L and 3.0L engines, both with 4×4 drivetrain. Then come the double cab versions available in manual or auto in Basic (Type B) and Premium trim. Joining this line-up is the new 4×2 auto version aimed at the urban user who does not require the 4×4 function. Topping the line-up are the 4×4 Auto Premium variants both with the 1.9L and 3.0L engines. Isuzu will continue to offer the 3.0L variants due to market demand. 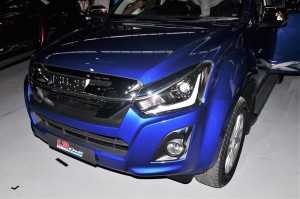 On the exterior, the front grille design has been changed to one with a blend of black and chrome. The Premium variants get a bumper redesigned with new fog lamp garnish. Also for the Premiums are a new headlight cluster with bi-LED projector headlamps and LED DRL. The headlight throw can be manually adjusted by the driver according to the vehicle load to avoid glare to oncoming vehicles. The new Isuzu D-Max comes with a new 18″ alloy rim design for a sportier look and aids in sharper handling. 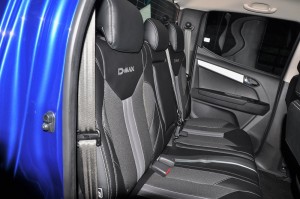 To complement the 6% reduction in engine noise of the new 1.9-litre engine over the 2.5L version, Isuzu engineers has made the interior of the new D-Max plusher with the addition of soft-feel materials on major panels. Not only do these help absorb sound to make the interior quieter, but when matched to the dark interior trim and the new-design leather-fabric combination seats, the new Isuzu D-Max’s interior takes on a more inviting and comfortable outlook.

A high-speed USB charging port sits ahead of the gear selector and the Isuzu D-Max now comes with a secondary USB port situated behind the centre compartment for rear passengers to use. 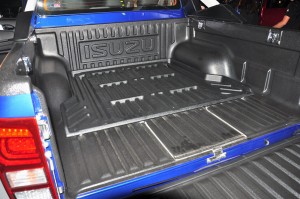 Isuzu has also developed a soft-touch tailgate that is available as an option, to aid loading. The mechanism uses a novel strut to control the opening speed of the tailgate while a torsion bar makes lifting possible using just one finger. Also available is a pull-out loading tray for added storage convenience.

Buyers of the new Isuzu D-Max during the promotional period which ends on 31 October 2019 will enjoy a special 5-year unlimited mileage warranty and a free maintenance package for the next eight years (terms and conditions apply).

To celebrate this launch, Isuzu Malaysia is conducting a nationwide test drive campaign at all its dealerships where a mystery gift awaits all who test drive the new 1.9L Blue Power Isuzu D-Max between September 21 and October 31 2019. Prospects will also receive a ticket that entitles them to be in the running for a Blue Fever lucky draw at the end of the promotional period.