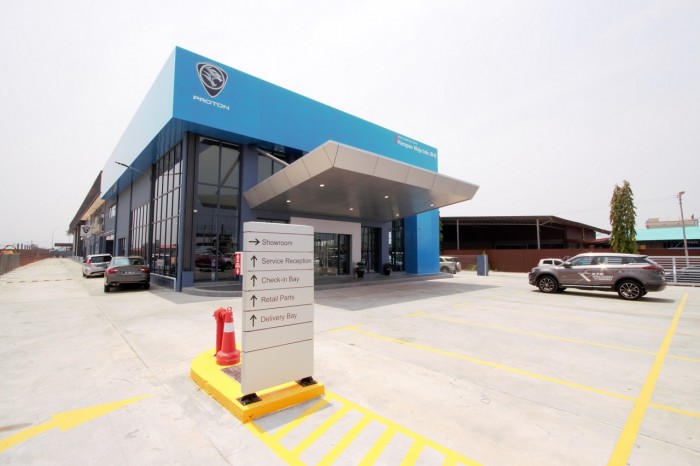 Proton seems to be moving forward in the Sabah state capital of Kota Kinabalu with the brand recently opening its second dealership in KK which carries its new corporate identity; the first Proton flagship 4S centre in Malaysia was also opened in KK recently. 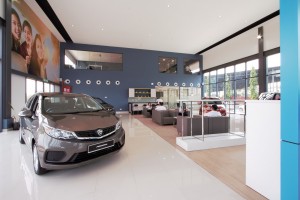 This newly launched Proton 3S centre is operated by Harapan Maju Sdn Bhd at a cost of RM8 million. Harapan Maju is a new Proton dealer that sees great potential in the brand. Furthermore, Harapan Maju bucks the industry trend as it is led by a team of women who are actively involved in the daily operations of the business, overseeing sales, service and marketing.

“We took the opportunity to start a Proton dealership because we have a lot of faith in the brand. Currently the brand resonates well with the market. People are taking notice especially with the new line-up of exciting models. The technologically advanced features as well as the competitive pricing have also caught the attention of the public,” said Jovinia Wong Kyau Yun, Director of Harapan Maju Sdn Bhd.

This new 3S outlet has a built-up area of 1,686 square meters. It houses of 12 service bays and 6 service hoists; the parking lot can accommodate up to 50 cars. Amenities such as free WiFi, a coffee bar, laptop charging area, kids’ area as well as prayer room are available in the showroom.

“We are delighted that many are taking up Proton dealerships. The fact that they are happy to be associated with the brand says a lot about the future of the company,” said Dr Li Chunrong, Chief Executive Officer of Proton.

Year-to-date sales for East Malaysia had increased by 22% compared to the same period a year ago, while in Sabah, that increase is 32%.

The launch of the Harapan Maju Proton 3S Centre was officiated by YB Phoong Jin Zhe, Minister of Youth and Sports Sabah and Cheng Seng Fook, Director of Marketing, Proton.