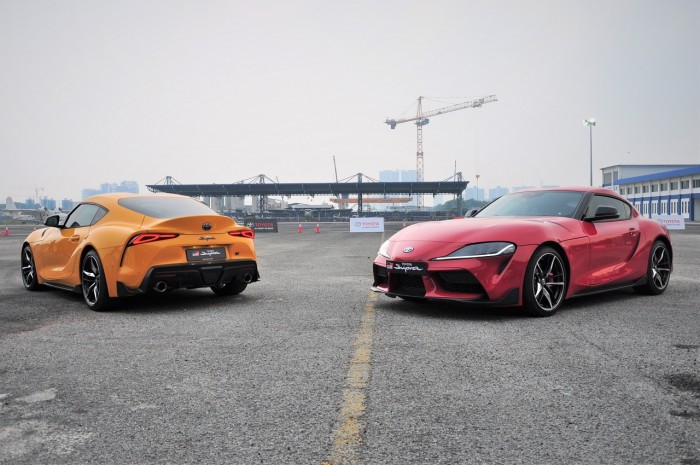 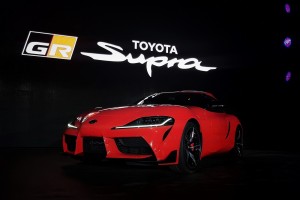 Call it what you want, but there is no denying that the Toyota Supra is legendary. And after laying low for nearly two decades (production of the fourth generation stopped in 2002), the iconic sports car is back. This time, it comes with the ‘GR’ branding which represents Gazoo Racing – Toyota’s push for a more motorsports-centric halo range. 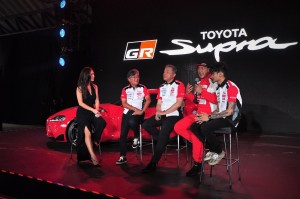 With the launch of the all-new A90 Toyota GR Supra in Malaysia, UMW Toyota Motor aims to further utilise the Gazoo Racing success in motorsports to help brand and develop a model range that leans on the sportier side, in addition to its regular range of vehicles, to appeal to a different set of customers. 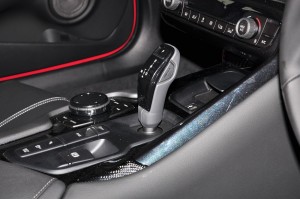 The GR Supra is the first GR model to be developed and produced by Toyota Gazoo Racing for the global market. The Malaysia variant is the Supra GTS which is fitted with a 3.0L 6-cylinder engine with twin-scroll turbocharger. This engine is paired to a quick-shifting 8-speed electronic automatic transmission and is good for sending 340 PS and 500 Nm of torque to the rear wheels (wheels are mixed size 19″). Using the launch control, you can take the GR Supra from zero to 100 km/h in 4.3 seconds. 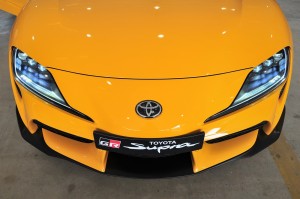 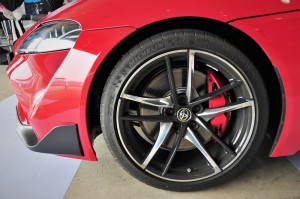 In a brief test drive of the GR Supra at the former Sungai Besi air base runway, we got a taste of the Supra’s acceleration potential as well as its 50:50 weight distribution. The level of front-end grip available as well as the predictable nature of the car’s lean into a turn inspires a lot of driving confidence. Top speed is rated at 250 km/h, but running on just section of the runway, I only managed to hit 210 km/h with no drama. It is no secret that the Supra is a joint development with BMW and it is a financially sensible move that has paid off. Despite using BMW hardware, Toyota has tuned the Supra to differentiate it from its continental step-sibling, the Z4. 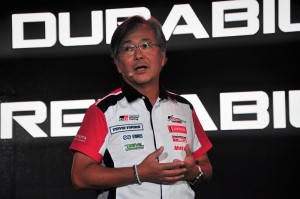 “This time, as never before in the past, so much attention has been paid to its handling capabilities. Our President demanded nothing less than the highest performance and the considerable engineering resources and experience of the company were all drawn upon to develop the all-new GR Supra. This is a sports car in its purest form, with no compromise,” said Mr. Akio Takeyama, UMWT’s Chief Motorsports Officer and Deputy Chairman. 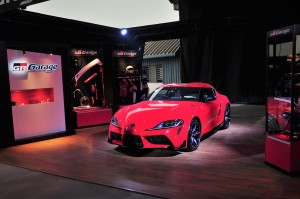 Besides the GR Supra, UMWT also unveiled the GR Garage. This is a shop-in-shop concept available at selected authorised dealerships to sell GR high performance products and merchandise. There are currently five GR Garage outlets i.e. three in the Klang Valley, and one each in the northern and southern regions. Malaysia is the first market outside of Japan to offer the GR Garage.

“The TGR Festival, Vios Challenge and Toyota Velocity Esports Championship have shown how Toyota is injecting more passion into its motorsports activities,” said Mr Takeyama. “However, we find that this is not enough to cater for car enthusiasts and motorsports fans’ needs in Malaysia. So we have come up with a new platform – the GR Garage, a place where they can gather and talk about their passion of cars… especially sports cars and motorsports,” he added.

More information about the A90 GR Supra and GR Garage locations can be found in toyota.com.my/vehicles/gr-lineup/supra.