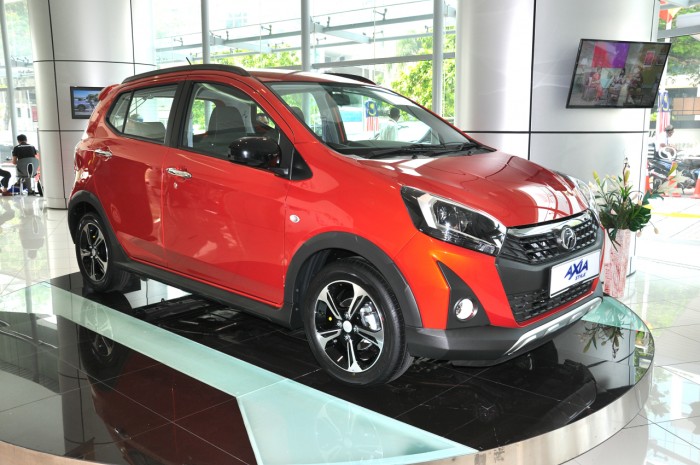 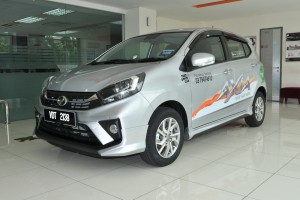 Perodua has launched its updated A-segment hatchback, the Axia. The 2019 Axia is available in six variants i.e. E, G, GXtra, SE, AV, as well as a new STYLE variant, with prices ranging from as low as RM24k to RM43k. 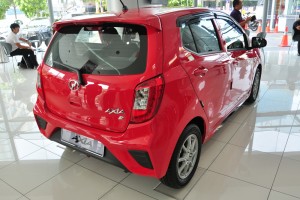 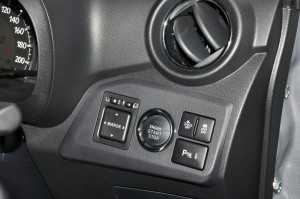 The range-topping AV variant is now equipped with the Advanced Safety Assist (ASA) version 2.0. This system uses stereo cameras to enable driving assistance features such as Pedestrian Detection (effective up to 50 km/h), Pre-Collision Warning (up to 100 km/h), Pre-Collision Braking (up to 80 km/h), Front Departure Alert, and Pedal Misoperation Control. These features help to mitigate and reduce the impact of collisions so it does not mean that collisions won’t happen (it is still up to the driver to operate the vehicle responsibly).

From the GXtra and up, Vehicle Stability Control (VSC) and Traction Control are available. Anti-lock Braking System (ABS) and Electronic Brake-force Distribution (EBD) are found in every variant except the base E. However, ISOFIX anchor points are standard across all variants. Additionally, the SE and AV also come with solar and security window film.

New to the Axia is the STYLE variant, which is primarily a dressed-up Axia. It features rugged looking front and rear bumpers with skid plates, body cladding, roof moulding, rear spoiler, and tail lights in clear lens. It is also fitted with larger 15″ five spoke alloy wheels and comes with a variant-exclusive Sunrise Orange body colour. 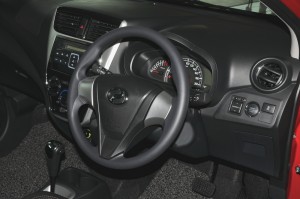 On the inside, there are some differences in the trim, and other than the addition of a push-start button, it is very similar to the GXtra.

“The new Perodua Axia STYLE embodies the desire to be different, to unleash the fun and active side that exists in all of us. It is upbeat and trendy, and at the same time retains all the hallmark Axia qualities of practicality, spaciousness, clever design and ease to drive,” said Dato’ Zainal Abidin Ahmad, Perodua President and Chief Executive Officer. 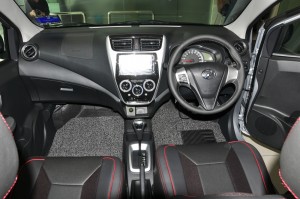 According to Dato’ Zainal, Perodua has thus far received over 5,000 bookings for the 2019 Perodua Axia since it started taking orders on 22 August. “For over a quarter of a century, Perodua has mobilised Malaysia with quality compact vehicles that offer practicality, dependability, ease to drive and low overall ownership costs. For these reasons and more, the Perodua Kancil and Viva were popular choices for an entire generation of Malaysians buying their first car,” commented Dato’ Zainal.

“The 2019 Perodua Axia carries on that spirit while offering Malaysians much more in an entry-level vehicle than ever thought possible. It offers major advances in safety and style never seen before in this segment and yet retains its affordability,” he added.

Body colour choices for the Axia are: Ivory White (also the only colour for E variant), Glittering Silver, Midnight Blue, Lava Red (only for GXtra, SE & AV), and finally Sunrise Orange (STYLE only).