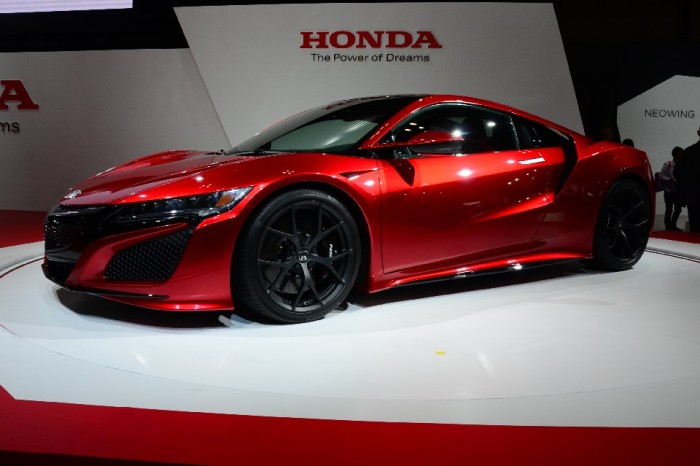 Staying true to its brand slogan, ‘The Power of Dreams’, Honda’s appearance at the 44th Tokyo Motor Show 2015 is lined with exciting displays that highlights the company’s renewed desire to put more performance cars on the market without neglecting global trends that increasingly prioritize clean and efficient energy for the masses.

Simply put, Honda needs to balance its obligations as a responsible corporate citizen to deliver clean energy, ultra-efficient vehicles, and vehicles built for the masses, whilst giving the enthusiasts some excitement to look forward to. Many back in fondness at legendary nameplates like the Civic Type R and the NSX, exciting cars that stirred the soul but seem at one point destined for the scrapheap of history.

If you were among those who mourned the demise of those two models, then you now have reason to smile, as their reincarnations take centre stage at the Tokyo Motor Show. Forget the fact that they will likely be too expensive for the most of us. The Civic Type R might cost over RM300k and the NSX could go past a million ringgit if officially imported into Malaysia. The good news simply is that they are here, and that they are here to stay.

In our three-day programme here in Japan hosted by Honda, we and the rest of the Malaysian media have been given first dibs on the company’s upcoming model plans, and the summary is this – whilst Honda will continue to build cars for the masses, every model in the range will have its halo high-performance variant to stir the imagination. 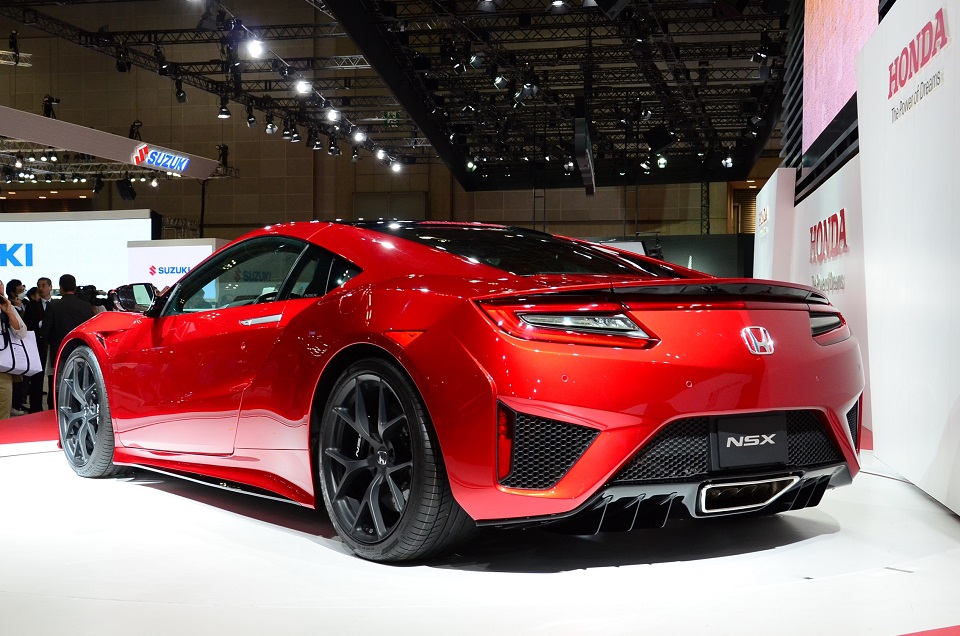 Following a direction started by the Europeans and permeating across the world, Honda will also be embracing downsized turbocharged engines, with the aim of improving fuel efficiency without sacrificing on power outputs.

Speaking at the launch of Honda’s booth at the Tokyo Motor Show, President, Chief Executive Officer and Representative Director of Honda Motor Company Japan, Mr. Takahiro Hachigo said, “Driven by ‘The Power of Dreams’, Honda has always been striving to create new values by converging people’s dreams and our own dreams as creators. We dream to offer people greater opportunities in their daily life and to expand their life’s potential, and therefore we constantly take on challenges to realize our dreams. In doing so, we have always cherished the power that our dreams let us embrace.” 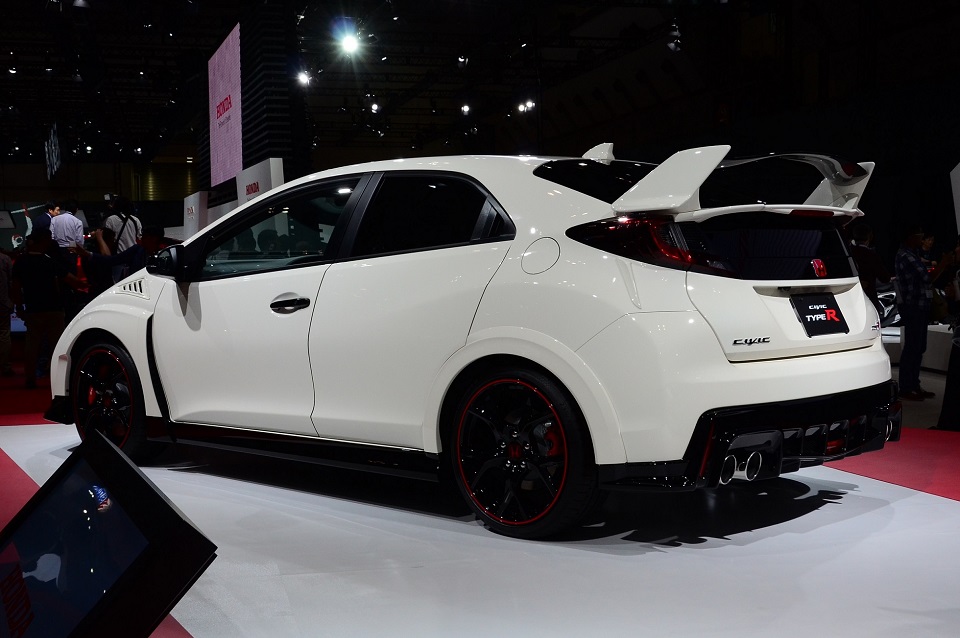 At the forefront is the all-new NSX, developed by the company’s US-based engineers and powered by a sophisticated three-motor hybrid system combined with a direct-injected twin turbo V6 petrol engine to realize both outstanding performance and fuel economy. Launched globally as the Acura NSX at the Detroit Motor Show earlier this year, the new NSX will begin production in Spring 2016 from North America.

Needing no introduction is the Civic Type R, basically a Honda Civic beefed up with performance bits that you can take straight onto any race track, but legalized for the road. Hachigo-san boldly stated that this vehicle was designed with the brief to create ‘the best Civic Type R ever’, essentially telling the engineers to go all out for the kill. Based on the European Civic hatchback, this will be the first ever Civic Type R to use a turbocharger, its 2.0-litre engine developing in excess of 300hp. 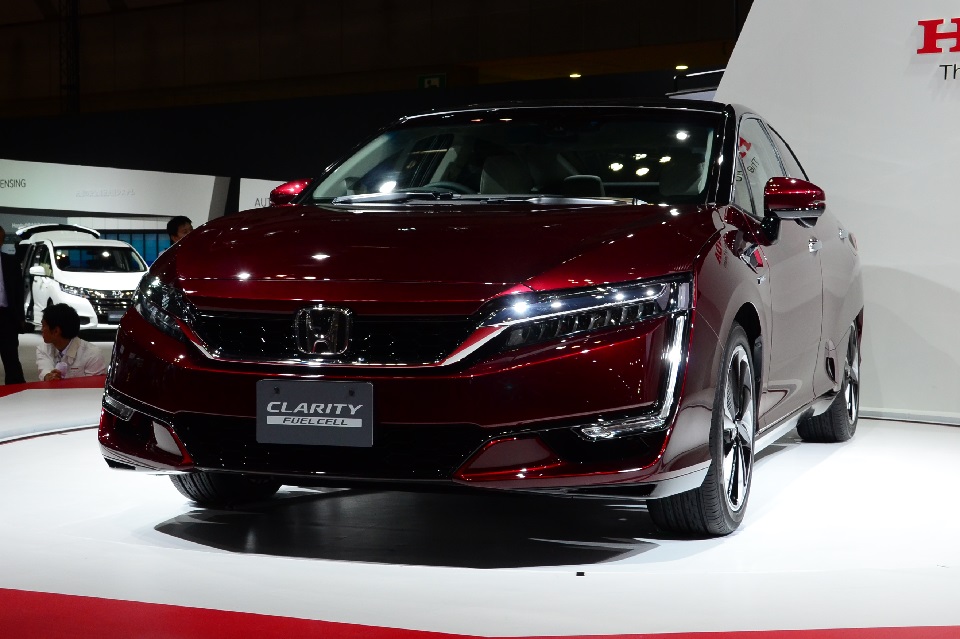 Also shown is the Clarity, Honda’s fuel cell vehicle with a rated cruising range of over 700km, a significant advancement from the original FCV prototype which Honda invited me to try out 13 years ago. Like a normal car, its downsized fuel cell (FC) powertrain sits under the bonnet, making it possible to carry five passengers as comfortably as, say, a regular petrol-powered Accord. Honda has confirmed that the Clarity will go on sale in Japan in March 2016, with US and European introductions to follow.

Closer to home, Honda is on a roll, even if the range now consist of only bread-and-butter products, but they all seem to hit the market sweet spot in offering consumers what they want at prices most are willing to pay. Traditional sellers, namely the CR-V, Civic, and Accord continue to move in strong numbers. The HR-V, notably, has been a runaway success, whilst the City and the Jazz continue to be top sellers. There is a good chance that the range will soon be joined by the BR-V, a smaller, 7-seater crossover model. 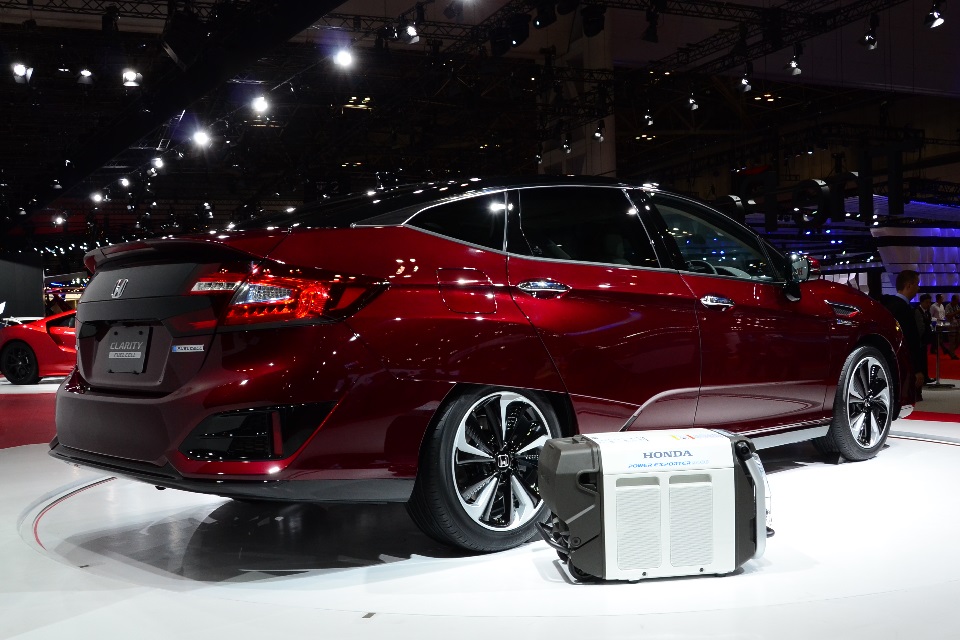