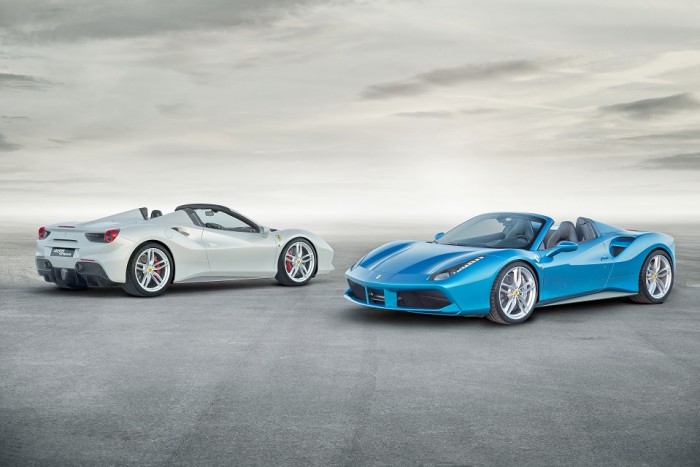 Ferrari debuts its highest-powered V8 convertible ever in the form of the 488 Spider being shown to the public for the first time at this year’s IAA Frankfurt Motor Show.

Derived from the mid-engined 488 Coupe, the 488 Spider features a powered hard top that gives it the ability to switch between open and closed positions in just 14 seconds, even on the move. The top and its mechanism weighs just 25kg and was the world’s first application of such a feature in a mid-engined vehicle when it was first introduced in the predecessor model, the 458 Spider. 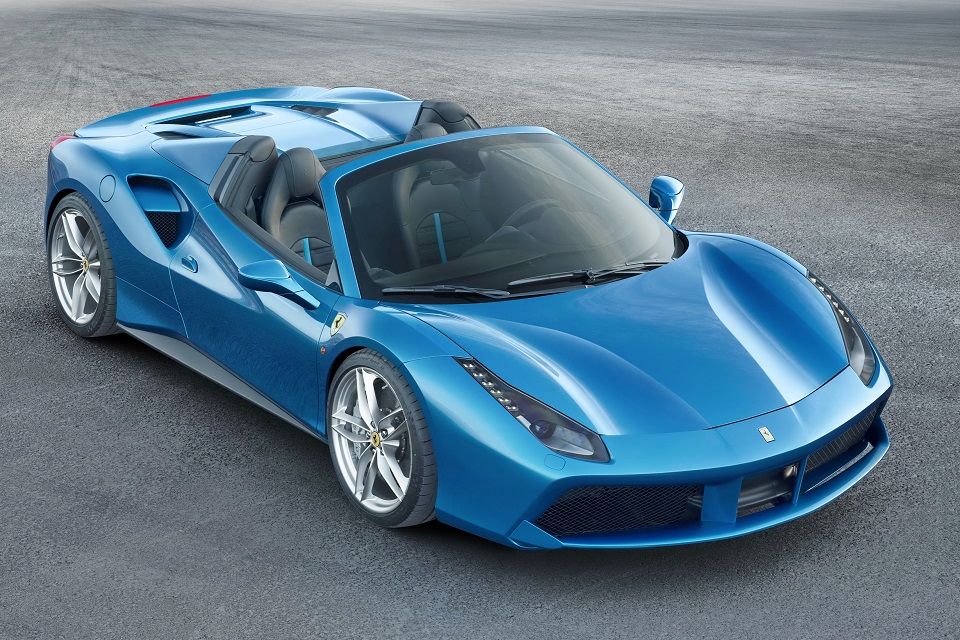 Underpinning the 488 Spider’s chassis is a high performance spaceframe, made from 11 different 6000 series aluminium alloys mixed with varying proportions of magnesium. The usage of these advanced materials help reduce overall weight and, according to Ferrari, crucially helps the Spider achieve similar levels of structural rigidity to its Coupe sibling. Ferrari claims that the 488 is some 23 percent stiffer than the 458 Spider.

Also carried over from the Coupe model is the turbocharged 3,902cc V8 with rated outputs of 661hp and 760Nm, enabling the 488 Spider to accelerate from rest to 100kph in three seconds flat and touch the double ton 5.7 seconds later.

Enhancing the 488 Spider’s handling is the standard fitment of magnetic adaptive dampers and SSC2 Side Slip Angle Control (essentially a fancy ESC that allows some degree of sideways action even in the hands less than professional drivers).