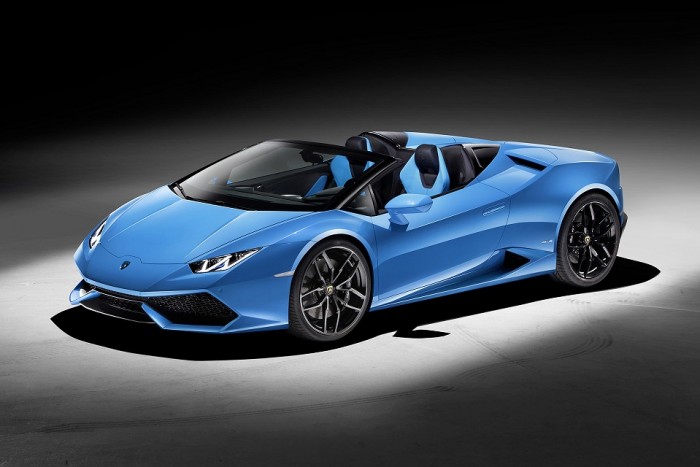 Debuting at the ongoing IAA Frankfurt Motor Show, the Huracan Spyder is built on an advanced aluminium-carbon fibre hybrid chassis that allows it to achieve a 40 percent improvement in torsional stiffness over the Gallardo Spyder whilst keeping its kerb weight down to just 1,542kg. 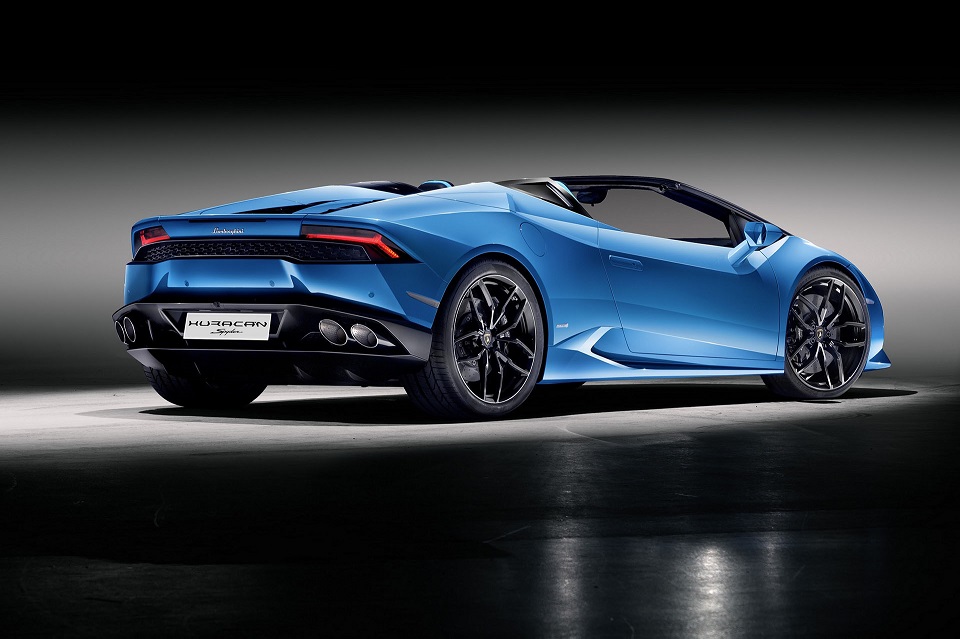 Aerodynamically, the Huracan Spyder is made more slippery through the air with touches such as a smooth underbody, large rear diffuser, and tail-integrated rear spoiler. On the move, Lamborghini claims that the Huracan Spyder is able to generate 50 percent more downforce than its predecessor.

Overhead cover is provided by an electrohydraulically operated soft top that can be opened and close in 17 seconds whilst the vehicle remains in motion at speeds up to 50kph. The fabric top is available in three different colours – black, brown, and red. 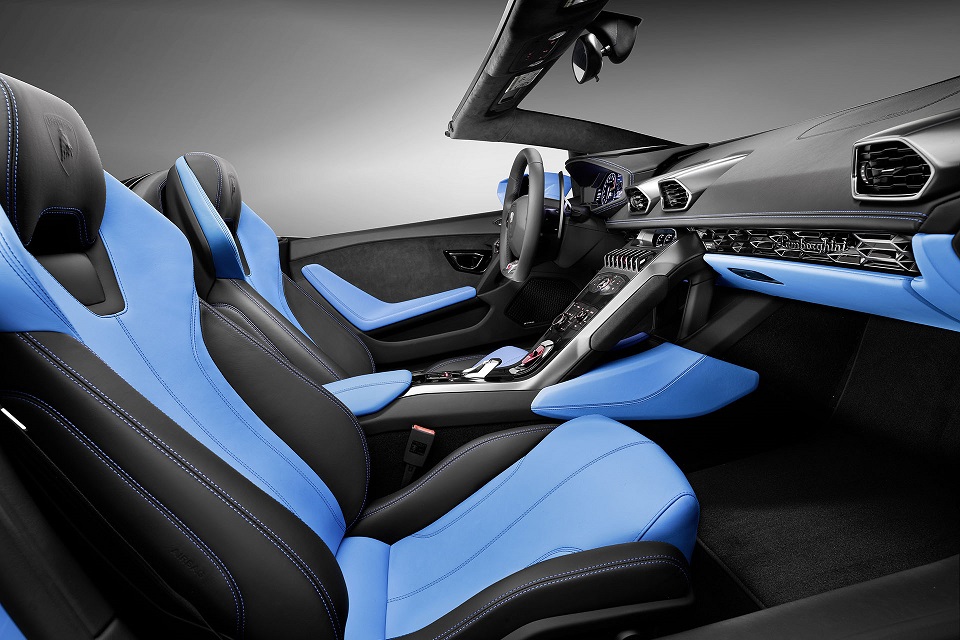 Like its coupe sibling, the Huracan LP610-4 Spyder is powered by a naturally-aspirated 5.2-litre V10 shared with the Audi R8. Advanced technology incorporated into the engine include auto stop/start, cylinder de-activation, and dual injection fuel system. Inline with Lamborghini’s naming convention, the LP610-4 is all-wheel driven with 610hp available on tap at 8,250rpm. Maximum torque of 560Nm arrives at a high 6,500rpm.

Paired with a 7-speed dual clutch transmission, the atmospheric-breathing V10 propels the Huracan Spyder to a top speed of 324kph, along the way hitting 100kph from rest in 3.4 seconds and 200kph in 10.2 seconds. Fuel consumption measured on the standardized ECE combined driving cycle is 12.3 l/100km. A fully-electronic multi-plate clutch allows freely variable distribution of torque between the axles.