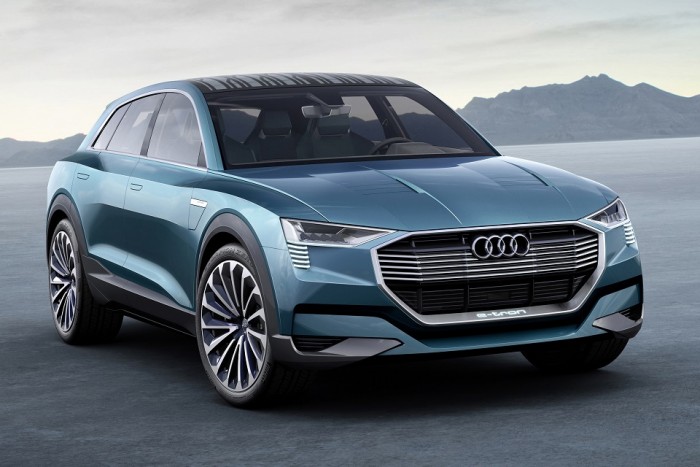 A concept vehicle previewing a new sporty SUV model line from Audi makes its world debut at the ongoing IAA Frankfurt International Motor Show. Called the e-tron quattro, the concept foreshadows a new model from Ingolstadt officially confirmed by the company as being greenlit for production and reported by various sources to be identified as the Q6.

Combining fully electric propulsion with all-wheel drive, the e-tron quattro concept has one electric motor driving the front wheels and a pair behind each driving one rear wheel – we anticipate the production model to eventually include a range of regular TFSI and TDI mills from other members of the Audi stable. 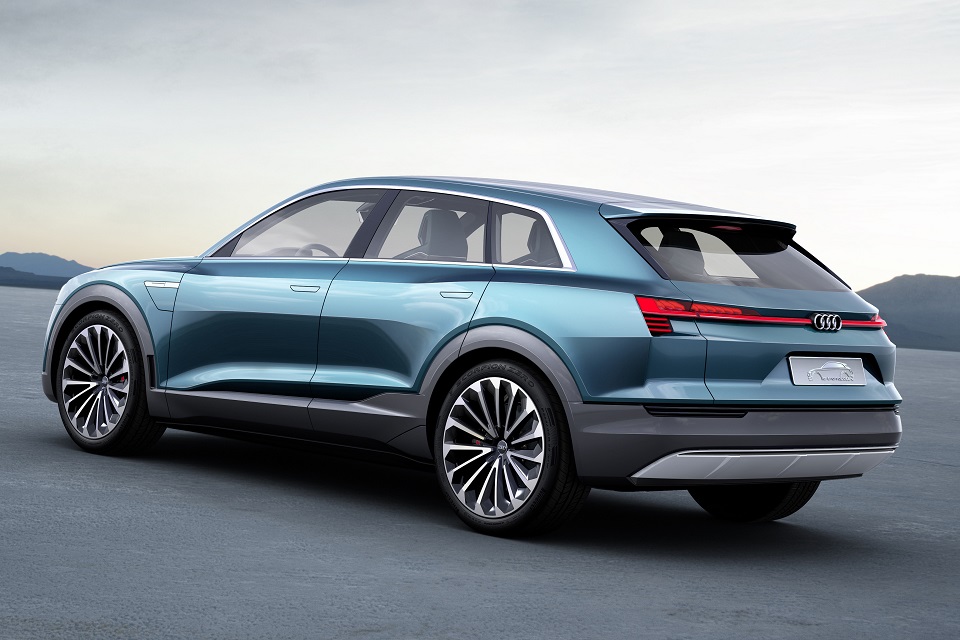 Together, the three motors generate a net system output of 429hp, which can be momentarily raised to 496hp and 800Nm by a boost feature. A driver fully bringing those outputs to bear will have access to a 4.6-second century sprint time and a top speed electronically limited to 210kph.

Supplying current to the three motors is a large 95kWh lithium-ion battery pack mounted into the passenger compartment floorboard. The battery can be charged using both direct (DC) and alternating (AC) electric current in addition to being able to be charged wirelessly. A full charge of the battery, which can be completed in 50 minutes on a 150kW DC charging column, gives the e-tron quattro concept a theoretical range of 500km. Solar cells on the vehicle’s roof provide additional drive electricity. 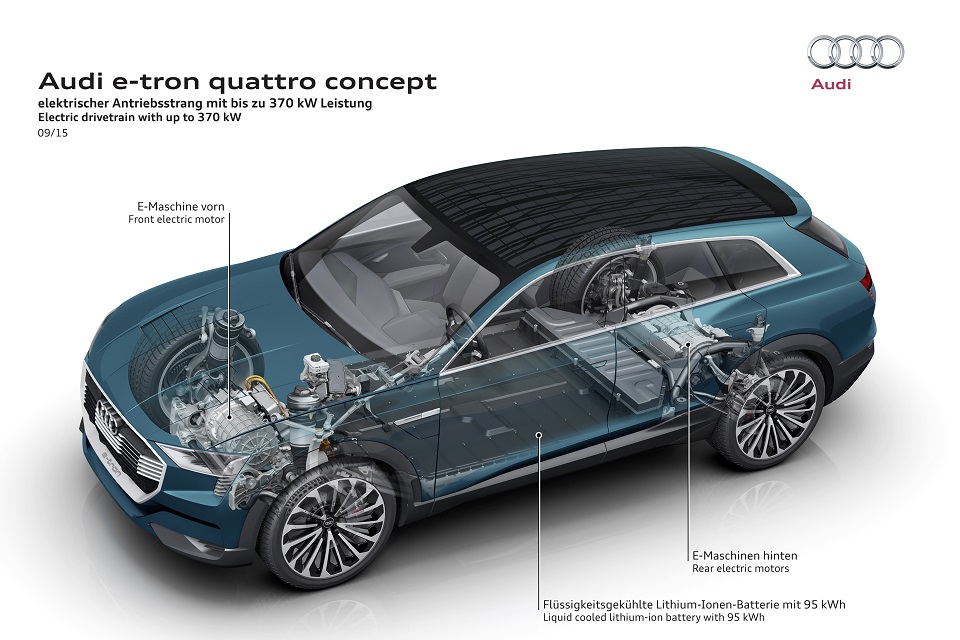 Like all upcoming upper range Audi models, the e-tron quattro concept, as well as the Q6 production which it will inspire, is based on the Volkswagen Group’s MLB modular longitudinal engine platform. The concept’s underpinnings include the fitment of adaptive air suspension which lowers the vehicle’s ride height at high speeds for drag reduction. Dynamic rear wheel steering is also included in the concept’s make-up.

In addition to its latest-generation electric propulsion, the e-tron quattro concept also incorporate Audi’s advancements in autonomous driving technology, including a self-parking system specially calibrated to guide the vehicle to the proper position over a wireless charging plate. 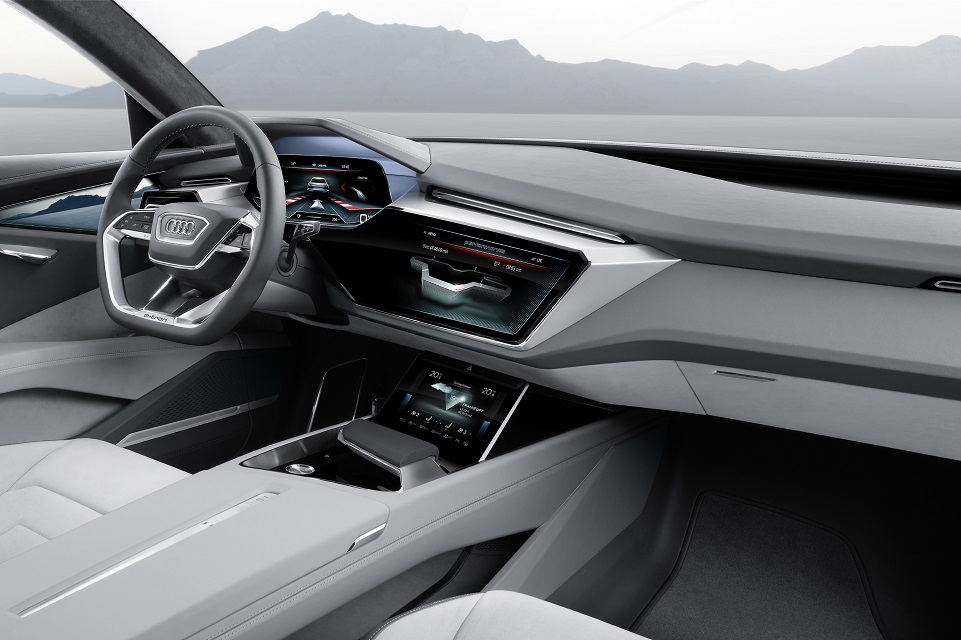 The system is claimed to be almost ready for use in actual production vehicles and is governed by a central driver assistance controller (zFAS) in installed the luggage compartment. Perceiving its surroundings through a network of sensors consisting of radar, video camera, ultrasonic sensors, and laser scanner, the system computes a complete model of the car’s surroundings in real time and makes this information available to all driver assistance systems.