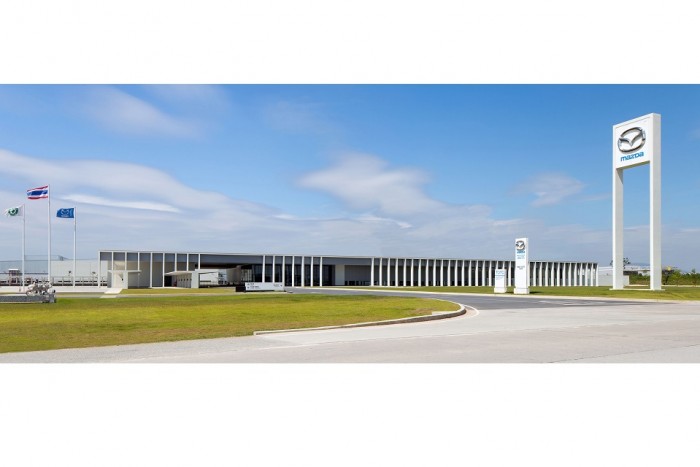 Operations began in January this year, as MPMT became Mazda’s first ever transmission plant outside Japan. It supplements the company’s Hofu plant in making Mazda’s in-house SkyActiv-Drive automatic transmissions. Capable of producing up to 400,000 units per year, automatic transmissions made at the plant will be supplied to Mazda’s production facilities in Thailand, Malaysia, Vietnam, Mexico and China.

In addition to transmissions, the plant will also be responsible for engine manufacture, with pilot production having already begun for the 1.5-litre SkyActiv-D turbodiesel engine powering overseas variants of the Mazda2. Mass production is scheduled to get underway by the last quarter of this year, a milestone that will mark the completion of a comprehensive framework for the production of SkyActiv models in Thailand, including manufacture of engines, transmissions and vehicle assembly.

“With the start of operations at MPMT, Thailand becomes the first production base outside Japan where Mazda is able to conduct comprehensive vehicle manufacture, including production of engines and transmissions and vehicle assembly,” said Mazda’s Representative Director, President and CEO, Masamichi Kogai.