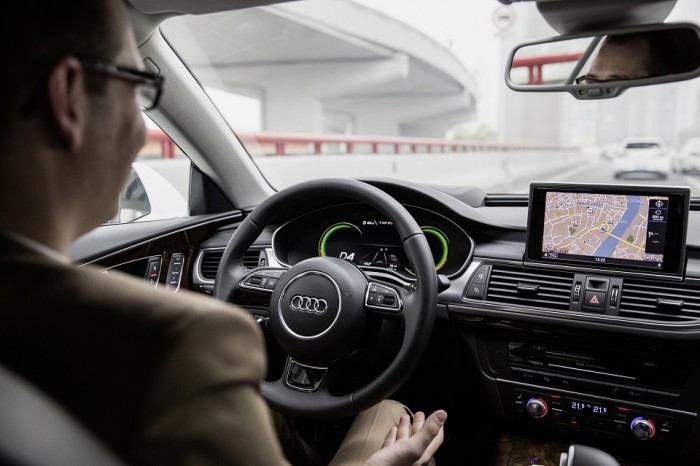 Audi is planning to refine autonomous driving technologies ready for series production in time for launch in the next-generation A8, the company confirmed in a statement released today. The first phase implementation of these technologies will have the ability to control the vehicle autonomously at speeds up to 60kph in a variety of highway and urban traffic settings.

To facilitate that end, Audi is an active participant of the Ko-HAF Cooperated Highly-Automated Driving research initiative funded by the German Federal Ministry of Economics and Energy and in cooperation with other German car manufacturers, suppliers and universities. The project aims to develop standards and technologies that enable cooperative driving between highly-automated vehicles in everyday road traffic.

For its part, Audi’s contribution to the cause will include the development of precise street models as the basis for digital maps, the localization of cars via digital maps and environmental features using the data from the environmental sensors; concepts to allow the driver to safely take control of the driving; automated reaction to traffic disruptions; and anticipatory automated driving for optimized traffic flow, more comfort and increased road safety.

To date, Audi has built and tested a number of prototype vehicles equipped with fully autonomous driving capabilities. In October 2014, an RS 7 Sportback prototype was let loose on Hockenheim at race speeds without a driver behind its wheel. A further developed prototype then completed a series of even faster laps on the Californian Sonoma Raceway.

More recently, testing has gone onto public roads. An autonomously-driven A7 found its way from Stanford in Silicon Valley via Bakersfield to the Consumer Electronics Show (CES) in Las Vegas earlier this year. These capabilities were also showcased at CES Asia 2015 where journalists experienced first hand being shuttled in an autonomously-piloted vehicle in Shanghai’s congested urban traffic.