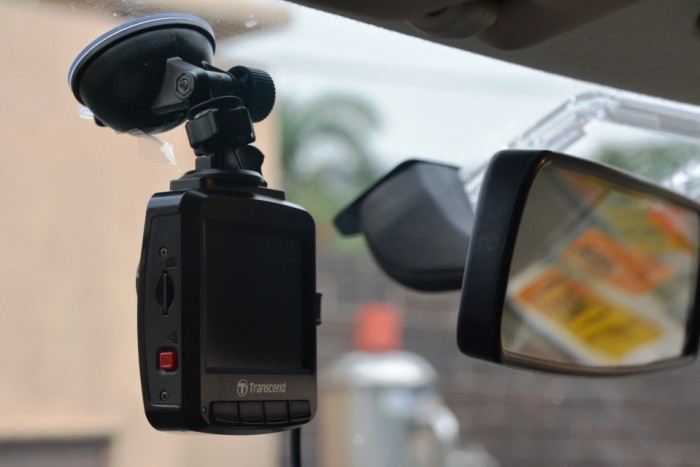 As evidenced by exponentially growing numbers of on-road driving videos being shared on social media channels, in-car video recording has become an increasingly popular practice among motorists. We highly recommend that you have one in your car for the simple reason that in the event of an emergency, your recording will serve as useful evidence in any dispute that would follow.

Earlier this year, we reviewed two car video recorders from Transcend’s DrivePro series, namely the DrivePro 100 and the DrivePro 200, priced at a recommended RM439 and RM558 respectively, down from RM456 and RM568 previously. This writer ended up acquiring the DrivePro 200 demo unit upon conclusion of the review. Recently, an updated model, the DrivePro 220 with even more features was launched and made available for our review.

Priced at a recommended RM599, the DrivePro 220 incorporates familiar features from the 100 and 200 such as a wide-aperture F/1.8 lens for effective night recording, built-in Li-Polymer battery to safeguard against power failure, and built-in Wi-Fi that allows the camera to interact with your smartphone.

The unit comes standard with a 16Gb micro SD card, which you are of course free to replace with a bigger one bought separately. Video footage are recorded in three-minute blocks; as the memory card fills up, the earliest block is then erased to make way for a new one. A built-in G-sensor, if triggered, will result in the block being recorded at that moment to be stored in protected memory that can only be erased manually by the user.

New features and capabilities built into the 220, meanwhile, includes forward collision warning which detects and warns against possible collision with a vehicle ahead, as well as lane departure warning. Both these functions rely purely on visual detection of obstacles and road markings, meaning they are obviously not as polished in operation as an integrated system would feel in a newer car. When triggered, both functions generate audible and distinct beeps to alert the driver.

Another notable enhancement in the DP220 is its GPS receiver, which enables the unit to log GPS coordinates, date and time into the recorded video footage. The information is visually embedded into the lower part of the video and can also be accessed via Transcend’s DrivePro Toolbox on a computer.

Video quality of the DP220 are, to our eyes, on par with the DP100 and DP200 videos we reviewed earlier. So, if you’re shopping purely on the grounds of video quality, the two lower models suffice as adequate solutions.

The small premium which the DP220 costs over the DP200 does, however, render the latter somewhat redundant; for an extra RM41 (actual price may vary), we certainly don’t see why you would not want to go for the newer model with its enhanced features. Granted, we don’t particularly care for the collision and lane departure warning system, but the GPS receiver function is most certainly a useful enhancement and justifies the extra money on its own. 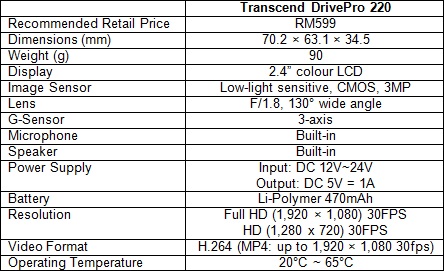