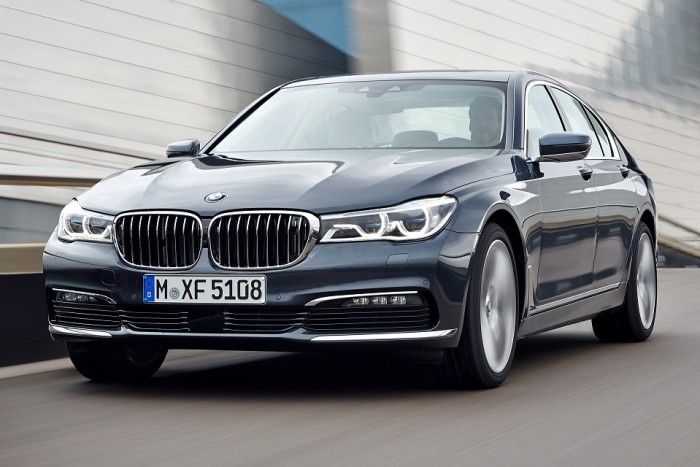 BMW’s perennial challenger to the Mercedes-Benz S-Class is renewed for a sixth model generation with the all-new G11/G12 7 Series making its global debut today. Incorporating a raft of new technologies and construction techniques, BMW looks to set new standards of sophistication for its latest flagship with the hopes of finally unseating the S-Class from the segment throne.

As before, the new 7 Series will continued to be offered in standard and long wheelbase configurations, identified internally as the G11 and G12 respectively. Spanning 1,902mm wide, the new 7 Series stretches 5,098mm long in its standard configuration; the long wheelbase version, at 5,238mm from stem-to-stern, ranks as BMW’s largest ever series production car. Between axles, both models have wheelbases stretching past three metres – 3,070mm (G11) to 3,210mm (G12). 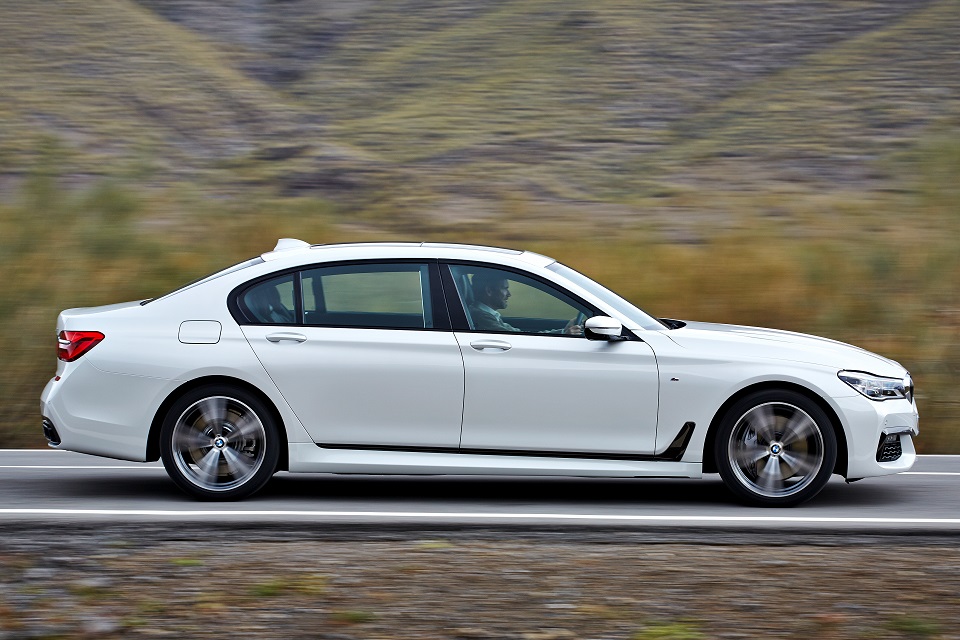 In appearance, BMW offers owners the option of enhancing the trimmings of their 7 Series with one of two design packages – Pure Excellence, which can be separately specified for the vehicle’s exterior and interior, for even more opulent luxury and M Sport with a raft of M-specific items such as 19-inch light alloy wheels, matte black brake calipers, and body aprons.

The all-new chassis of the new 7 Series becomes the first among BMW mainstream models to benefit from advanced construction techniques trickled down from the i division. Its Carbon Core structure employs a hybrid of carbon fibre, ultra high-tensile steel, and aluminium construction. In addition to the usual claimed benefit of enhanced rigidity allied with reduced weight, BMW adds that this new construction technique enables lowering of the vehicle’s centre of gravity and also achieving the perfect 50:50 weight distribution. 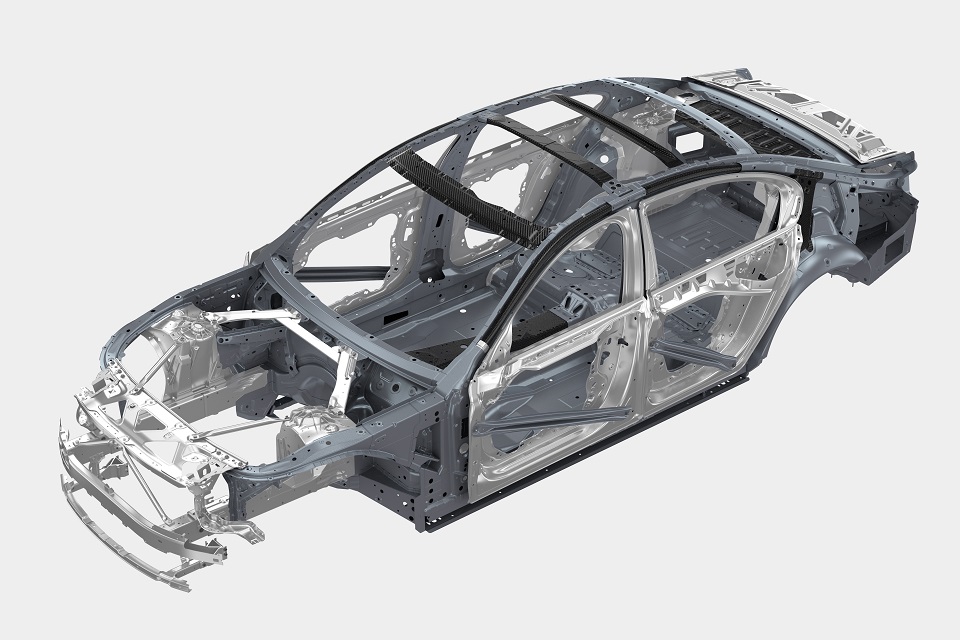 Complementing the new 7’s advanced construction are equally sophisticated chassis technologies that include front and rear self-leveling air suspension and adaptive dampers as standard incorporated into an architecture consisting of double wishbones up front and five links at the rear. These systems can be optionally enhanced with the Executive Drive Pro package, which adds electromechanical anti-roll bars and anticipatory chassis control, which regulates suspension parameters based on data from the vehicle’s navigation system and a stereo camera to best suit upcoming terrain.

Also available for adding on is rear-wheel steering, an enhanced version of the Integral Active Steering that is already offered in some models in BMW’s current line-up. The planetary gearset previously used at the front axle has given way to a variable steering rack ratio, which means that the system can now also be offered in conjunction with BMW xDrive intelligent all-wheel drive for the first time. 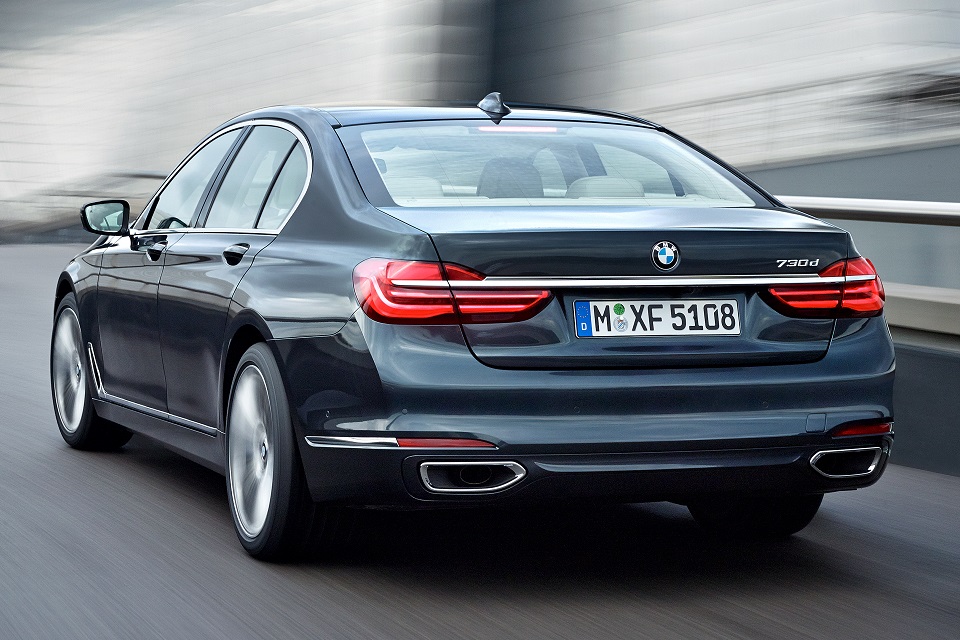 A quartet of engines form the launch line-up of the new 7 Series, a pair of 3.0-litre powerplants arranged in BMW’s traditional straight-six configuration are flanked by a 4.4-litre V8 and, for the first time in a 7 Series, a four-cylinder engine, albeit one enhanced by electrification. All versions come with ZF’s 8-speed automatic transmission with satellite-aided shifting as standard and, except for the 3.0-litre petrol 740i, all versions have the option of all-wheel drive.

The six-cylinder mills hail from BMW’s latest generation of modular engines. The diesel unit powering the 730d, with variable geometry turbocharging, has access to 265hp and a frankly obscene 620Nm of torque. The petrol version, meanwhile, utilizes twin-scroll turbocharging to boost outputs to 326hp and 450Nm. Leading the range is the 750i xDrive with a 4.4 V8 force-fed by two twin-scroll turbochargers to generate 450hp and 650Nm. 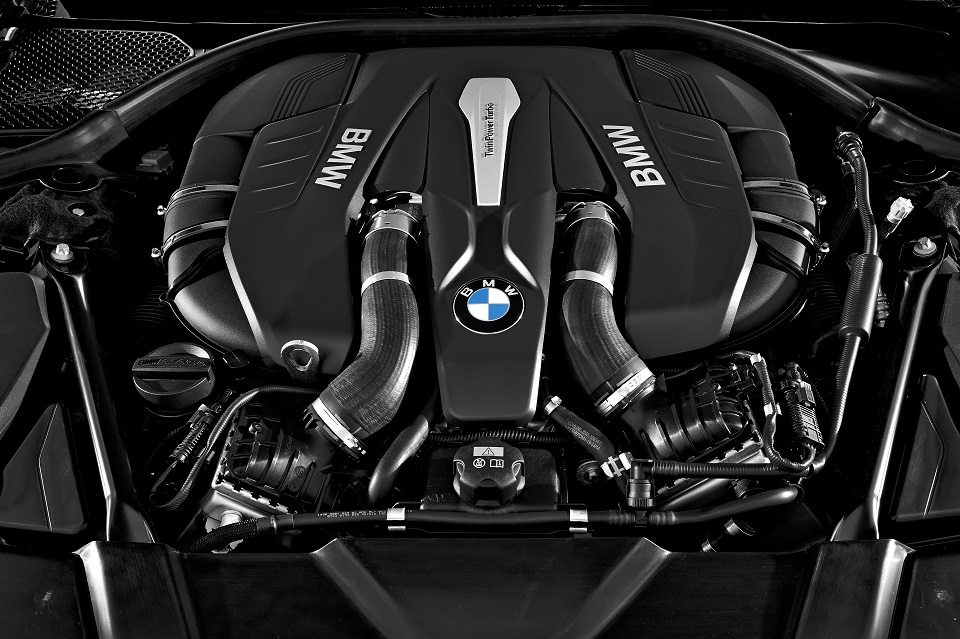 Most intriguing variant of the range is perhaps the 740e plug-in hybrid, which has a rated fuel consumption of 2.1 l/100km in the combined cycle, 2.3 if specified with all-wheel drive. It mates a turbocharged 2.0-litre four-cylinder petrol engine (258hp/400Nm) and an electric motor (95hp/250Nm) housed within the casing of its 8-speed automatic transmission to yield a system output of 326hp. Energy for the electric motor is supplied by a lithium-ion high-voltage battery mounted under the vehicle’s rear seat and can be charged off the mains. On pure electric power, it is able to reach speeds as high as 120kph or a maximum range of 40km (xDrive imposes a 3km range penalty).

Past versions of the 7 Series have traditionally been acknowledged as dynamic benchmarks of the segment, but that superiority alone was never enough to give it mastery over the S-Class, and this is something that BMW is looking to rectify with this latest model, giving it the honour of debuting some very nifty amenities. It incorporates the latest generation iDrive system that finally comes with a touchscreen and also responds to hand gestures. 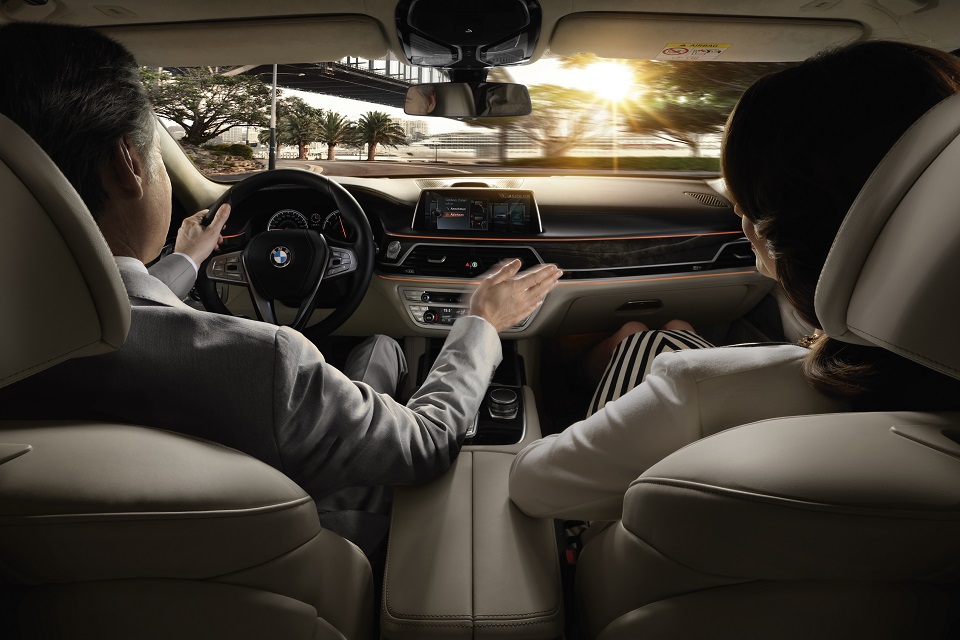 Headline technology is the Remote Control Parking programme, which allows drivers to remotely park the vehicle in tight spots using the newly-developed BMW Display Key. The system applies only for perpendicular slots and still requires the driver to position the vehicle pointed into the bay.  Also, the distance the vehicle is allowed to travel in driverless mode when entering and leaving the parking space is limited to 1.5 times the length of the vehicle.

Further enhancing the new 7 Series’ credentials as a car to be chauffeured in, long-wheelbase variants have the option of being specified with an Executive Lounge package which includes quad-zone automatic air conditioning, electrically-adjustable comfort rear seats with massage function, active seat ventilation for all seats, plus the optional Executive Lounge Seating, Executive Lounge rear console and Rear-seat entertainment Experience with BMW Touch Command. The Executive Lounge Seating option allows the front passenger seat to slide forward by an additional 90mm and has an electrically extendable footrest integrated into its backrest. 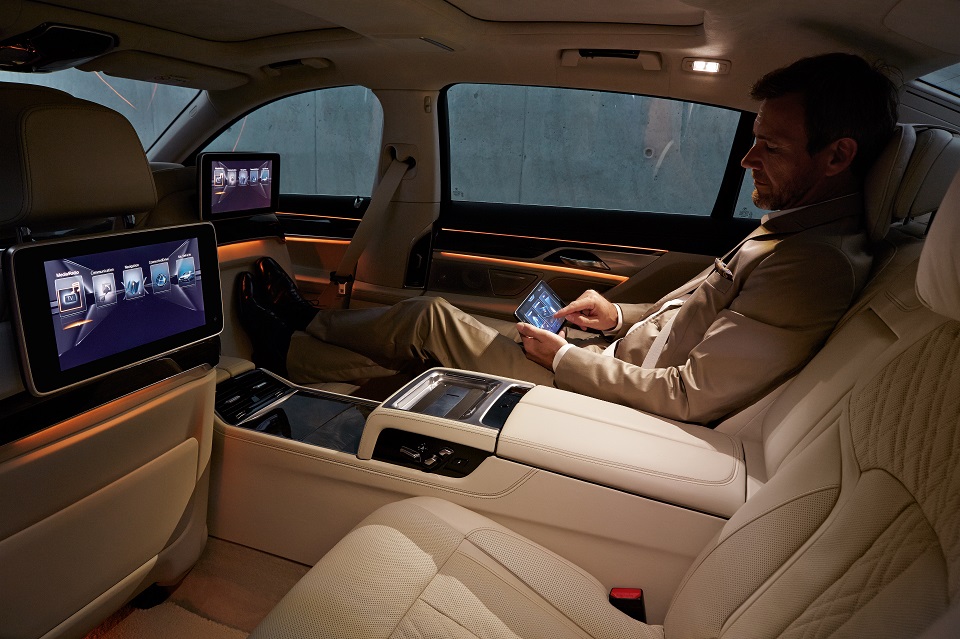 The new BMW 7 Series will be built, like all of its predecessors, at BMW Plant Dingolfing, a facility which also serves as the aluminium competence centre within the BMW Group’s worldwide production network and has now also become the world’s first automotive manufacturing facility in which CFRP is used in body construction as part of a hybrid technique.