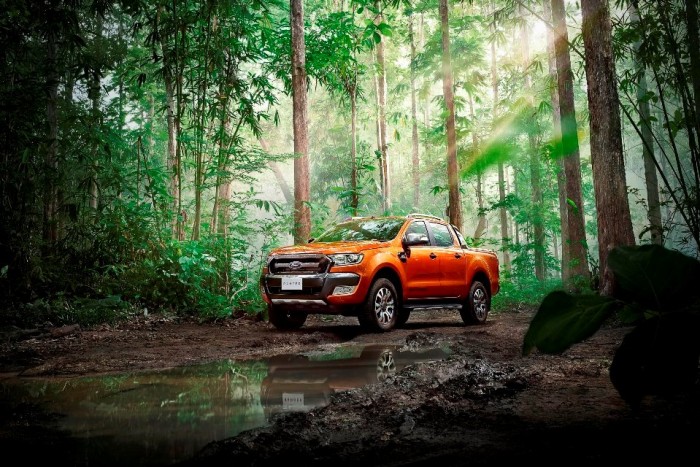 Having debuted a surprisingly early facelift for its immensely popular Ranger T6 pick-up this year, Ford has now unveiled the flagship Wildtrak variant to spearhead the revised model’s line-up. As per the current model’s arrangement, the Wildtrak is distinguished from regular variants by more aggressive styling cues and its signature paint that is now offered in an even more distinctive Pride Orange shade. It is alternatively available in Cool White colour too.

Besides enlarged 18-inch rims and bold graphics along its side, the Ranger Wildtrak can be clearly identified from the outside by the rugged-looking dark liquid metallic grey finishing applied to its trapezoidal grille, side mirrors, door handles, side air vents, bed rails and tail lamps. 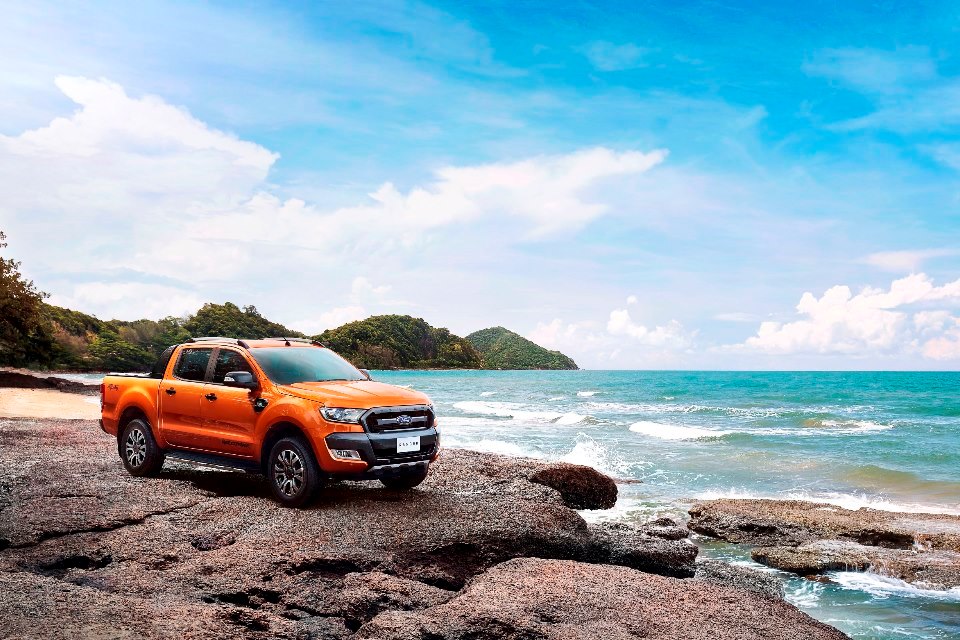 “The accent colors on the Wildtrak help to punch out the architecture of the fascia, and make what is already a very bold design even bolder – it’s instantly recognizable on the road,” said Dave Dewitt, exterior design manager for the Ranger Wildtrak.

Inside, the Ranger’s extensively altered cabin is exclusively treated with orange accents as a signature Wildtrak cue. The centre stack houses a dual-TFT instrument cluster, an eight-inch touchscreen and air conditioning registers. Seats are also unique from the regular Ranger line-up, featuring bold graphical elements and orange stitching and 8-way power adjustment for the driver. 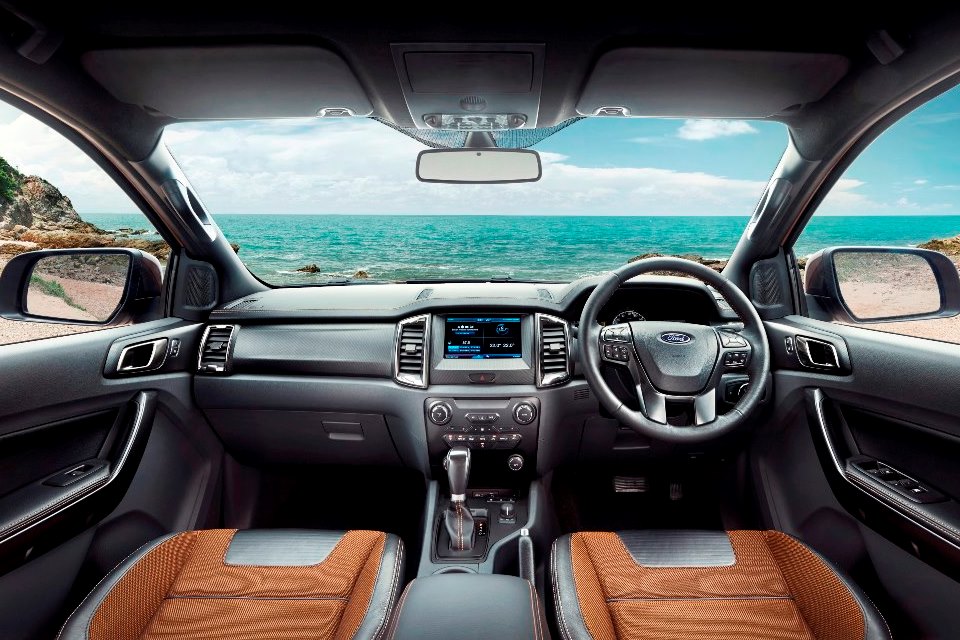 As with regular variants of the facelifted Ranger, the new Wildtrak is equipped with a wide array of technologies previously unheard-of in the world of pick-up trucks. Besides an updated iteration of Ford SYNC with voice command, the Wildtrak is fitted with very advanced active safety systems such as Lane Keeping Alert and Lane Keeping Aid , Adaptive Cruise Control, Forward Alert which warns drivers of vehicles slowing up ahead and autonomously pre-charges the brakes in anticipation of full braking force, all-round parking sensors with reverse camera, load-adaptive electronic stability control, hill launch assist, hill descent control, and drowsiness detection. Another notable technical first for the Ranger among pick-ups is the adoption of electric power steering.

The familiar 3.2-litre five-cylinder turbodiesel powers the Ranger Wildtrak with its outputs remaining unchanged at 197hp and 470Nm. The engine features upgrades including an updated exhaust gas recirculation system help to improve fuel efficiency by up to 18 percent. It is paired to a six-speed automatic transmission as standard.