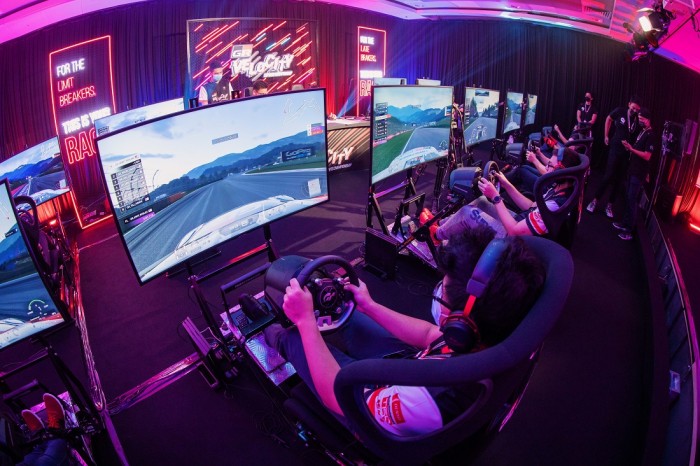 The overall champion is AR Muhammad Aleef of Singapore who took home a grand prize of US$6,000. Thailand’s Nathayos Sirigaya finished third and received US$1,500. The Malaysian campaign started off with great potential in Race 1 at the Fuji International Speedway, with Iqbal Suji and Taj Aiman finishing the seven-lap race in second and third positions respectively.

Singaporean Muhammad Aleef led Race 1 from start to finish, taking the chequered flag six seconds ahead of the field. Taj Aiman, who is the Toyota GR Velocity Esports Championship champion of Malaysia, made an early challenge for the lead. However, a mistake forced him to incur a 1-second penalty, thus promoting Iqbal to second place. 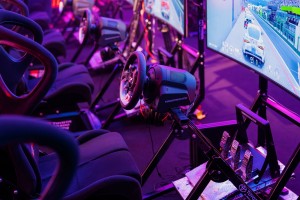 Muhammad Aleef also went on to take the top spot in Race 2 at the Tokyo Espressway street circuit, with Sirigaya finishing second, and Filipino Terence Lallave in third. Taj Aiman managed to take fourth spot while another Singaporean Jason Tay was fifth. Iqbal Suji managed to complete the five-lap race around the 7.3km circuit in seventh with Meor Hafiz finishing in 14th place.

In the third and final race at the famous 21km Nürburgring circuit, Taj Aiman still had a mathematical chance to win the overall championship. He managed to set the fastest time to claim pole position in the three-lap race, just ahead of Muhammad Aleef and Sirigaya who were also in contention for the overall title.

Taj Aiman’s drive at the head of the pack remained unchallenged for the first two laps with Sirigaya and Muhammad Aleef following behind. The three drivers employed similar race strategies to make the compulsory pit stop at the same time. Rejoining the race with one lap to go, Sirigaya successfully passed Taj Aiman for the lead but was later slapped with a one second penalty for his aggression.

That elevated Taj Aiman back into the lead which he defended right to the finish. Sirigaya crossed the line in second while Muhammad Aleef took third. Iqbal Suji finished fourth and Meor Hafiz taking 12th position. Despite finishing behind Taj Aiman, Singapore’s Muhammad Aleef did enough to finish 3 points ahead of Taj Aiman and claimed overall victory. 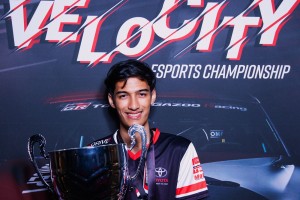 “It has been a phenomenal year for me, having won the Toyota GR Velocity Esports Championship, given the honor to represent Malaysia and going on to finish second in the GR Supra GT Cup Asia. What an incredible experience,” said Taj Aiman. “Coming in second and just three points shy of an overall victory is tough but that’s racing, and it is what it is,” he added.

Due to the current global situation, virtual, or sim, racing has grown exponentially. This trend allows Toyota to continue its campaign in motorsports both locally and globally.

Locally, UMW Toyota Motor continues to be the first, and is still the only car company to be associated with the fast-growing e-Motorsport movement. Over the last three years, it had organised the Toyota GR Velocity Esports Championship, a program that was also instrumental in launching the very first GR Supra GT Cup Asia series.

“With simulator racing becoming more competitive and also regarded as an important stepping stone for some of the world’s best real life racers and teams, it is important that Malaysian virtual racers are also given the opportunity to compete at regional as well as international levels. At Toyota, we are delighted to be able to provide them with this exposure,” said Akio Takeyama, GAZOO RACING Malaysia’s Chief Motorsport Officer.

Meanwhile, President of UMW Toyota Motor Mr. Ravindran K. said the company’s contribution to Malaysian motorsports will continue both on the racing track and in the virtual world as it aspires to bridge both disciplines and bring motor-racing to the masses.

“It’s amazing to see how far virtual racing has come and, in many ways, today becoming an important element in accelerating the learning and development of a driver on the track. Virtual racing has also been instrumental in growing the interest and appreciation for motorsports and moving forward, UMWT will continue to invest in its potential,” said Ravindran, adding that part of UMWT’s initiatives include the recent launching of a GAZOO RACING Young Talent Development Program which is aimed at allowing both young karters and simulator racers to transition into real racing.