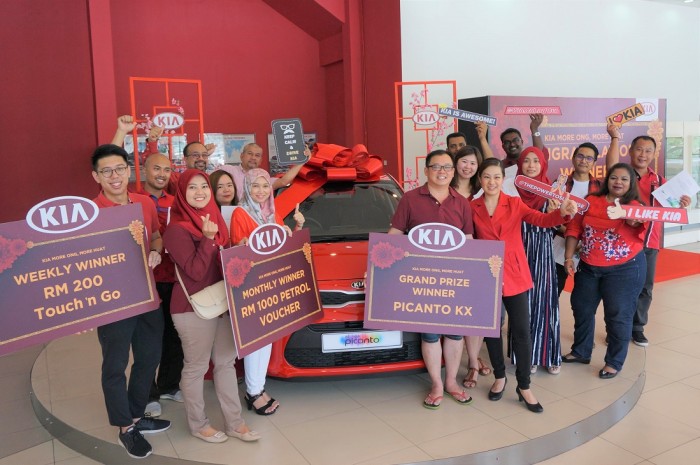 When 39-year-old, Lew Chee Yuan bought his Kia Sportage GT-Line, he was eligible to enter the Naza Kia Malaysia “More Ong, More Huat” Chinese New Year campaign. Not only did this father of two win the Weekly Prize of a Touch N Go card with a RM200 value, he also won the grand prize of a Kia Picanto. 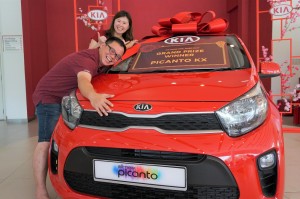 “I really did not expect to win the Grand Prize, especially since I was already announced a winner for the Weekly Prize!” Lew exclaimed. “This is really great timing because my wife was also planning on getting a new car. I’ve never been this lucky before and I still can’t believe that I’ve won a Kia Picanto!”

As a project manager in a contractor company, Lew travels 200 km six days a week to work and decided on purchasing the Kia Sportage GT-Line as he was impressed by its safety features, stylish exterior and 5-star safety rating. 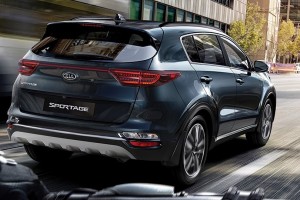 “I am really loving my Kia Sportage. I actually chose this model because I prioritise safety and comfort in a car, especially since I have two children. While I was doing my research, I found that the Kia Sportage has a very complete range of safety features, I was already convinced that this car would be the best ride for my family and I,” Lew added.

The “More Ong, More Huat” Chinese New Year campaign was held from 7 January to 29 February 2020. Owners of any Kia vehicle registered during the campaign period were entitled to participate in the campaign to win the grand prize of a Kia Picanto. Apart from that, Naza Kia Malaysia also gave out eight petrol vouchers for the monthly winners worth RM1,000 while another eight weekly winners scored Touch N Go cards worth RM200 each.

The winners were selected from the pool of qualified entries recorded throughout the campaign period through a random draw. To spread double prosperity to its customers in conjunction with the Chinese New Year festivities, winners of the weekly or monthly prizes were also qualified for a chance to win the Grand Prize.

Present at the “More Ong, More Huat” prize giving ceremony, Amanda Ng, COO of Naza Kia Malaysia, said “Naza Kia is always seeking opportunities to further enhance the holistic Kia customer experience and I am pleased to share that there was a tremendous response for the contest which was held in conjunction with the Chinese New Year festivities. With Kia’s Power to Surprise, Kia fans can look forward to more customer engagement activities in the near future.”