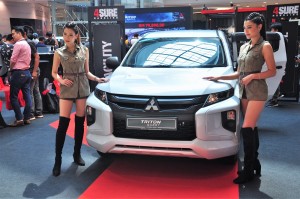 Priced at RM79,890, the new Mitsubishi Triton Quest is the most affordable pick-up truck in Malaysia. According to Mitsubishi Motors Malaysia, the recently launched updated Triton Quest is a versatile workhorse that has everything customers need to make driving easier, especially in the city, including a powerful engine, robust control and a spacious cabin. The Triton Quest also comes with a touted Best-In-Class turning radius of 5.7 metres, making it easier to handle and drive on narrow roads and crowded working sites.

The Triton Quest is a 4×2 pick-up that rides lower for a more sedan-like feel, and also for easier loading and unloading of cargo. The flatbed measures 1,520 mm (l) x 1,470 mm (w) x 475 mm (h) and can carry loads of up to 970 kg (total includes passenger weight), making it one of the biggest cargo decks in the low rider category. 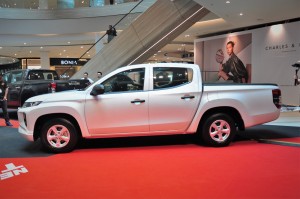 Furthermore, the J-Line design of the cab allows for more room in the cabin for added passenger comfort without sacrificing cargo capacity. This design also allows for a rear seat storage compartment to keep items within easy reach and away from prying eyes. 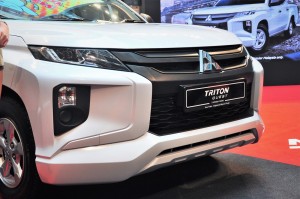 Besides that, the Triton Quest is fitted with a Multi-Information Display that gives vital information about the truck, such as distance travelled, service reminder, fuel range and average fuel consumption. 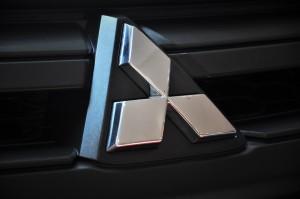 The Triton Adventure X now gets an All Round Monitor, a feature that uses multiple cameras around the vehicle to create a bird’s-eye view to aid parking and manoeuvring narrow spaces. For added peace-of-mind, the Triton Adventure X adds on Driving Video Recorder (DVR) to captures every moment or incident while on the move.

Last but not least, the Triton Adventure X adds on side body stickers to enhance its overall sporty image, and premium solar and security tint for a greater cabin comfort.

Like the Triton Adventure X, the Triton AT Premium also gets an upgrade including Driving Video Recorder, leather seats and 7″ Touchscreen Audio with Apple Carplay and Android Auto connectivity as standard.

These accessories upgrades are only offered by MMM authorized dealers nationwide.

Mitsubishi Motors Malaysia is ranked highest in the J.D. Power 2019 Malaysia Customer Service Index (CSI) Mass Market Study. This is the second consecutive year that MMM is ranked number one; MMM has consistently remained in the top three positions for five consecutive years.

MMM is also ranked top two in the recent 2019 J.D. Power Sales Satisfaction Index (SSI) Study. These results were based on car owners who were selected independently and not recommended by any car company. The owners were also assessed for suitability for the study.

The Triton pick-up truck is imported as CBU (Completely Built-Up) units from Thailand while the ASX Compact SUV and Outlander are locally assembled (CKD) in Malaysia.