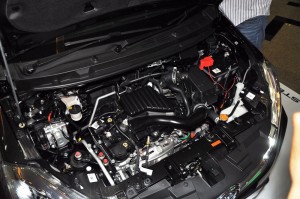 Perodua is continuing its road safety push this Hari Raya Aidil Adha and Merdeka Day with it Tweckbot service, its long-running complimentary mobile vehicle inspection service. The Perodua Tweckbot hopes to provide an invaluable service to the community by checking Perodua vehicles’ roadworthiness in preparation for long drives during festive periods, when many will be driving back to their hometowns or go on short local holidays.

According to Dato’ Zainal Abidin Ahmad, Perodua Presient and CEO, the Tweckbot inspection is a 50-point check including checks to the engine, transmission, cooling system, brakes, power steering, clutch, tyres, suspension and electrics, to ensure the company’s customers have total peace of mind for the long journeys. Tweckbot has inspected over 8,000 vehicles since its inception in 2011. 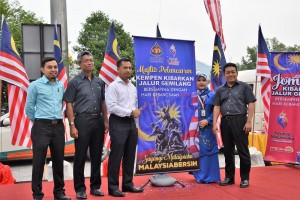 Yesterday, Perodua participated in the launch of the Hulu Selangor District Council’s ‘Fly the Jalur Gemilang’ Programme at Kuala Kubu Bharu Mini Stadium, where Tweckbot inspected some 60 vehicles for roadworthiness.

The carmaker set up a booth at yesterday’s event where it engaged visitors with various activities designed to spread the safety message. It also had on display its GearUp ISOFIX Child Seats as well as its many internal and external safety initiatives.

“Tweckbot aims to promote the importance of checking one’s vehicle regularly, to service them at authorised Perodua service centres and to only use genuine Perodua products and parts, all in the name of safety,” Dato’ Zainal said. 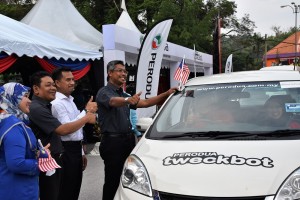 Tweckbot will next be deployed to the northbound Rawang rest area on the PLUS Highway, on 24 and 25 August, from 10 am to 5 pm. Customers who inspect their vehicle with Tweckbot will receive a voucher that can be used to redeem a 20% discount on genuine parts and accessories at any authorised Perodua service centre.

“In the spirit of Aidil Adha, Perodua hopes it can share knowledge and awareness of the importance of safety with the close-knit community that is the Malaysian public. Also, this Merdeka will mark 62 years of Malaysian independence and it is our hope that our minds too can be liberated to embrace and prioritise safety in every aspect of our lives. 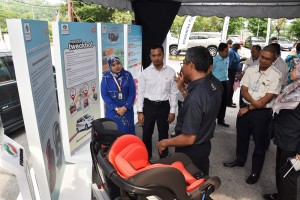 “Safety is a mindset first and foremost, and as a People First company, Perodua will do all it can to promote this mindset amongst its employees, customers and the general public. We believe safety is everyone’s right,” Dato’ Zainal said.