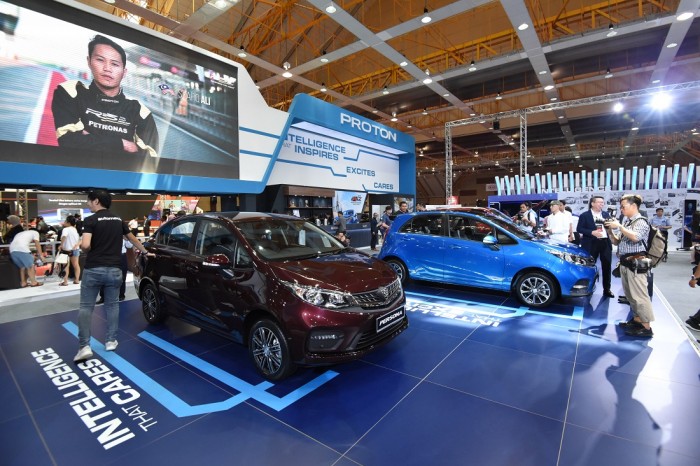 Proton might be rolling in X70 bookings at the moment but it is still working on improving its other products. Two of these updated products were shown to members of the media earlier with a chance to take the cars around Proton’s test track. And the public now also gets to see the updated 2019 Proton Iriz hatchback and Proton Persona sedan at the Malaysia Autoshow 2019.

The cars were unveiled by the Prime Minister of Malaysia, Tun Dr. Mahathir Mohamad, together with Dato’ Sri Syed Faisal Albar, Chairman of Proton and Dr. Li Chunrong, Chief Executive Officer of Proton. 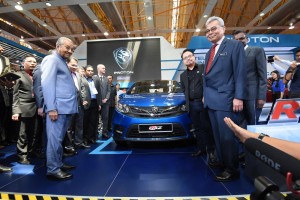 “PROTON is very thankful to the honourable Prime Minister, Tun Dr. Mahathir Mohamad, for graciously unveiling the 2019 Proton Iriz and Proton Persona at the Malaysia Autoshow. Our engineers and designers have worked very hard over the past 18 months to improve both cars and we are confident Malaysian car buyers will see and experience the benefit of their efforts the moment they step inside each car. To date, over 8,000 bookings have been made and we are confident the numbers will increase once the cars go on sale,” said Dr Li Chunrong.

Both cars sport updates in design, equipment, quality and drive. The redesign is a collaboration between Proton Design and its counterparts from other Geely design studios around the world. New features include the ethereal bow and infinite weave pattern in the front grille as well as new front and rear bumpers and wheel designs. Although the Persona is essentially an Iriz in sedan form, the fascia receives a different treatment to create differentiation for the different target buyers. 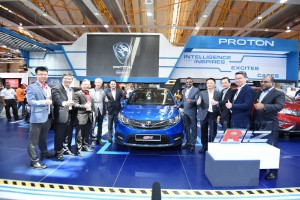 Inside, Proton has included a new intelligent head unit in the Premium 1.6AT variants, a first-in-class feature that uses an embedded eSIM card to keep the car connected to the Internet. Apps for music streaming, navigation and voice recognition are offered and can be accessed via a 7″ touchscreen featuring a full colour display and 16GB of internal memory. Currently, only Android smartphone users will be able to enjoy a full mirroring function via the easy connect application. Do also bear in mind that the voice command in the Iriz and Persona will be limited to certain functions like navigation and media, and will not help you wind down the windows.