Last weekend, we had revealed, on our Facebook page, the winner of the all-expense trip to the Wörthersee GTI Festival in Austria, courtesy of Volkswagen Passenger Cars Malaysia (VPCM), and we are now sharing more details and pictures of the final round of the contest held during VPCM’s Volkswagen Tour roadshow at One Utama Shopping Centre in Petaling Jaya. 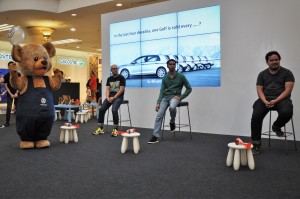 The three finalists, Mohamad Syazwan bin Mohamad Naim, Moh King Yew (Rick) and Abu Ubaidah Amir were picked from over 1,500 submissions because they were the fastest to answer correctly in the preliminary round.

A self-confessed GTI fan, 26-year-old Mohamad Syazwan spent an entire week polishing up his GTI knowledge to prepare for the contest. “It’s been a nerve-wrecking week, and I had even stayed up all night before the Grand Finale to make sure I covered everything on the GTI,” said Syazwan. That could explain the exhausted look on his face after the contest but it was also a close fight among the finalists as the lead changed several times, which added tension and excitement. Getting the answer wrong resulted in a deduction of points but unlike the game of golf, this game of Golf required an increase in points to win.

“To win this trip is a dream come true, and I couldn’t be more excited,” enthused Syazwan, who will be bringing his younger brother with him to Austria. 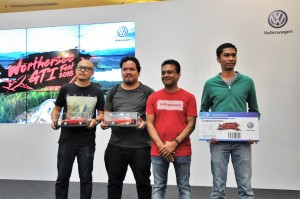 Erik Winter, the Managing Director of VPCM said that the Wörthersee GTI Contest was a way of celebrating the enthusiasm and devotion displayed by GTI fans in Malaysia. “We are delighted to be able to present this once-in- a lifetime chance to our winner – congratulations on a well-deserved win to Syazwan,” he added.

The GTI Festival is held annually in May on the shores of Lake Wörth (Wörthersee in German). It started as a small gathering of Volkswagen GTI owners and has turned into a full-fledged event of modified, classic and vintage Volkswagen cars, attracting over 100,000 fans from around the world. This year’s festival is the 37th year.

VPCM’s Wörthersee GTI Contest was held in conjunction with the launch of the new Golf family in Malaysia. 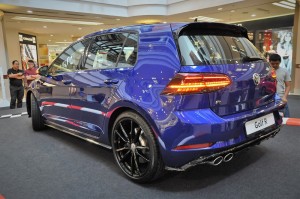