Sepang International Circuit (SIC) has disclosed its 2016 events calendar and ticket prices for the main international races – Motul FIM World Superbike Championship (WSBK), Formula 1 Malaysia Grand Prix (F1) and Shell Malaysia Motorcycle Grand Prix (MotoGP). The reveal was done in conjunction with its annual appreciation dinner to acknowledge the contribution of its partners, clients, agents, racing teams and the media. The revised ticket schedule includes child tickets for F1, discounts for the disabled and new prices for WSBK. Fans with disabilities (and a valid disabled person’s card) can purchase tickets at half price for all international races for designated seating areas.

A one-month Super Early Bird promotion is available for WSBK and F1 from 12 January to 15 February 2016, offering discounts up to 50%. F1 tickets start from RM128.26; Star Stand tickets allow fans to catch the race and post-race concert from a premium vantage point at the same spot. Special child tickets at half off are also available for F1. Meanwhile WSBK tickets and passes can be had with discounts up to RM190. Prices start from RM 38 for K1 Grandstand and RM 88 for Main Grandstand.

As for MotoGP, Grandstand tickets start at RM 85; Early Bird savings are also available. Tickets for Marc Marquez Tribune and VR6 Tribune are priced at RM 265 and RM 170 respectively.

Maybank and Bank Mandiri customers can also enjoy special discounts for these 3 events. To be announced at a later date is the Special Tribune tickets for F1 and WSBK. For more details about the ticket pricing, discounts and activities for 2016, check out Sepang International Circuit’s website.

2015 was a challenging year for SIC and 2016 will be equally if not more so. But SIC won’t be taking it lying down. Although the track will be closed for resurfacing from 15 February to 8 May 2016, other facilities within the Sepang Circuit are still open for events.

As a result of the track resurfacing, some major events have been rescheduled – WSBK has been brought forward to 13-15 May while F1 has moved later to 30 September – 2 October, 2 weeks after the Singapore GP. MotoGP meanwhile, will be on 28-30 October and remains the penultimate round for the 18-race championship. 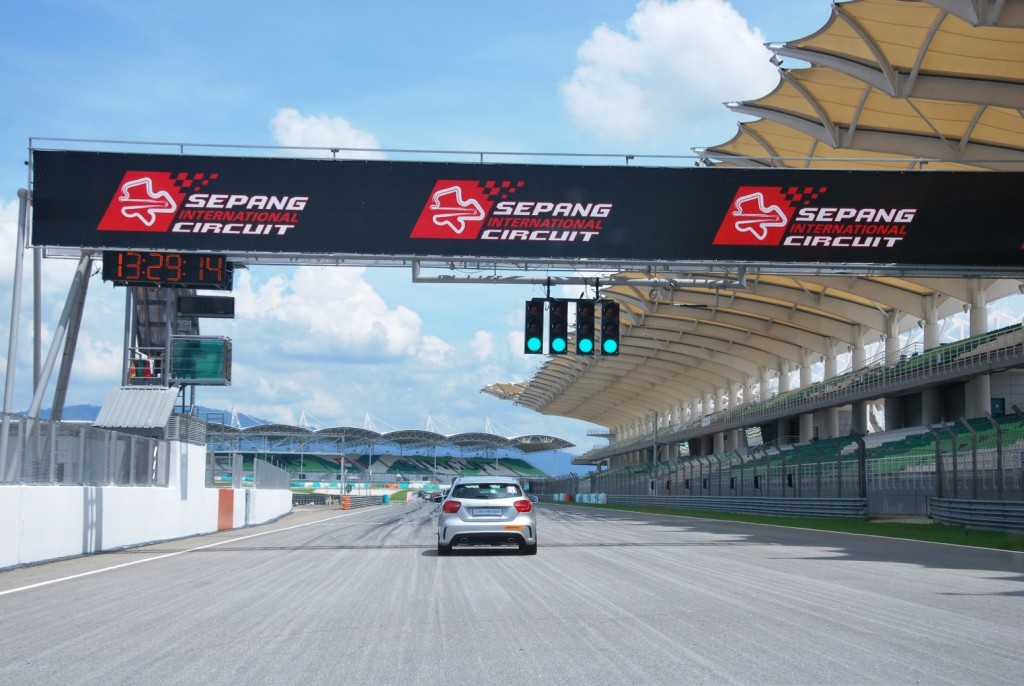 At the appreciation dinner, SIC also introduced the DRIVE M7 SIC Racing Team riders, Jakub Kornfeil (returning for a second year) and rookie Adam Norrodin. The SIC team will be racing in Moto3 using the Honda NSF250RW. Jakub finished 12th in Moto3 with second and third place finishes in British MotoGP and Valencia MotoGP respectively; Adam finished 8th in the Shell Advance Asia Talent Cup (ATC) with second and third place finishes during the respective supporting races for WSBK and MotoGP in Sepang.

“Adam is one of the discoveries from the ATC. His performance competing against Asia’s brightest young talents in this feeder championship has been very encouraging. The SIC Racing Team achieved very promising results in its rookie year with two podiums finishes courtesy of Jakub Kornfeil, so in 2016, there are high expectations for the team. Jakub will be targeting a top 5 finish and Adam is aiming to become one of the top 3 rookies. We are also hoping for Zulfahmi to do well with the passionate support of Malaysian fans giving him an extra boost,” said Dato’ Razlan Razali, CEO of SIC.

At the same time, Muhammad Zulfahmi Khairuddin was announced as the much-anticipated Malaysian rider for the Supersport category in WSBK 2016.

Also announced was the Sepang 12 Hours in partnership with SRO Motorsports Group scheduled for 10-11 December. SIC and SRO hope to better 2015’s race with a bigger and better event with more top quality international and local teams. This event will also be the final leg of the 2016 Intercontinental GT Challenge which brings high-level GT3 racing across continents.