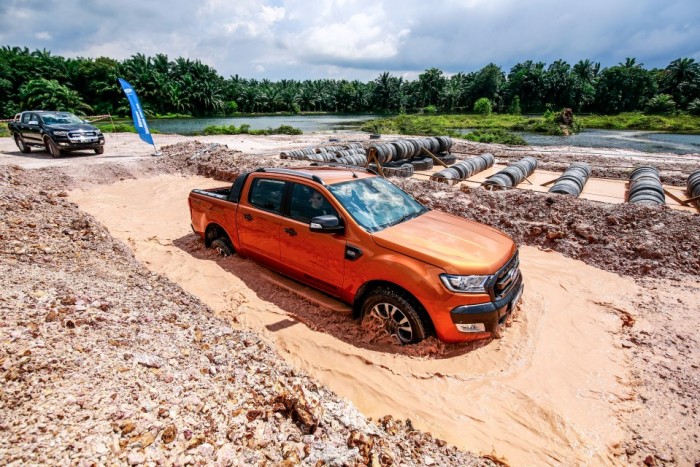 Malaysians actually have to thank one individual who, in the early 1990’s, had a Ford Courier double cab pick-up truck, and questioned the ruling that pick-up trucks must be commercially registered. I don’t remember his name, but he wanted to use the Ford Courier as a private vehicle, and as a result, our kind government authorities relented and allowed it. As a result, this opened the floodgate for a new lifestyle vehicle. Pick-up trucks are really worth buying because there are no import duties levied, which makes them very affordable.

Today, there are many brands to make your selection from, but the Ford Ranger, which replaced the Courier, now in its third generation, is still a hot seller. The latest updated version was introduced a few weeks ago, and we got the chance to give it a go, both on-road, and off road.

Visually, the updated Ranger gets a new front mask and new tail lights – the rest of the body remains much the same. There is a new side-step design that looks better than the old one. Engine and transmission options remain the same – you can opt for either the 2.2 litre or 3.2 litre common-rail diesel engines. The 2.2 litre engine gets an additional 10 PS of power over the previous 150 PS, due to a conversion form the conventional hydraulic power steering to an electric power steering. The 3.2 litre engine power remains the same at 200PS. There are two transmission options – either a 6-speed manual or a 6-speed automatic. 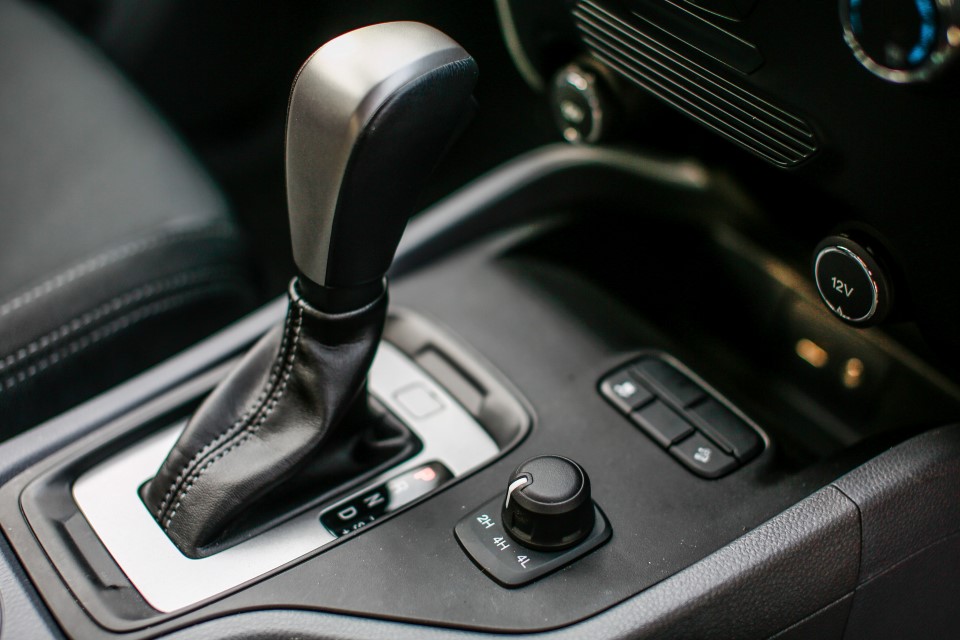 There are various combinations of engine, transmission, and trim levels. Buyers with workhorse-type requirements and fleet owners might want the 2.2 litre with a manual transmission, or the 2.2 litre with an automatic transmission. These two variants are adequate enough for about 80 percent of the likely buyers of the Ranger. Those who want more power can opt for either a manual or an automatic 3.2 litre Ranger. The Wildtrak is the top of the range Ranger that comes with all the goodies.

Throughout the range, Ford provides a comprehensive passive and active safety package. All models come with the base dual SRS airbags for driver and front passenger, while the Wildtrak gets additional side airbags and curtain airbags. ABS, with EBD and BA are standard across the range. For all the automatic transmission models, Electronic Stability Control, and Traction Control System is standard issue. In addition, Hill Start Assist (which holds the vehicle stationary for two seconds to allow the driver to take his or her foot off the brake pedal and press on the accelerator), a very useful convenience and safety feature, and Hill Descent Control (HDC) are on all the automatic variants. Hill Descent Control uses the braking system and the Traction Control systems to allow the vehicle to safely go down a steep slope. All the driver has to do is push the HDC button conveniently located on the centre console, take his or her foot off the accelerator and brakes, and just control the steering wheel. The HDC does the rest. 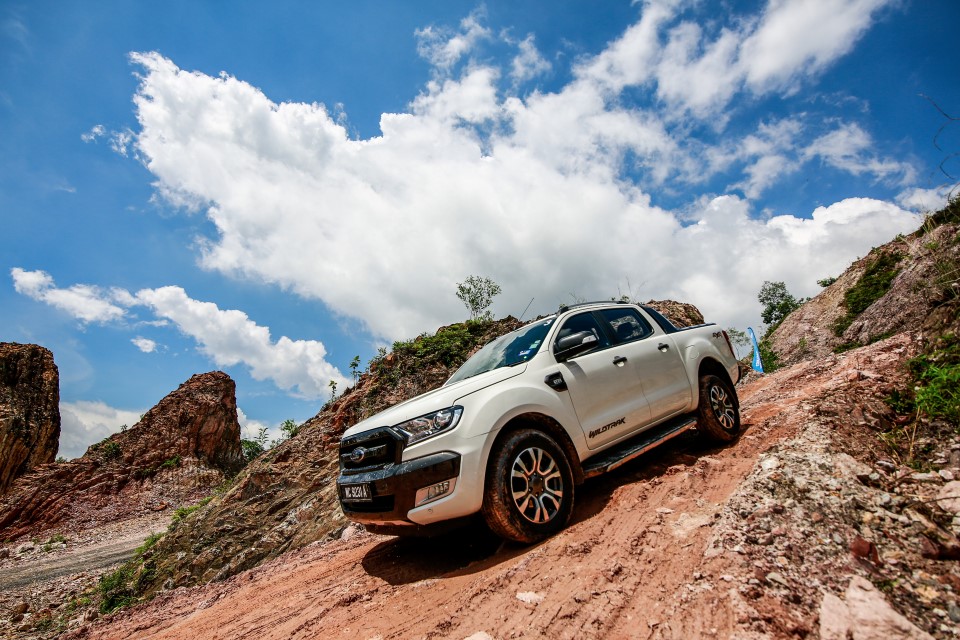 The WildTrak gets the highest trim and feature level – leather seats, electrically controlled for the driver, are standard; most impressive, however, are Lane Departure Warning(LDW) and Adaptive Cruise Control. Lane Departure Warning emits and audible warning whenever the vehicle wanders over the line in a lane, and actually tries to steer the vehicle back onto the lane. This happens only if the vehicle goes over a lane demarcation line without the use of an indicator. Once the driver uses the indicator before a lane change, it signifies that the driver is aware of the lane change and thus the warning does not sound.

In Adaptive Cruise control, the driver can set the desired ‘gap’ to the vehicle in front – and once cruise control is set, the Ranger goes at the set speed until it comes up behind another vehicle; once that happens, the Ranger will automatically apply brakes to maintain the minimum gap to that vehicle, and speeds up to the set speed again when that vehicle moves away. For long distance cruising on a highway, this is a great feature, as all those who have faced the problem when approaching another vehicle while on cruise control will well know. 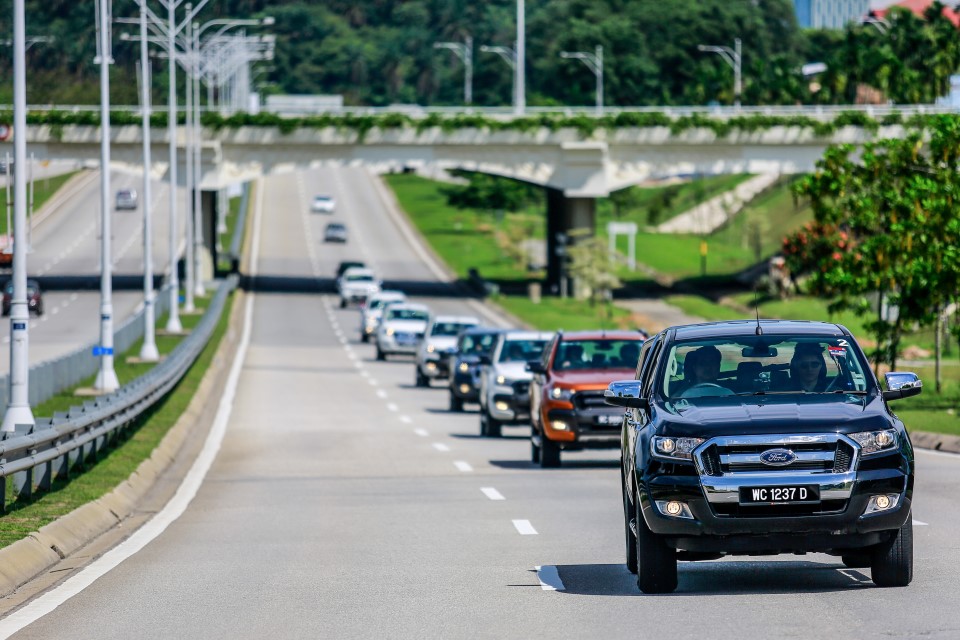 Handling on the road is somewhat ‘softer’ – we are told there have been some tweaking done to the suspension settings to make a better ride. I drove the outgoing Ranger and the new Ranger on a back-to-back basis, and certainly did feel the difference. The ride is a little better where the going is smooth, but on ‘wavy’ sections, there is slightly more pitching (up and down movement of the front and rear), but this is on an acceptable level. On an overall level, there is an improvement. Payload, according to Ford, has not been compromised – the Ranger can still carry 1,000kg payload, and tow 3,500 kg.

Our test drive took us from Petaling Jaya through highways and secondary roads to Tadom Hill Resorts, which is a little rustic resort near Banting, built on an old excavation site now filled with a rocky landscape and a large body of water. There, we put the Ranger through its paces in an off-road environment. We went through an 800mm water wading test, which the Ranger easily passed without any problems, except for a couple of front number plates that got ripped off when a couple of the media went into the water hazard a little too fast. We also experienced the Hill Start Assist function, and tested the HDC on a 35 degree slope. Overnight torrential rains also flooded a part of the test track, but with 200mm ground clearance and markers to tell us where the road was, it was no problem at all. We even had the chance to drive through a stretch of muddy oil palm estate road, which had the Ranger, shod on highway terrain tyres, slipping and sliding sideways – it was great fun. 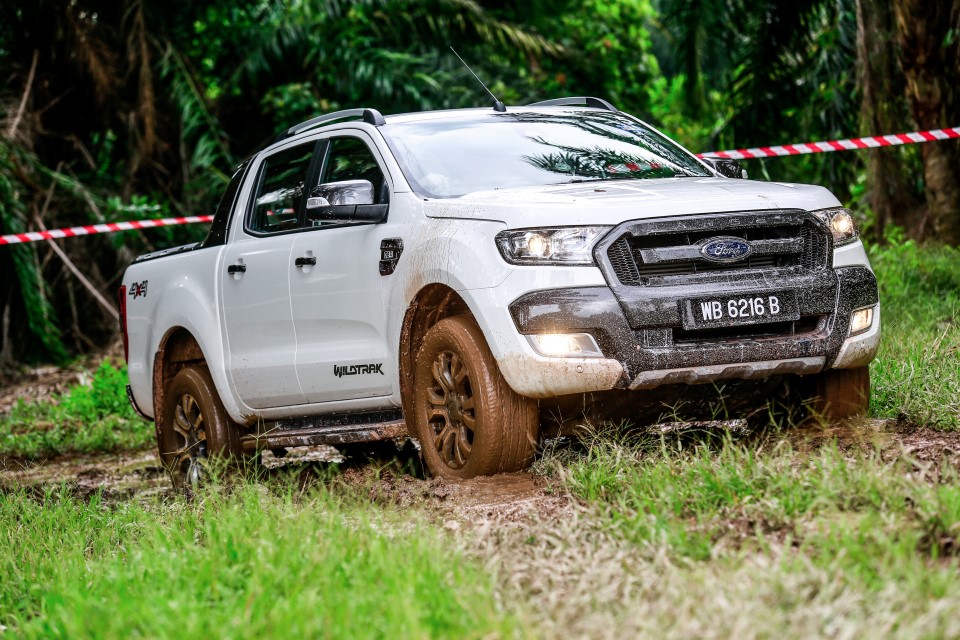 With the cost of living going up, our weak Ringgit, it does make sense to consider a 4×4 pick-up truck as a daily driver. The Ranger seats five very comfortably, and now comes with more car-like features; softer suspension, the ability to take on any terrain, be it highway or the boondocks, plus the ability to traverse flooded roads up to 800mm in depth (more if you fit a snorkel). Who could ask for anything more?