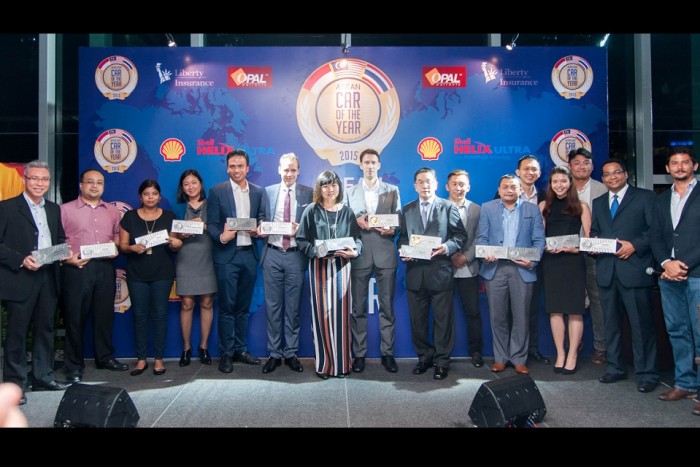 The first regional car awards to represent South East Asia markets has been completed successfully, with the Porsche Macan being declared overall winner of the inaugural 2015 ASEAN Car of the Year 2015, edging out the Mazda2 and Nissan X-Trail in the final reckoning.

Facilitated by our peers from iCar Asia, the non-profit event is a joint initiative involving motoring journalists from Thailand, Indonesia, and Malaysia. The Malaysian panel of judges included this writer as representative of Autoworld.com.my.

Other judges in the Malaysian panel include Chips Yap of Motor Trader, GC Mah and Matthew Tong of Autobuzz.my, Kenneth Sow of Kensomuse, Vishal of NST CBT, Daniel Wong of Malaysian EVO, Hans Cheong of Live Life Drive, and Chris Aaron formerly of Carlist.my, but having joined paultan.org in the interim. Thailand and Indonesia markets were similarly represented by motoring journalists from their own markets as well.

Panels from each of the three participating countries gave out country level awards in 22 categories ranging from budget cars, family cars to execuave as well as performance cars. Country level nomination is open to all cars officially on sale at that market. In each category of each market, the three most nominated cars by their respective panel of judges become finalists, from which they will be scored. 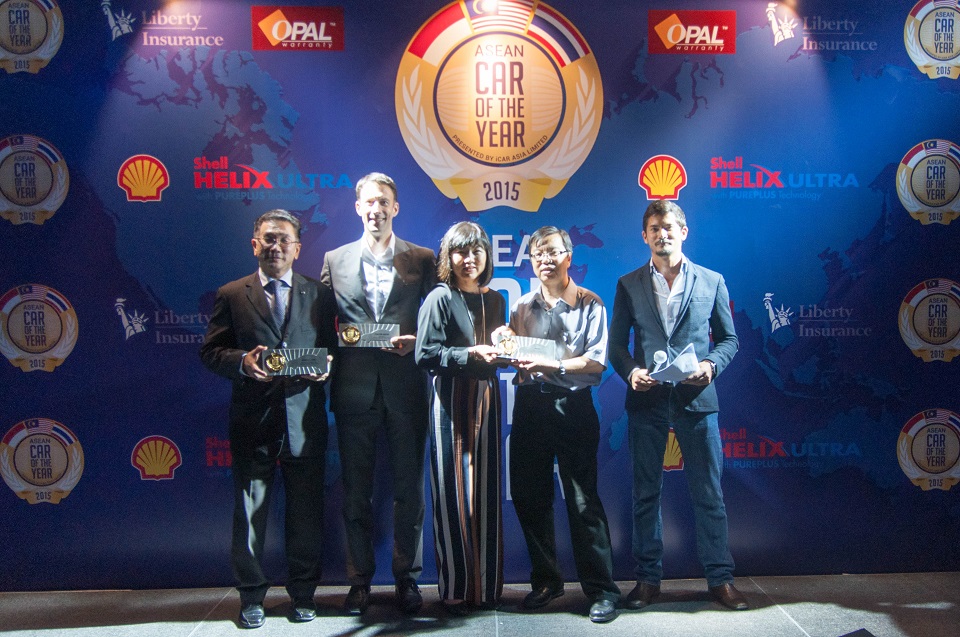 Besides scoring from the judging panel, the ASEAN COTY’s judging mechanism takes into account vehicle reliability based on data from aftermarket warranty service provider Opal Automart and depreciation estimated by Liberty Insurance. A year-long survey among 1,800 motor vehicle owners of various brands provided feedback on customer satisfaction of each model and make.

At regional level, a car that is a category winner in all three markets is eligible to be nominated for the overall ASEAN Car of the Year Award, with the car achieving the highest combined scores across all three countries declared winner. The Macan was declared overall winner with the Mazda2 and X-Trail coming in as second and third respectively.

In the interest of transparency, the nomination and scoring of each individual judge as well as all calculations of the scoring mechanism are available for public scrutiny at the awards’ official website at www.CarOfTheYear.asia.

A special Industry Appreciation Award was also presented to veteran journalist Chips Yap, a former editor of this website and currently representing Motor Trader website. Known for his highly analytical and insightful writing, Chips is a highly respected figure in this industry.

Country-level results of the 2015 ASEAN Car of the Year Awards are listed below: