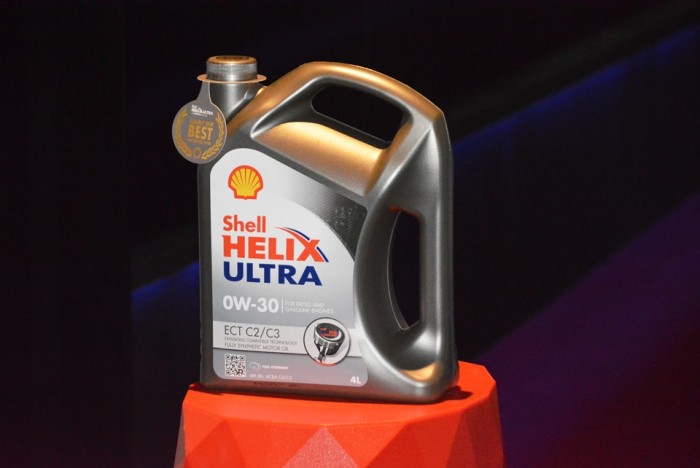 As flagship product of the Shell Helix range, the new mouthfully-named ECT C2/C3 oil is formulated with Shell’s patented PurePlus Technology along with Emissions Compatible Technology to help protect the emission systems of modern petrol and diesel engines.

Shell claims that it is the company’s most advanced formulation to date and that it ranks alongside the highest specification oils currently in the market. It is formulated from natural gas using the revolutionary gas-to-liquids process which converts natural gas into a crystal-clear base oil which Shell claims to carry virtually none of the impurities typically found in crude oil.

According to Shell Lubricants General Manager for Malaysia and Singapore, Mr Leslie Ng, “The even and stable molecular structure of PurePlus Technology is a key part of the performance of Shell Helix Ultra motor oils, as it enables us to create motor oil that performs better than ever before. This means we can develop motor oils that exceed drivers’ demands for cleanliness and protection, as well as improved fuel economy.”

Leslie also pointed out that the ECT C2/C3 is extremely suited for vehicles powered by advanced diesel engines with particulate filters, high-performance petrol engines, as well as gas, bio-diesel, and ethanol blend engines. It is also compatible with older OEM and industry specifications.

Available at selected Shell stations and service centres, the Shell Helix Ultra ECT C2/C3 0W-30 is not a cheap oil, being priced at RM338 for a four-litre pack.