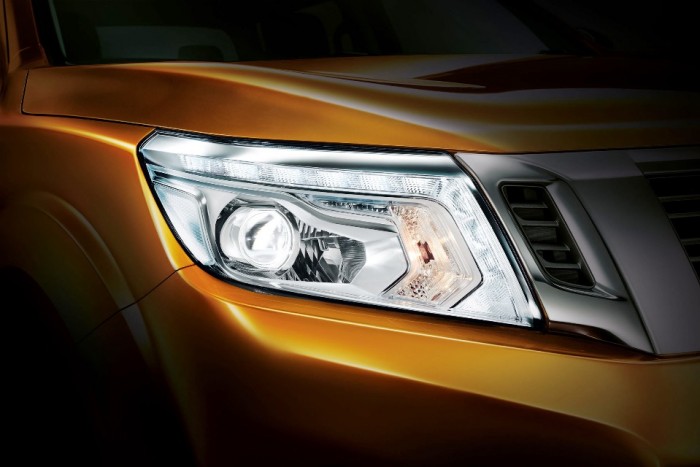 Since its world debut last year in Thailand, the NP300 Navara has already been launched in Vietnam, Laos, Myanmar, Cambodia, Philippines, Indonesia, and Australia this year. Most recently, it was showcased to European audiences at the 2015 Frankfurt Motor Show.

The 12th generation descendant of Nissan’s 80-year heritage in pick-ups with 14 million vehicles sold in 180 countries, the NP300 is set to be powered by an improved version of the current Navara’s 2.5-litre YD25 turbodiesel providing maximum outputs of 190PS and 450Nm.

Notable segment-first features in the NP300 Navara include a 7-speed automatic transmission with manual mode and multi-link rear suspension.

Externally, the NP300 boasts another first-in-class feature in the form of full LED headlamps with boomerang-shaped daytime running light which frames Nissan’s signature ‘V-motion’ grille. A rear spoiler is fitted to accentuate the vehicle’s sportiness.