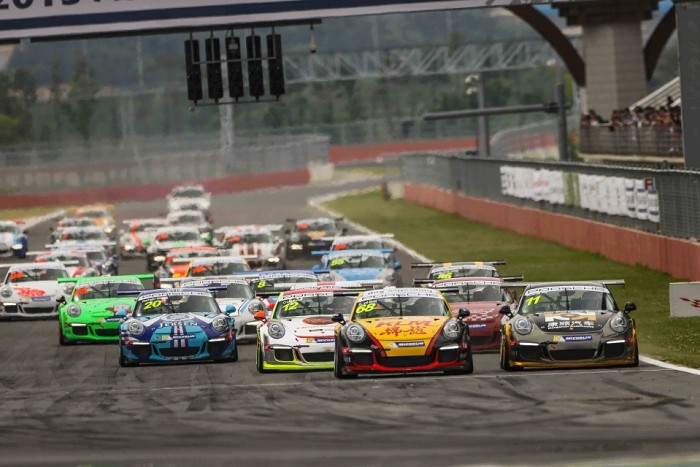 Fledgling motorsport talent from across China and the Southeast Asia region are presented with the opportunity to cut their teeth in the Porsche China Junior Motorsports programme, fully sponsored and supported by Porsche China.

For Chinese drivers, the selection process starts off with three karting competitions taking place across China between 5 and 17 October. Participation in this selection process is open to drivers aged from 16 to 25 to compete for one three slots in the Porsche China Junior shootout to be held at the Shanghai International and Tianma circuits from October 31 to November 3.

Alternatively, drivers from China as well as Southeast Asian nations who meet the age and eligibility criteria are invited to submit a full CV to junior-programme@porsche.cn before 17 October. The Programme selection committee will choose six candidates from amongst the eligible applicants to take part in November’s shootout which will include attendance at the finale rounds of the Porsche Carrera Cup Asia at the FIA World Endurance Championship in Shanghai, followed by two days of evaluation.

The shootout will include thorough fitness and aptitude assessments for all nine candidates, on-track evaluation in both Porsche road cars as well as the Porsche 911 GT3 Cup (Type 991). Candidates will be evaluated on their potential and willingness to learn, natural talent, knowledge of the sport, and professionalism in their approach to their careers.

Conclusion of the programme culminates in the selection of one Porsche China Junior 2016 driver from the aforementioned pool of six drivers and three Chinese grassroots candidates.

Upon selection, the winner of the 2016 Porsche China Junior Programme selection will receive a season-long contract as the official Porsche China Junior, a funding contribution towards participation in the 2016 Porsche Carrera Cup Asia, season-long professional coaching, entry into a round of the Porsche Mobil 1 Supercup, and the potential for nomination to the end-of-season Porsche Motorsport International Junior Programme.

Porsche Motorsport Manager Alexandre Gibot said, “The Porsche China Junior 2016 will be given exactly the same opportunities as his or her counterparts in Europe, where all 19 of the Junior drivers so far have made the grade as professional racing drivers. Five former Juniors are today Porsche works drivers: Timo Bernhard, Marc Lieb, Patrick Long, Michael Christensen, and Earl Bamber.”

Bamber is a notable success story of the European iteration of this programme, the Porsche Motorsport International Cup Scholarship, rising from being 2013 and 2014 Porsche Carrera Cup Asia Champion to become a Porsche works driver and 2015 24 Hours of Le Mans LMP1 winner.