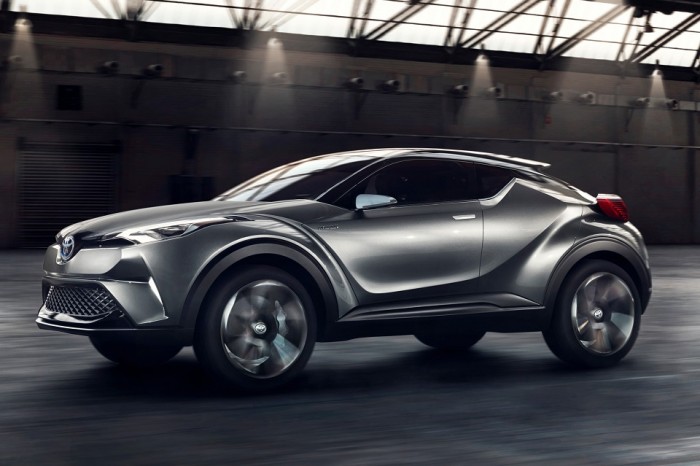 Toyota is readying a competitor for the Honda HR-V slated to debut at the Geneva Motor Show next year. First previewed at last year’s Paris Motor Show as the C-HR Concept, the new model is teased once again at the ongoing IAA Frankfurt Motor Show in the form of a revised C-HR Concept that is claimed to be more representative of the actual production model.

Developed in a collaborative effort led by Toyota’s ED2 European Design Development Centre with the company’s other design centres around the world, the new crossover model slots in below the CR-V-competing RAV4 and is based on Toyota’s new TNGA global modular platform which, according to Toyota, provides for a highly rigid body and a low centre of gravity.

Styling-wise, the C-HR Concept Mark II builds on the first concept’s diamond-themed design. The lower bodywork has been sculpted, in Toyota’s words, to represent the faceted surfaces of a highly-durable, precision-cut gemstone. At the rear, the vehicle’s bodywork is distinguished by muscular shoulders complemented by large 21-inch wheels with spokes finished in “diamond-cut” machined surface.