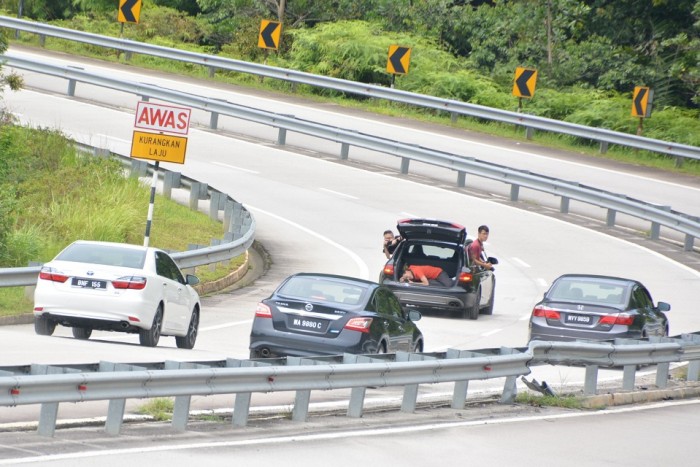 Whilst there is an unprecedented number of print and online media currently in circulation, writers that make up the Malaysian motoring media community are part of a remarkably small fraternity. Like a classroom, there inevitably are cliques and even rivalry between writers, but there also exists an overall sense of understanding and camaraderie between us all built from years of continuous interacting with each other whilst attending the same events and launches.

Personalities that make up our fraternity are varied and diverse, but we are united by one thing in common, which is our love for cars and the automotive industry in general. There are times which we compete with each other, and there are also times which we happily sit on the same table over coffee or beer, exchanging ideas and engaging in heated discussions.

Recently, for example, we collaborated with representatives from six other motoring publications to organize a nine vehicle comparison shoot-out that covered almost the entire spectrum of the D-segment. I was supposed to have brought the Subaru Outback on that day, but change of plans were enforced by technical issues with the test car.

Continuing that same spirit of collaboration and camaraderie, and in keeping with the message of unity and muhibbah in conjunction with the recent Malaysia Day celebrations, our friends at Carlist.my have helpfully compiled a selection of posts and articles from various motoring sites across the country. Included in the list is my reminiscing of my Autobahn experience in Germany earlier this year in July.

Other interesting content shared in the collection include a patriotic-themed video by Autobuzz.my, an opinion piece by Autofreaks on the Indonesian International Motor Show, and a history of electronic stability control featured on Motor Trader. If you’re big on safety, check out this interesting piece commenting on various NCAP safety ratings across the world by the Carlist team themselves. Malay language readers can also check out interesting pieces on Mekanika and PanduLaju.

Head over to Carlist.my and check out their ‘Mid-Month Mojo’ list here.