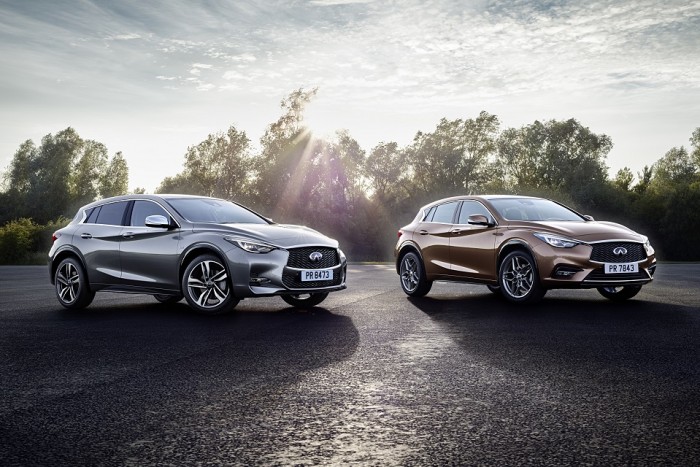 Having confirmed the model’s development two years ago by showing us the Q30 Concept at the 2013 IAA Frankfurt Motor Show, Infiniti has now followed up with official unveiling of the production-ready Q30 at the 2015 IAA, disclosing full technical details of the brand’s new premium compact hatchback.

Built on a shared platform with the current-generation Mercedes-Benz A-Class, the transverse-engined Q30 follows the now-popular path of straddling between multiple segments blending the product concepts of a crossover with a hatchback. Its elevated stance provides for a higher hip point of 531mm – easing ingress and egress. 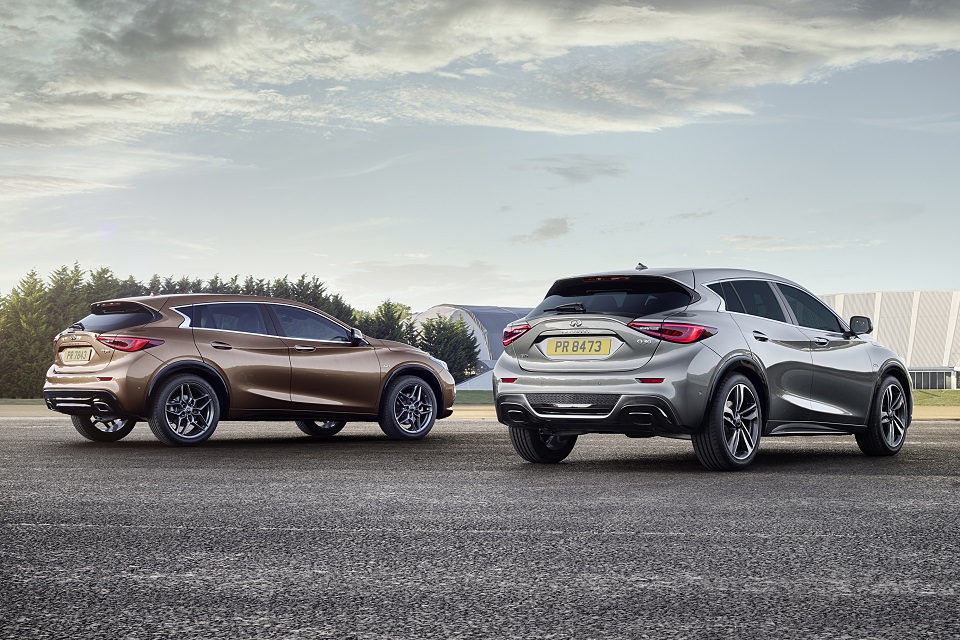 Available in front- and all-wheel drive configurations, the Q30 is powered by a range of Mercedes-sourced four-cylinder petrol and diesel powertrains with outputs ranging from 107hp from a 1.5-litre diesel to 208hp from a 2.0-litre petrol. In between comes a 1.6-litre petrol in 120hp and 154hp configurations along with a 2.2-litre diesel providing 168hp.

Depending on engine and driveline, the Q30 can be specified with either 6-speed manual or 7-speed dual clutch transmissions, both being Daimler’s in-house gearboxes widely used in Mercedes-Benz’s current range of New Generation Compact Car family consisting of the A-Class, CLA, and GLA. 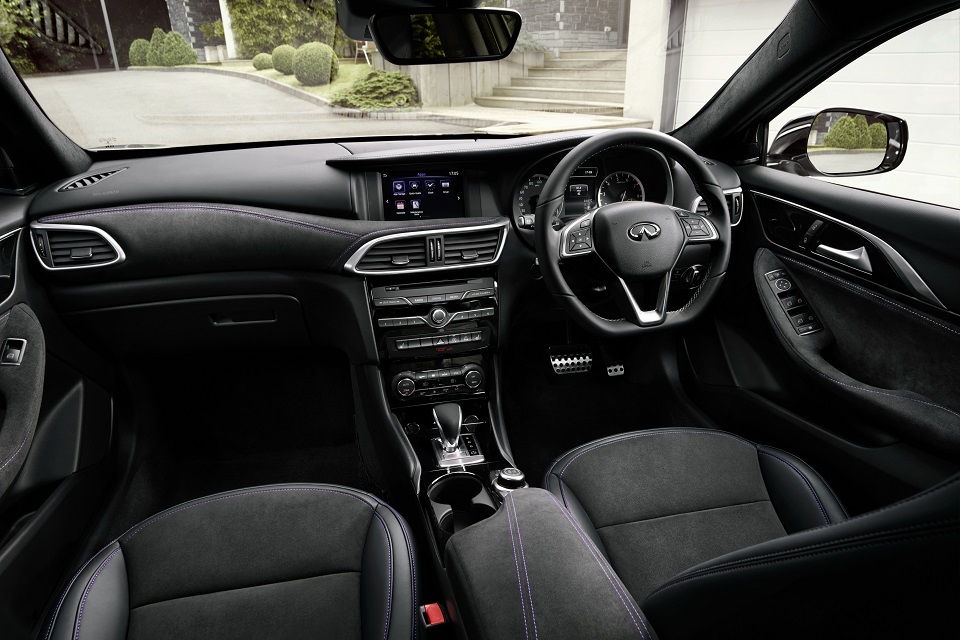 Three model grades are offered with the Q30, with Premium and Sport trims sitting above a basic model. Distinguishing features in the upper model include LED front fog lamps, body-coloured and heated door mirrors, chrome dual rectangular exhaust finishers, and 18-inch alloy wheels in Premium grade whilst the Sport model gets unique bumpers and gloss black front grille along with custom body-coloured side sills, dark chrome tail pipe, and 19-inch alloys. Additionally, the Sport model sits 15mm closer to ground, thanks to a lowered suspension setup.

To be built at a new £250 million extension of Nissan’s plant in Sunderland, UK, the Q30 is expected to play a vital role in growing Infiniti’s volumes globally in coming years. Infiniti sold a record 136,700 new vehicles worldwide during the first eight months of 2015, representing an increase of 14% compared to the same period in 2014. In August alone, Infiniti posted global sales of 16,900, an increase of 19% over the same month last year.