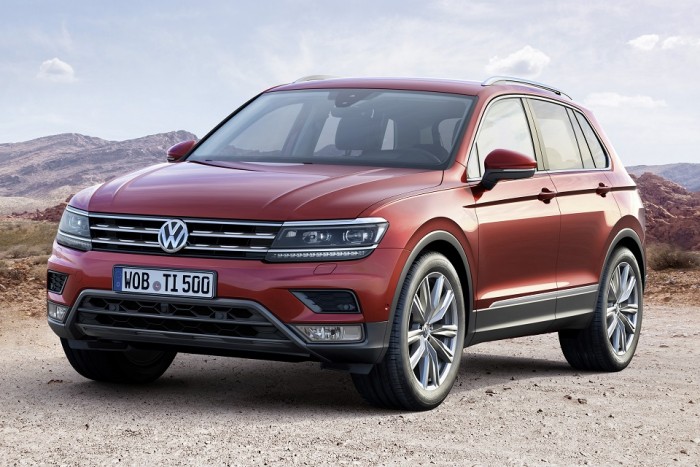 An all-new Volkswagen Tiguan debuts at the IAA Frankfurt Motor Show 2015, replacing a hugely successful predecessor that sold over 2.64 million units in total since its launch in late 2007.

Latest vehicle to be underpinned by Volkswagen’s MQB modular transverse platform, the second-generation Tiguan is powered by a range of Euro 6 petrol and diesel engines offered in conjunction with front- and all-wheel drive along with a plug-in hybrid variant shown as the Tiguan GTE concept. 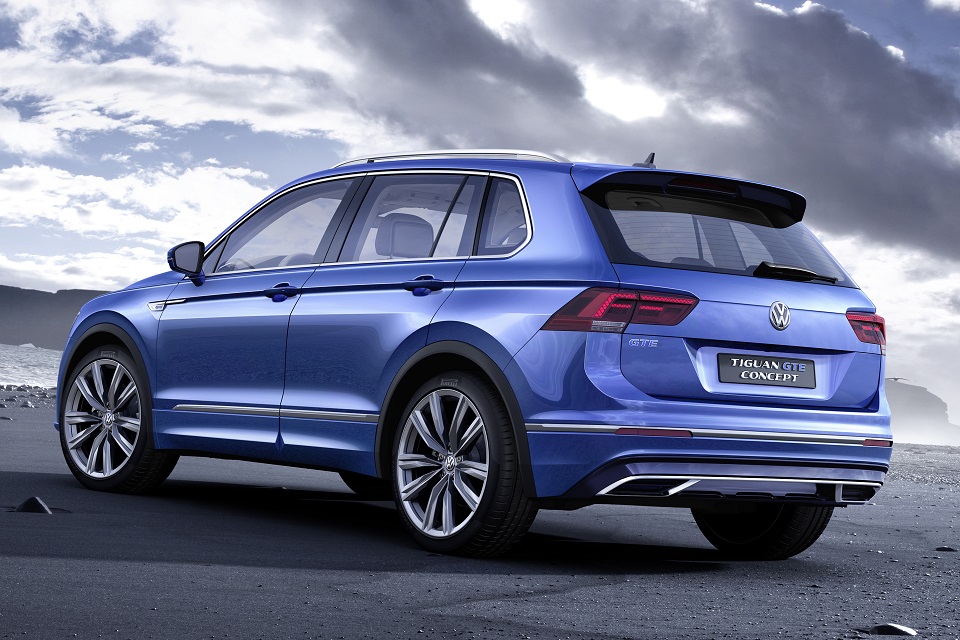 Revised dimensions of the new model sees the new Tiguan stretch 60mm longer and 30mm wider than its predecessor at 4,486mm by 1,839mm. The axles are pushed further to the edges with a 77mm stretching of the wheelbase to 2,681mm. Selected markets, namely US and China, will get a long wheelbase version to be introduced in spring 2017. 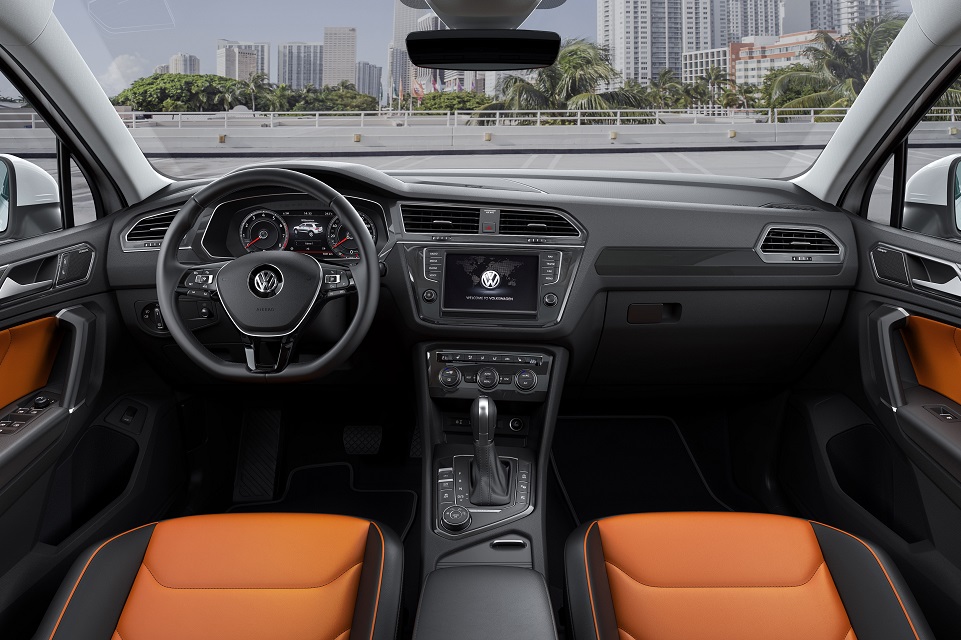 Improved packaging has helped free up extra space inside the new Tiguan. Volkswagen claims that the interior has been lengthened by 26mm and rear passengers have an additional 29mm of leg room. Luggage capacity has grown by 145 litres to 615 with rear seats up and 1,655 with them folded down.

Like existing members of VW’s growing MQB family, the Tiguan is powered by a range four-cylinder petrol and diesel engines, all of which incorporate technologies such as turbocharging, direct injection, auto stop-start, and battery regeneration as standard. Petrol engines, which displace between 1.4 and 2.0 litres, have outputs ranging from 123 to 217hp; diesel engines cover a wider spectrum with outputs spanning from 114 to 237hp. 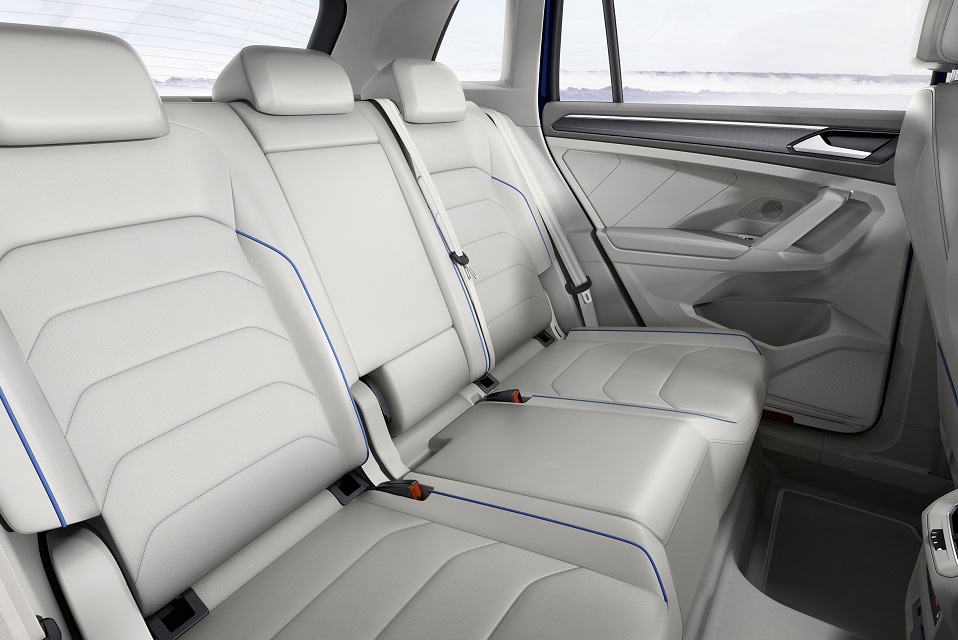 Compared to the previous Tiguan, Volkswagen claims to have made the new one up to 24 percent more efficient if compared to variants powered by Euro 5 engines and 10 percent more frugal compared to newer variants (not introduced in Malaysia) running on Euro 6 engines.

All-wheel drive versions of the Tiguan operate a fifth-generation Haldex coupling. In normal driving, the system drives only the front wheels, with traction routed astern within milliseconds upon detection of slip. Through the 4Motion Active Control rotary knob, the driver can select between various operating modes of the all-wheel drive system optimized for on- and off-road driving. 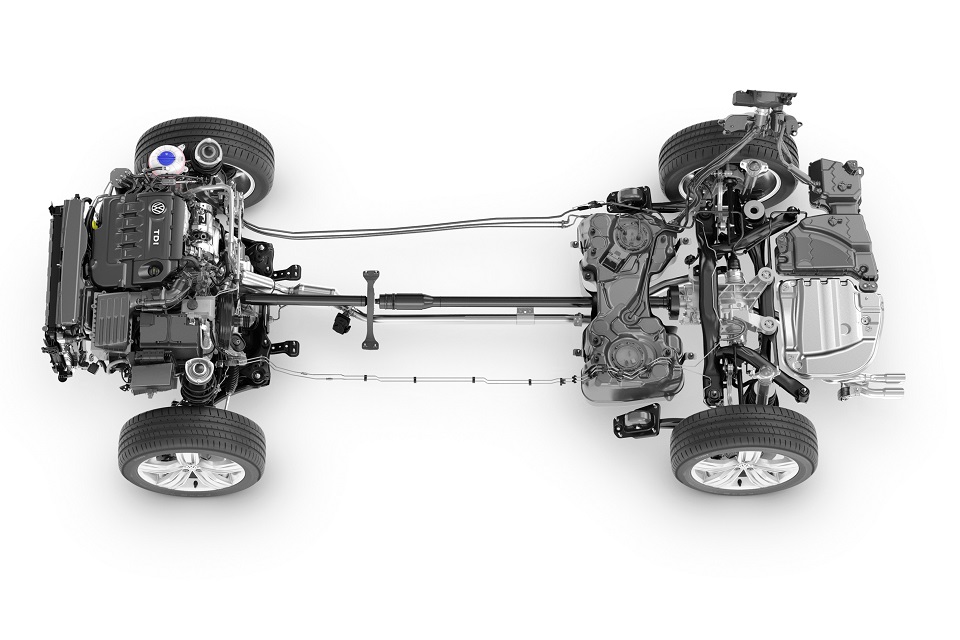 A possible variant to be added to the range later in the future, also shown at Frankfurt, is the Tiguan GTE, which merges a 1.4-litre TSI petrol with an electric motor (integrated within the casing of its specially-developed 6-speed DSG) in a plug-in hybrid setup to offer a net system output of 215hp whilst returning a rated fuel consumption of 1.9 l/100km in the combined cycle.

Electric power onboard the Tiguan GTE is carried by a 13.0kWh lithium-ion high voltage battery capable of providing a theoretical all-electric cruising range of 50km per full charge, which can be extended by a solar module integrated in the roof. Depending on available solar radiation, the roof panel can annually add up to 1,000km of all-electric range.