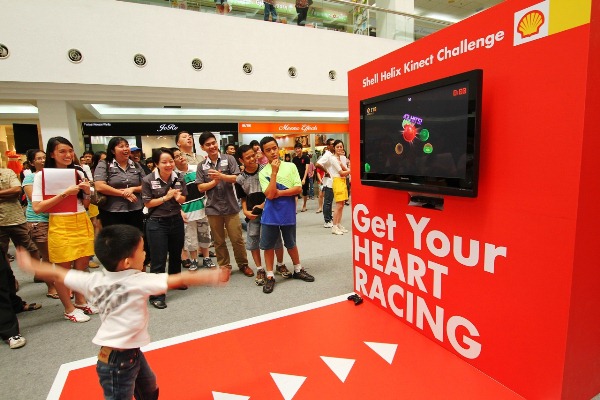 After three days in Johor last week, the Shell Helix Global Promotion 2012 roadshow moves into Penang this weekend, specifically at Queensbay Mall, Bayan Lepas from 10:00am to 9:00pm daily on 26 to 29 April 2012.

Activities to look forward to include the Shell Helix Kinect Challenge, where participants need to digitally ‘chop’ fruits that pop up on screen using their hand and leg movements. No purchases are necessary to participate, and attractive prizes await.

In Johor, Loh Kee Chuan was the ‘Fruit Ninja’ master when he beat more than 900 participants to win the first prize of a Microsoft Xbox 360 Kinect worth RM1,700. Aminul Bakhtar Abd Wahid finished second to win a Sony PSP Go mobile gaming unit worth RM800 while Asrul Adam won the third prize of a Steelseries PC gaming headphone worth RM500.

Aside from the challenge, visitors to the roadshow can also try out the Shell Ferrari F1 simulator and other fun games to win Shell Helix prizes. Those who wish to enter the Shell Helix ‘Get Your Heart Racing’ contest proper can also purchase their Shell Helix motor oil during the roadshow. 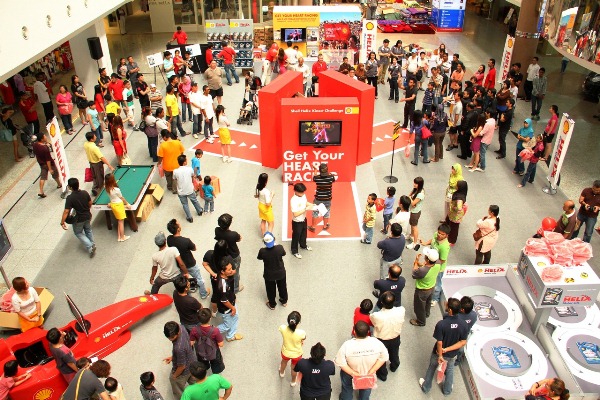 The contest runs from 15 March to 31 May 2012 and it is open to customers who purchase a four-litre pack of Shell Helix Ultra or HX7 motor oil. Customers have to count the number of Shell Helix words in an image on entry form and submit their entries at selected Shell stations, authorised workshops or by mail with proof of purchase.

Fifteen lucky finalists take part in the fun-filled Shell Helix Finale Challenge in July 2012. Five lucky winners will then get to embark on a trip of a lifetime, which includes a visit to Maranello, the home of Ferrari; shopping in Milan; and catching the Italian Grand Prix at Monza in September. 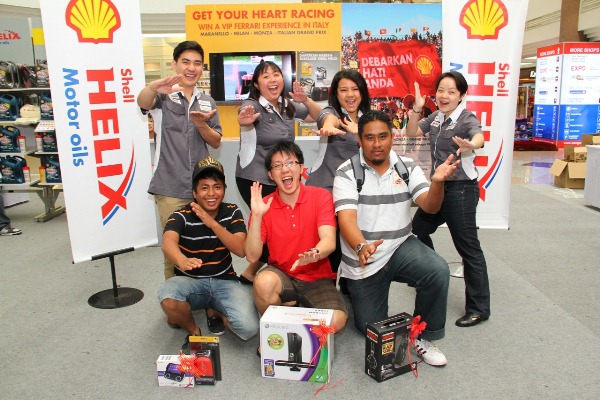