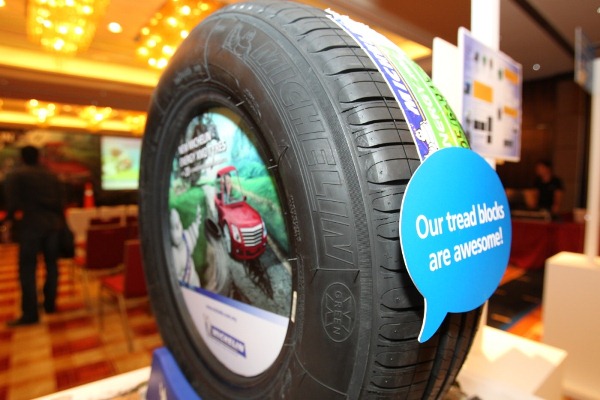 “We are confident of recording a good double digit market share and strengthen our position to be among the top three preferred brands in Malaysia. Car owners in the mass market segment are demanding greater savings to mitigate the overall increase in the cost of living,” said Yves Pouliquen, Managing Director of Michelin Malaysia Sdn Bhd.

Compared to its predecessor, the XM1 which used a hybrid compound, the new XM2 has switched to full silica, resulting in an 8% decrease in rolling resistance, translating to a potential 1.1% fuel savings for the owner. The XM2 also features Alternating Bridging Technology, which reinforces the rigidity of tread blocks, leading to reduced rate of tyre wear.

Treads of the Energy XM2 is constructed using what Michelin calls the Micro-Adaptive Compound, which is more flexible and adapts better to road surface irregularities, providing improved grip. Wet grip has also been improved from the XM1, with Optimum Void Grooves able to channel 20% more water off the vehicle’s path compared to the XM1, thus reducing the risk of hydroplaning.