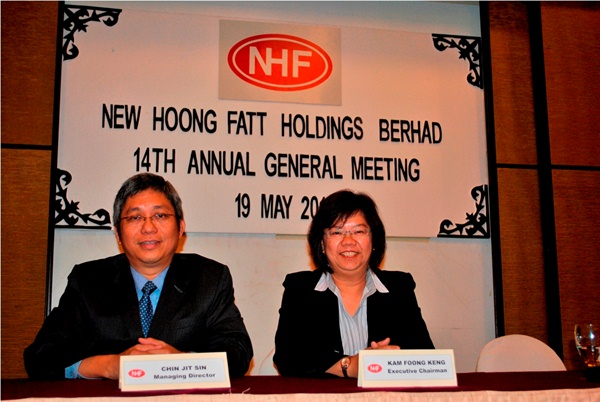 Automotive spare parts supplier New Hoong Fatt Holdings Bhd (NHF) has announced in its 14th Annual General Meeting (AGM) on 19 May 2011 a pre-tax profit of RM31.3 million for the financial year ended 31 December 2010. The figure represents a 21.8% increase from the RM25.7 million profit made in 2009.

“2010 was another successful and fruitful year for NHF. We focused on implementing our expansion strategy, crossing borders to expand our export market. The achievement of 17% growth in the export market is a testament to our commitment to expand this area of business and to grow globally,” said its Executive Chairman, Madam Kam Foong Keng.

MyTukar Set To Benefit From SoftBank Funding For Carro

MyTukar Set To Benefit From SoftBank Funding For Carro