Never before in human history has issues of pollution, global warming, and depleting resources been discussed with as much vigour as they have been in recent years. Enviro-freaks would have us believe that cars, factories and all the poisonous gasses they’re spitting out are set to doom us to extinction. Countering them on the other end of the argument is another camp of people who maintain that the current pattern of climate change is simply a natural order of events taking place. They say global warming would have happened whether or not we are around redlining our engines.

There is of course, no way of scientifically concluding the argument one way or the other. Indeed, we might never know the truth for sure. Nevertheless, at this moment, it’s the green brigade winning the battle in convincing the public. All the education campaigns are having some effect as more and more people take up environmentally friendly habits like recycling and cutting down usage of plastic bags. At a dinner table, it’s not uncommon to find people talking up their parts in saving the planet. In fact, it is now trendy to love the environment.

Being green is the “in” thing now, which is why hybrid cars like the Toyota Prius and Honda Insight sell like hot cakes.  The selling point of these cars is the ‘I love Mother Nature’ image that they help their owners portray. That they offer unparalleled fuel economy is actually besides the point. No, wait, they actually don’t offer unparalleled fuel economy. Last year, two correspondents from The Sunday Times (the one in the UK, of course) took a Prius and a BMW 520d on a trip from London to Geneva and found, much to their shock and horror, that the big BMW saloon recorded superior mileage to the supposed ‘eco-paragon’ Prius.

That version of the 520d was powered by the 177hp N47 2.0-litre 4-cylinder turbodiesel engine tricked out with all the enviro-mods under the BMW EfficientDynamics banner. For the upcoming Frankfurt Motor Show, BMW is set to unveil the 320d EfficientDynamics Edition, powered by this same engine, but detuned to 163hp. The result? Fuel consumption at 4.1 litres/100km, and CO2 emissions at 109 g/km, making it the most fuel effiecient and the lowest-emission car in BMW’s current lineup.

Your BMW to save the environment.

From the outside, the 320d EfficientDynamics looks exactly the same as the standard 320d. There are no green-coloured enviro-badges plastered all-over the car (at least not on the one used for the official media pictures) for you to tell the world how much you love the environment. The only external visual differentiation is found in the rims, where the five-spoke turbine design combine with various other unseen aerodynamic enhancements to help achieve a claimed Cd of 0.26.

Looks exactly like any other 3-series. Except for the wheels.

BMW’s N47 turbodiesel has seen applications in a wide range of models in varying state of tunes. Featuring an all-aluminium crankcase, it is fed by a piezo-electric common-rail direct injection system and has a variable geometry turbo ramming air down its intakes. In addition, a two-mass flywheel with a centrifugal pendulum helps to balance out vibrations at low revs, ensuring (in BMW’s words) ‘comfortable and acoustically optimised development of power and performance all the way from low engine speeds.’

Though optimised for efficiency, the engine is no slouch in its output figures. Its peak power of 163 horses arrive at 3,500rpm and stay on until 4,200rpm. Like all good diesels, the eyebrow-raising tit-bit on the specs-sheet comes at the line about torque, which in the case of the 320d EfficientDynamics, reads 360Nm @ 1,750 – 3,000rpm. Still more than sufficient to meet your everyday needs, while keeping a clear conscience as the 320d EfficientDynamics (naturally) offers full compliance to EU5 emission standards. 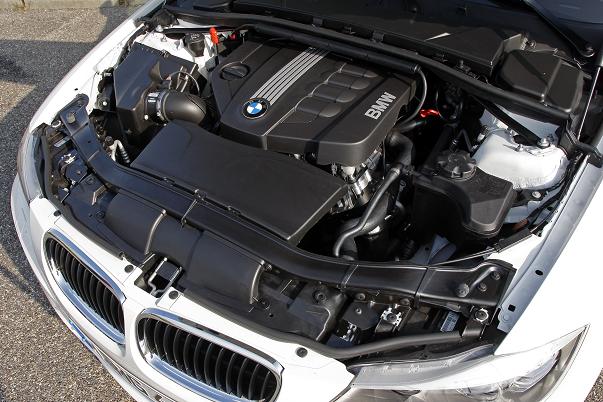 Additional technological EfficientDynamics goodies include the lot of Brake Energy Regeneration, Auto Start Stop, and a gear shift point indicator. The air-con compressor and electronic power steering operate only on demand, detaching themselves whenever their services are not in need. The six-speed manual transmission comes with a longer final drive ratio to further encourage relaxed cruising. 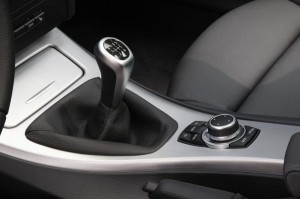 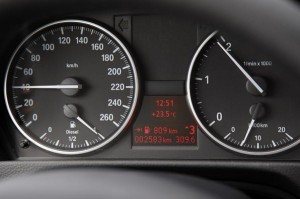 It might not burn tarmac, but the 320d EfficientDynamics can still dispatch the century sprint in 8.2 seconds en route to a 225kph top speed. The crucial overtaking sprint of 80 to 120kph using only fifth gear is accomplished in 9.6 seconds. We recommend fourth.

The final clincher is that, in all their generousity, BMW will not charge a penny extra for buyers who opt for the 320d EfficientDynamics over the regular 320d, which would continue to remain on sale. Call it brilliant a marketing ploy, or a sincere attempt in saving the environment, that’s a move worth praising. 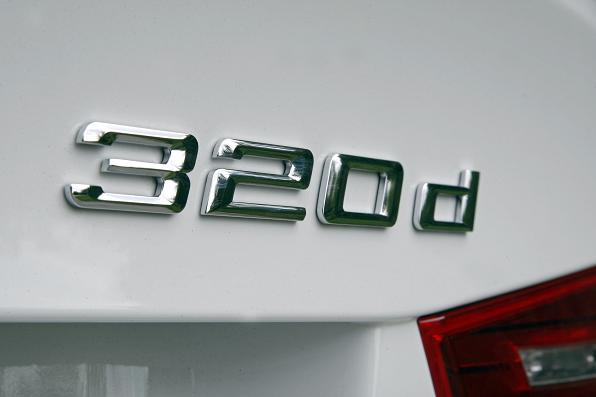