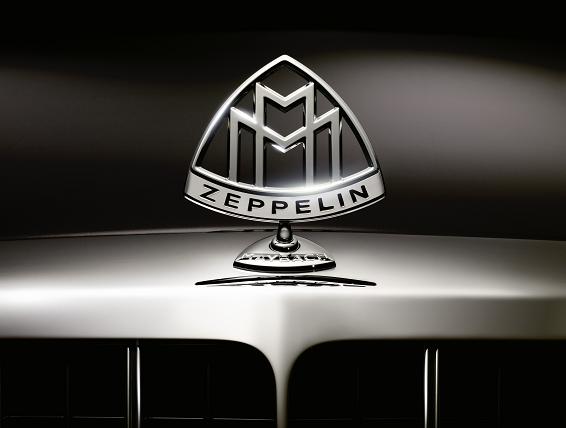 Maybach will be unveiling a new variant of the 57 and 62 at the upcoming Geneva Motor Show in March. Dubbed the Zeppelin, this new luxo-barge will assume the mantle of being the flagship of Daimler-Benz’s ultra-luxury arm. Built on the same framework as the standard 57 and 62, the Zeppelin is differentiated from the rest of the range by a unique colour scheme, an even more refined interior and an uprated powerplant.

Only 100 such cars will be built, and Maybach is keen to stress on this point, though bear in mind that 100 is not a small volume for cars that sell for over 400,000 Euros each. Two variants are available – the 57 Zeppelin and 62 Zeppelin.

For its new flagship, Maybach has chosen a name that is of great importance to the company’s history. Maybach originally manufactured engines for zeppelins before the first world war. In 1928, the company’s new flagship was hence named the Zeppelin in honour of this heritage. The Zeppelin DS7 featured a 7.0-litre V12 and was sold from 1928 to 1930. It was then replaced by the 8.0-litre DS8 version before the Zeppelin name was phased out in 1934.

It would appear that thus far, engine and fancy badge aside, little differentiates the Zeppelin from the ‘run-of-the-mill’ 57s and 62s. Maybach recognises this, and has specified an exclusive two-tone paint finish for the Zeppelin. The shoulder line is painted in Mountains light brown, visually connecting the headlamps to the taillamps, while the rest of the car is finished in Taiga black. While it’s undoubtedly a paint of high quality, it shows a lack of effort or imagination on Maybach’s part.

One criticism often levelled at the Maybach is that it looks pretty much like a stretched out Mercedes. The styling seems too eager to show that it’s Benz underpinnings deep under the sheet metal and leather finish. Unlike BMW, which has successfully maintained a distinct styling language for Rolls-Royce, Mercedes made a pimped up S-class out of the Maybach.

With cars like the Maybach, it’s never about how much torque or horsepower the engine produces. Nor is it about how hard you can corner the car before you push it into oversteer. It’s all about the atmosphere of the interiors – the feel of being cosseted in uncompromising luxury, where every stitch is meticulously sewn to perfection.

As you open the doors into the Zeppelin, you will be greeted by door sill plates spelling out the car’s name. You then step into an interior that features a two-tone ultra-luxurious leather finish with California beige contrasting Deep Stromboli Black. As you put your foot down, spare a thought for the few poor lambs whose skin are used to make the carpet you are stepping on. 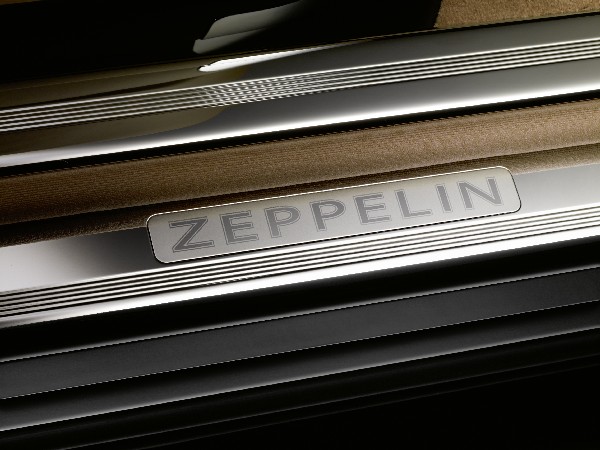 If you were to take the front seats, you can feel the exquisitely crafted piano lacquer finish on the dashboard. As if as any reminder is needed, the words ‘MAYBACH ZEPPELIN’ are spelt out above the multifunction display on the centre console. But once you sit further back and absorb the entire view of the dashboard, you once again sense an unmistakable Mercedes air about its layout. 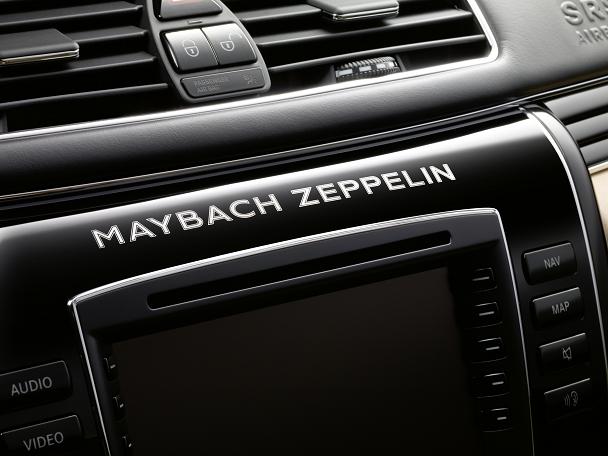 If you needed reminding. 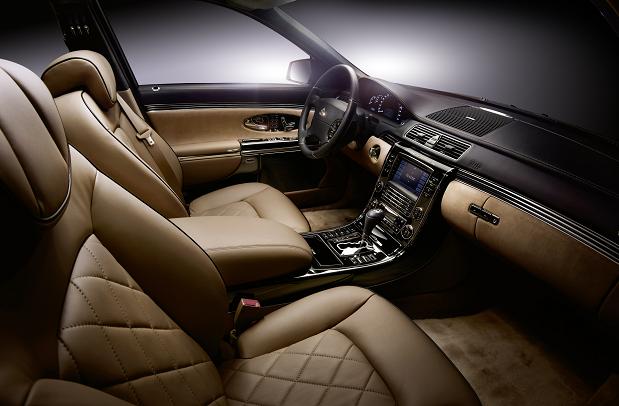 However, no one buys a Maybach to sit in front, so what if it looks like an S-class in front? As far as the interior is concerned, the stakes are highest is the rear. And, since there’s an option on the 62 Zeppelin for a glass partition dividing the front and rear, there might even be owners who couldn’t tell how the front cabin of their cars look like. The rear of the Zeppelin sits two highly pampered passengers – each with his/her own adjustable seats, multifunction display, and even champagne flutes marked with the words (you guessed it) ‘MAYBACH ZEPPELIN’.

All that’s missing is a stewardess. 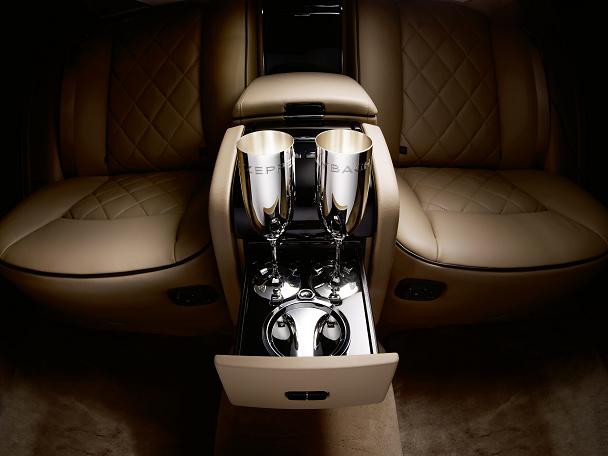 The Zeppelin features, and Maybach made a big deal out of this, the world’s first perfume atomiser. The only one of its kind in the world, Maybach obviously saw this as a huge unique selling point of the Zeppelin, covering it in four pages out of seven in the press release. Personally, I’d be very concerned when a all manufacturer could harp about its flagship model is how it smells.

Pictures supplied by Maybach captured it in beautiful lighting conditions, showing the atomiser to be a beautiful crystal-ball-like object resting on top of the rear air-vents. Its description, however, is a bit more complicated than that. For a start, the crystal-ball structure is made of Plexiglass and is internally illuminated. The owner can insert into it, a vial of his/her choice of fragrance.

At the push of a button, from the driver’s seat or the rear centre console, a regulator pump sends a gentle flow of air into the ‘crystal ball’, thus gently venting the perfume molecules into the cabin. There’s even a thumbwheel to allow passengers to adjust the level of fragrance vented into the cabin. 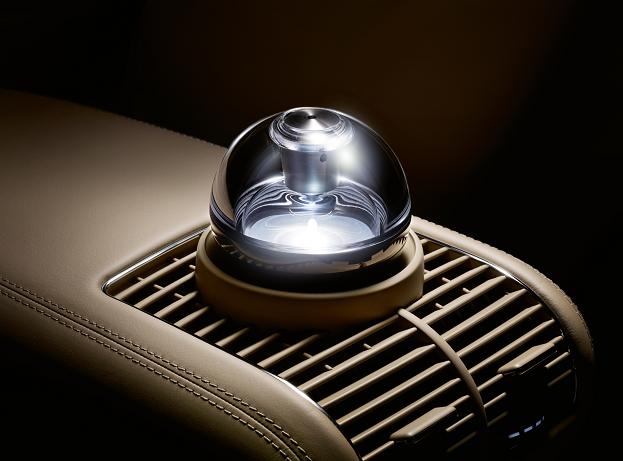 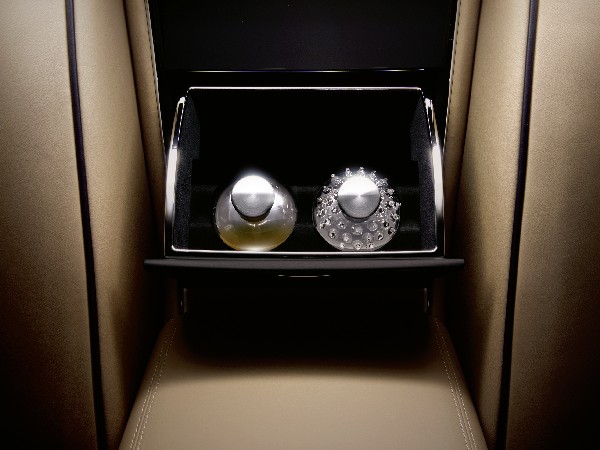