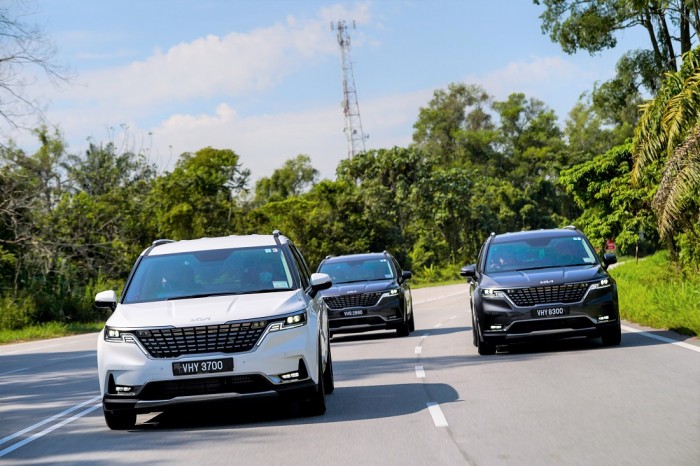 About a couple of decades ago, MPVs / multipurpose vehicles / minivans were the dominant people mover. These vehicles did it all – they brought large family units and their live-in domestic helpers for meals and road trips, and also carried their furniture and bulk grocery shopping home safely. But over time, the consumer trend shifted and MPVs made way for the SUVs (sport utility vehicles) that became more stylish and efficient. MPVs then mainly fell into either one of the 2 groups i.e. a recond VIP bus or entry level school transport (I said “mainly”). Yes, there were a few MPV models in between these 2 groups on extreme ends still selling but the numbers were far from any SUV.

However, recent introductions of new MPVs in Malaysia could hint at a resurgence of this segment. For instance, the fully imported Kia Carnival launched by Dinamikjaya Motors in January was quick to sell out, likely as many saw value in this 11-seater at under RM200k. And by July, the official Kia distributor introduced the locally assembled version with more premium features but with fewer seats (7- and 8-seaters). The updated features (including plush captain seats in the 7-seater) also pushed the prices beyond RM200k. The bump in prices was also due to the different tax classifications of the 11-seater versus the 7- or 8-seater versions. But since you can spot them on the road, it can be assumed that there are still willing buyers despite the higher price tag. 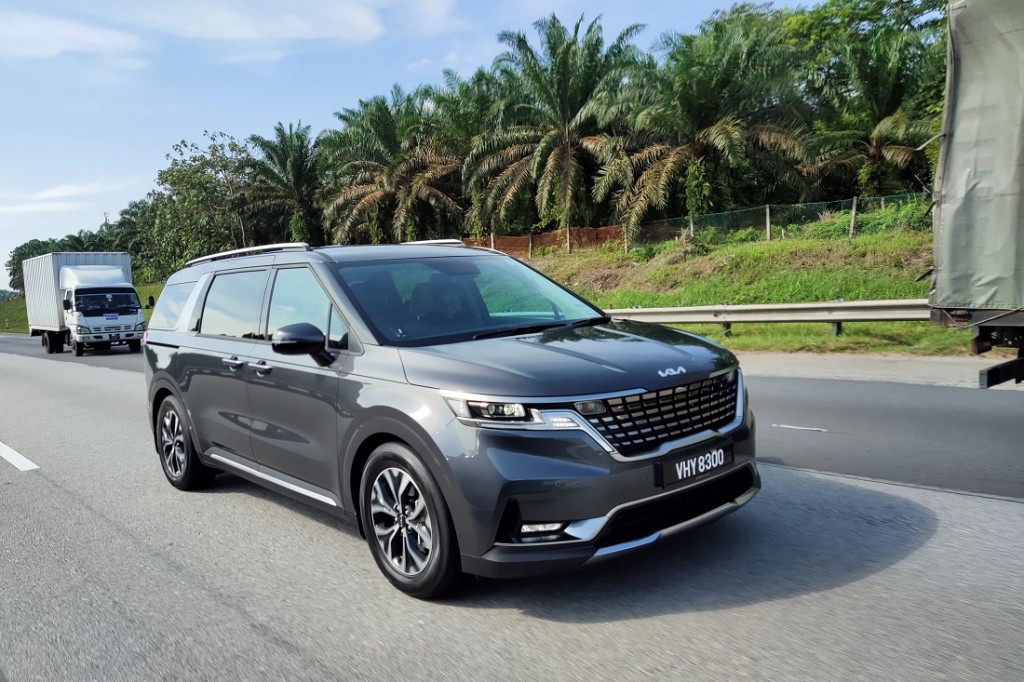 The latest Kia Carnival is in its 4th generation and built on new platform. The 3,090 mm wheelbase is longer than its predecessor to afford more interior space. Overall, the physical dimensions for length (5,155 mm) and width (1,995 mm) are improvements over the predecessor. Furthermore, the base of the A-pillar had been moved backwards to create a longer hood, making it less van-like. It also has shorter front overhang to not only improve its appearance but approach angle as well.

The Carnival is profiled to be sleeker looking. Without any point of reference to its size, the Carnival gives off a more wagon vibe and less of the boxy MPV one. Externally, the metallic trim isn’t overdone and there is a general sense of cohesion in design, especially how the daytime running lights and LED headlights are integrated into the fascia styling. It’s hard to point out the differences in appearance between the CBU and CKD units but the most obvious one is the use of the car-like wing mirrors on the locally assembled variants instead of the larger van-like mirrors on the imported Carnival. Regardless, both types are mounted on the door and provides the driver with a better view out the glass panels of both front doors.

And the drive is also another element enjoyed by the driver. Behind the wheel, the Carnival does not feel like a large MPV, but more like a large sedan. You can leave out comparisons to “sport sedans” of course, but the view and feel out of the cockpit, especially the stability, gives the Carnival a car-like demeanour and less of the intimidation that comes from driving a tall awkward box on the highways. It is only when it’s time to park the Carnival that you realize how long and wide it is. But since the Surround View Monitor system is fitted to all except the 8-seater Mid variant (only reverse view camera), parking it is not a big challenge. Beyond that, there is a variety of advanced safety features some of which I personally appreciate such as Forward Collision Avoidance Assist and Blind Spot Collision Warning but you’ll have to check what your preferred variant has.

For the passengers at the rear, the ride can be a rather uneventful one, which is a good feature as it means there is little effort spent trying to get comfortable back there. Until the driver decides to feel overly enthusiastic in taking the corners would the rear-most passenger start to feel motion sickness. Otherwise, it’s mostly a just lean back and enjoy the very enjoyable Bose sound system experience. Do note that I am not a diehard audiophile, but it sounds better than many others without even the need to tweak the audio settings.

Helping the Kia Carnival move is a 2.2L Smartstream turbo diesel engine which produces 202 PS (199 hp) @ 3,800 rpm and 440 Nm of torque @ 1,750 – 2,750 rpm. This is mated to an 8-speed automatic transmission that sends drive to the front wheels. Is it stupendous? No, not on paper. But on the road, there is more than enough grunt to get this MPV up to highway speeds (and beyond) and keep you there. This amount of torque from the turbo diesel also makes it more effortless to overtake on trunk roads, though you can expect a slight turbo lag. For more confidence in boosting power to overtake, you can also drop the gear with the shift paddle.

On one of our drives, we were a company of 5 with luggage in the range-topping 7-seater and the Carnival felt comfortable on clear stretches of country roads, the highway and also very congested roads. The diesel engine was barely heard in the cabin; non-car nuts probably wouldn’t realise there is an oil burner under the bonnet.

While the 7-seater variant has the most plush seating for the middle row passengers with its premium Relaxion captain seats, the 8-seater offers the most flexibility in seating arrangement. Featuring a 2-3-3 layout, the 2nd row seats can be turned around to face the 3rd row seats to make a ‘meeting room’ style layout; the middle seat of the 2nd row can be folded and turned into a table of sorts. To get this arrangement however, the 2nd row seats on either side needs to be removed and transferred to the opposite side i.e. left hand seat goes to the right and vice versa. This is to ensure the seat belts can still be used. But this could pose a physical challenge as the seats are not light, though doing it often could save you on gym fees. 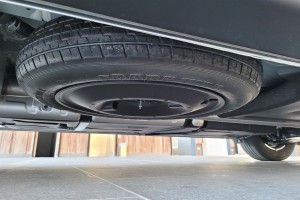 Additionally, the 3rd row seats fall flat into the floor when not in use to maximise cargo space. Thus, when they are up and occupied, you still get a deep cavern for cargo. This design however, necessitates the relocation of the space saver spare tyre to the centre of the vehicle just behind the driver’s seat. The captain seats of the 7-seater cannot be removed in a similar fashion due to the wiring attachments.

On the other hand, the 11-seater has a 2-3-3-3 layout with the middle seats in the 2nd and 3rd rows looking more like jump seats or picnic tables for the respective rows. The 3rd row’s middle seat flips vertically to allow for passage to the 3 seats in the 4th row. The 4th row seat unit folds flat into the floor, and when it is up and maximised for passengers, takes up practically all the room away from luggage. In this instance, a roof box may be necessary if you are carrying both passengers and luggage.

For those who truly need to maximise the transport of humans, then the 11-seater is the best option. But if passenger comfort is a priority, with comfortable allowance for luggage, then it’s the 8-seater. Or the 7-seater, if captain seats are a must-have option.

The Kia Carnival may not (yet) have the prestige of the typical MPVs we often see as VIP mobiles but that is more likely due to perception and not performance nor luxurious trim. Furthermore, as a product retailed by the Bermaz Auto group, owners of the Carnival will enjoy a 5-year manufacturer warranty (or 100,000 km, whichever comes first) as well as a 5-year Free scheduled maintenance package (or 100,000 km, whichever comes first). The locally assembled Carnival variants start from RM230k.