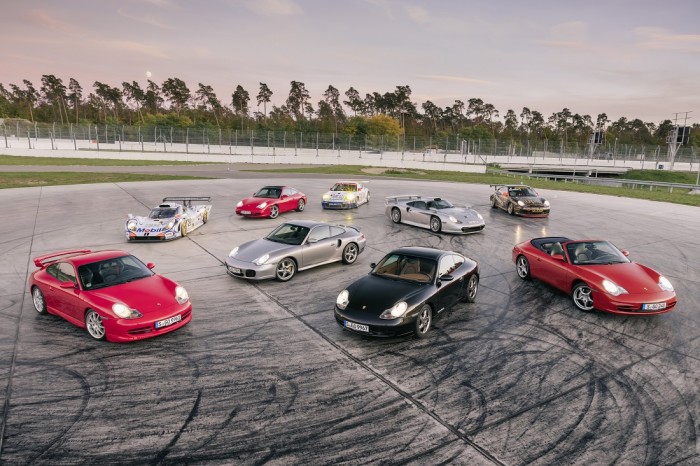 In the blink of an eye, the Porsche 911, with the internal codename 996, along with the Boxster, celebrate its 25th birthday. First breaking cover at the IAA International Motor Show in Frankfurt in 1997, the car is credited with securing the continued independence of Porsche. 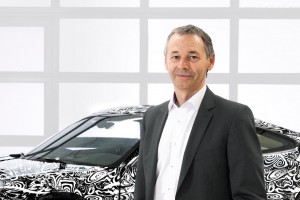 The show car had wowed the public with its many design and technical innovations while maintaining the iconic 911 shape and rear-engine concept. “It was time to ‘break with old habits’,” said August Achleitner. From 1989 to 2000, he served as Head of ‘Technical Product Planning, Vehicle Concepts and Package including Special Projects’ and as such was the strategic head of the overall 996 vehicle concept. “Porsche needed a car in a lower price segment, to help generate a higher volume of sales. So this led to the idea of the Boxster and the 996 sharing parts”.

There was no question that the new 911 had to look like a 911, but which engine would be installed in the rear was not initially clear. “We experimented with the engine because the air-cooled 2-valve-per-cylinder designs were at the end of the road technologically in terms of emissions and power,” he explained. “And air-cooled 4-valve boxers didn’t work due to various hotspots that we couldn’t get a handle on. In 1989, a compact V8 was even fitted in the rear on a trial basis, but that idea was also discarded. So that brought us to water-cooled, 4-valve boxer engines.” 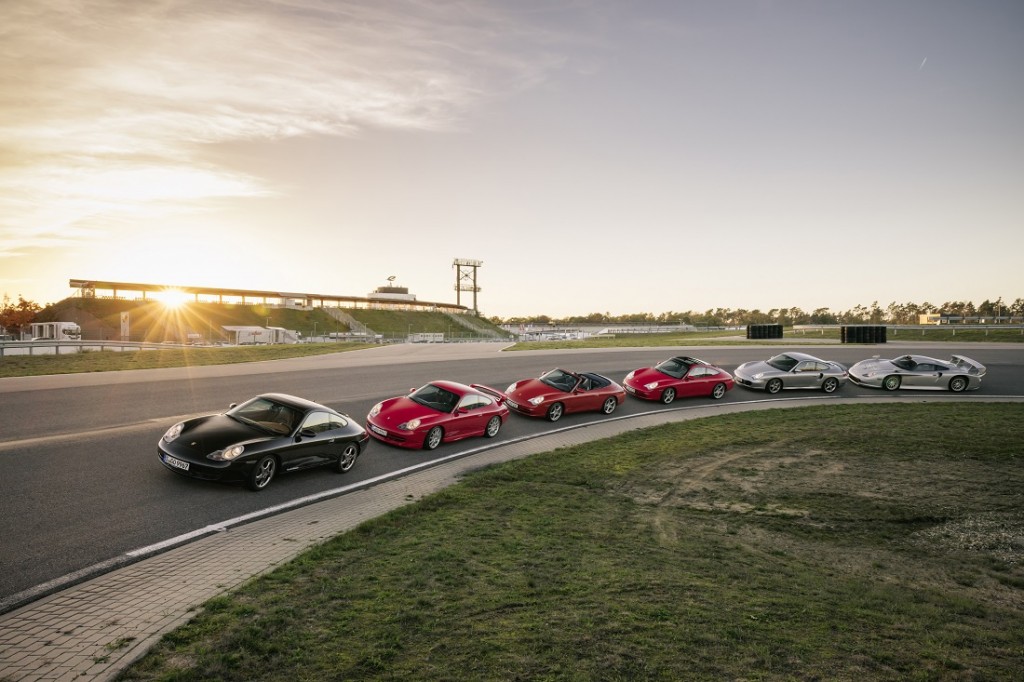 The use of water cooling instead of air cooling along with a groundbreaking parts-sharing concept with the 986-generation Boxster meant that up to the B-pillars, the interiors of the 996 and the Boxster were identical. What remained unchanged was the boxer principle of the 6-cylinder engine. What was new was the willingness of the engineers and designers to turn much else on its head.

The look of the 996 model came under the direction of Harm Lagaaij, Chief Designer in the 1990s. He recalls how surprised he was by the strategy, unique in the automotive industry at the time, of building a mid-engine roadster and a rear-engine coupé identically from the front to the B-pillar. “The task was a major challenge. But we mastered it by first designing a number of different Boxster-996 matching parts,” he commented. Due to time constraints, the modellers had to work directly on 1:1-scale models. To bring it all together on schedule, Porsche had brought a multitude of specialists on board, increasing Lagaaij’s team to 80 members at its peak.

The fact that the 2 selected design models bore the look of the Boxster concept car presented at the Detroit Motor Show in 1993 was down to the success of its debut. The Boxster concept car had thrilled the crowds, bagging the ‘Best of Show’ title. “I knew immediately that the show car’s front end would fit with the 996 as well,” said Lagaaij. “What people forget is that we were working on all 3 versions – 996, 986 and the concept car – at the same time. Otherwise, it would have taken too long before the public heard about the cars.”

At the same time, he was aware of the risk of mixing up the 996, 911 and 986 Boxster models, but other concerns were more pressing: “The pressure and the imperative of saving the company was the top priority.” 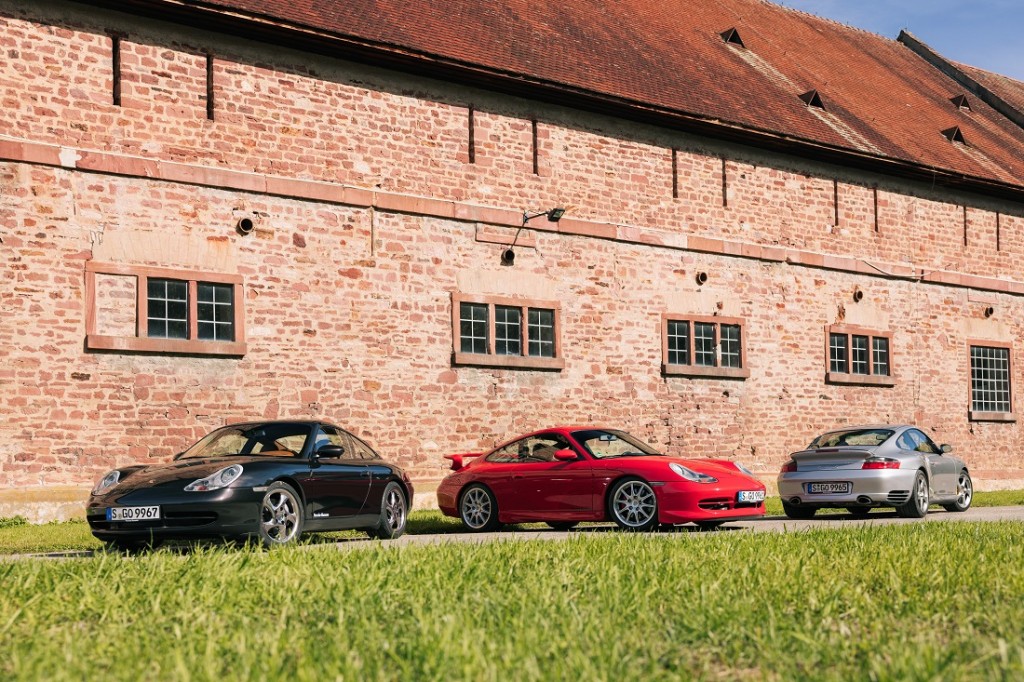 The new parts-sharing concept impacted every department involved in the front end, from the suspension to the electrics, the body and the overall packaging. “The programme envisioned that we would sell a total of at least 30,000 units of both vehicles with a good return on investment,” Achleitner revealed. This was also the reason why the Boxster was launched in 1996, a year before the 996. The plan worked: more than 30,000 examples of the 996-generation 911 were sold annually, with total unit sales hovering between 50,000 and 60,000.

Internally, there was never any criticism of the concept or the design. In contrast, the form and effect of the headlight units, with their integrated indicators/turn signals, fell into disfavour with the press after a few months. It came as a surprise to the designers since the design had been roundly praised in the Boxster concept car not long before. “The design was totally unique: 5 functions in a single module that was not expensive and could be installed in minutes on the assembly line,” explained Lagaaij. 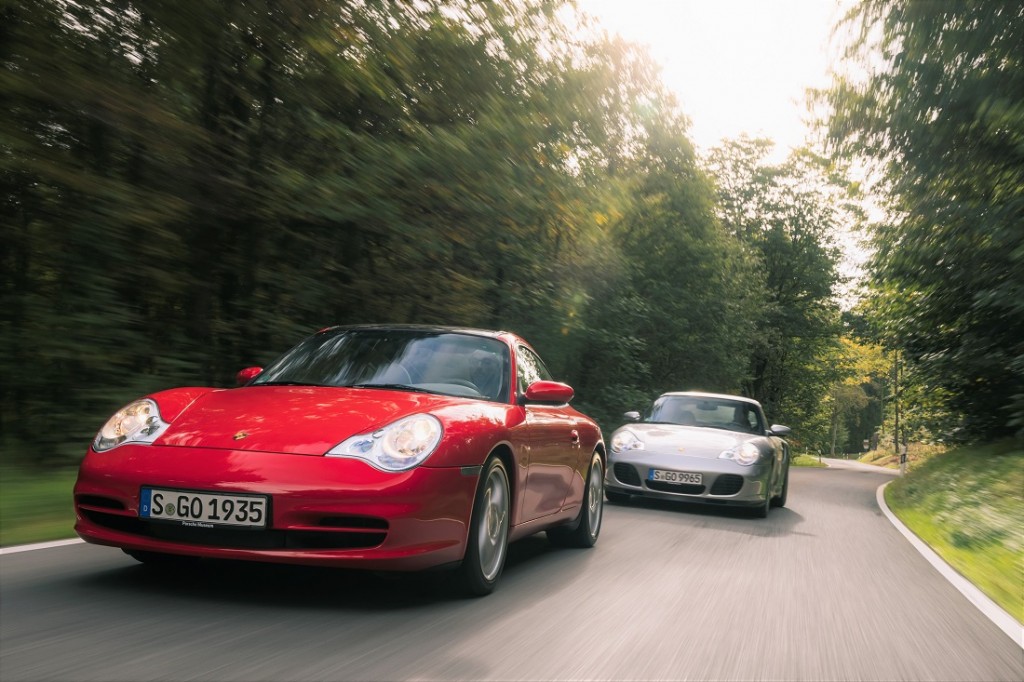 Then in April 1998, the Cabriolet joined the Coupé – with a fully electric hood that went up or down in 20 seconds. When retracted, it disappeared beneath a metal cover plate, removing the need for a tonneau cover. Some 6 months later, Porsche complemented the duo with an all-wheel-drive 911 Carrera 4 in Coupé and Cabriolet versions, each using the body of the base 911. This all-wheel-drive Carrera and the 305 km/h, 4-wheel-drive 911 Turbo, which was offered from January 2000 with a 420 PS twin-turbo engine, were part of the product planning from the outset. Achleitner once again: “In the design of the 996, we made the transmission tunnel sufficiently large that an all-wheel drivetrain would fit into it. That required some compromises: due to the parts-sharing plan, the Boxster also had this same detail, although it was never available with all-wheel drive.”

While the Turbo and Carrera 4 models were pre-planned, the 911 GT3 launched in May 1999 came about almost by chance. Due to changing motorsport regulations, Porsche built a 360 PS offshoot of the 911 as a road-legal homologation vehicle – and as the successor to the 911 Carrera RS. “The commercial success and the unit numbers were not great at first,” Achleitner admitted. “And yet the 911 GT3 marked the beginning of the establishment of an independent brand – because with the 911 GT3 of the 996 generation, we established a clear difference between an everyday 911 and a motorsport-inspired road car.” This was then followed in January 2001 by the 911 GT2 based on the 911 Turbo with a 3.6L boxer engine and 462 PS. It was also the first model to feature ceramic brakes as standard.

The 996 generation was reworked in the 2002 model year. Displacement was increased to 3,596 cc and power was boosted to 320 PS. Subsequently, the 911 Targa and the 911 Carrera 4S Coupé with the wider bodywork of the 911 Turbo joined the family. The open-topped 4S version followed in 2003.

For the 2004 model year, Porsche also offered a Cabriolet version of the Turbo and, as one of various special models, the 911 Carrera Coupé ‘40 Years of Porsche 911’ with 345 PS, sports suspension and an electric sunroof. From model year 2005, the Turbo S was available as a Coupé and Cabriolet with 450 PS. Never before had there been so many variants of the 911 as in the 996 generation. Porsche would go on to sell roughly 175,000 examples.