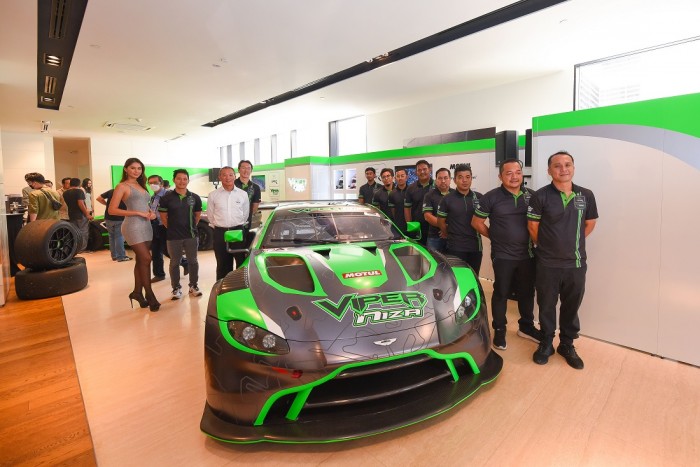 Viper Niza Racing, a Malaysian owned and based team, has entered into a partnership with Aston Martin Racing Asia to further advance its racing endeavours. The team, which started in 2015, has had successes racing in touring car and prototype classes, and will be using the latest generation Aston Martin Vantage GT3 and Vantage GT4 cars in regional and international racing. 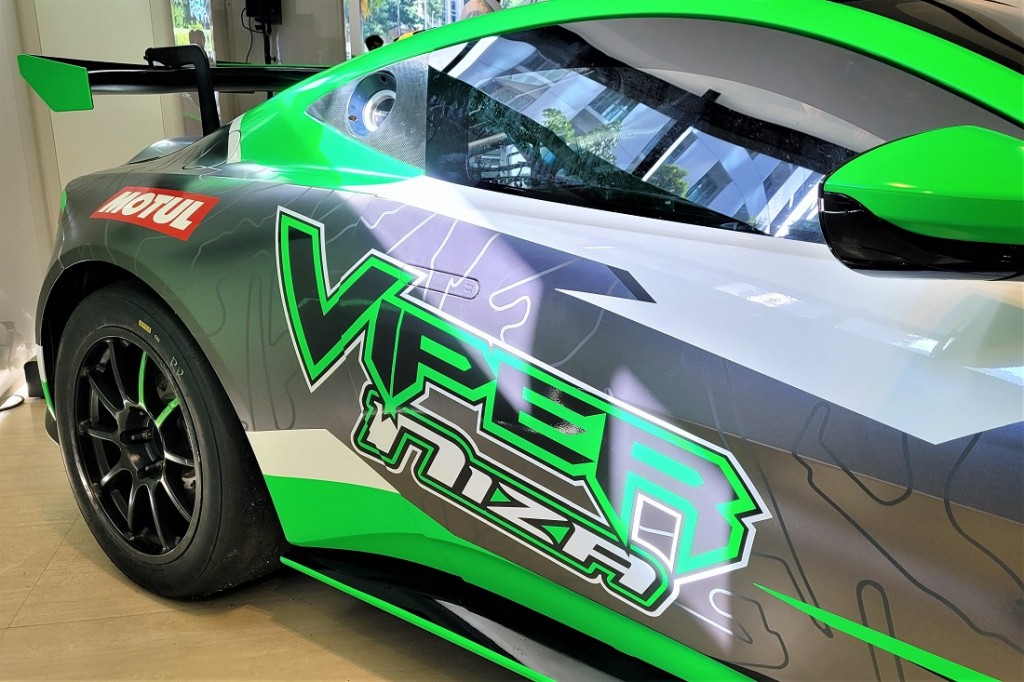 The Viper Niza Racing team is led by owner-principal, Douglas Khoo, who is also one of the drivers, along with longtime endurance racing driver partner, Dominic Ang. As partner team of Aston Martin Racing Asia, Viper Niza Racing will also be managing and providing services for customer racing programmes.

The Vantage GT3 and GT4 cars are fitted with the marque’s latest generation 4.0L V8 twin turbo engine. The Vantage GT3 is a full-blown race car designed from the ground up, and replaces Aston Martin’s most successful customer car, the V12 Vantage GT3. It offers customers the latest in race car technology, embracing all the experiences from years of engineering and competing in international sports car racing. The car produces in excess of 400 kW (536 hp) and over 700 Nm of torque.

Meanwhile, the Vantage GT4 is modeled after Aston Martin’s standard production Vantage sports car and is engineered for gentlemen drivers and more suited to novices. Nonetheless, the car provides customers and enthusiasts a direct and hard-edged race car with a competitive package, advanced aerodynamics and state-of-the-art safety features that can be maintained by amateur teams. Output is rated at more than 350 kW (469 hp) and more than 550 Nm of torque. 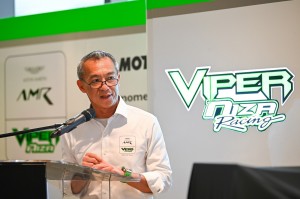 “Endurance racing has always been where our passion lies and we will continue to focus on long distance races as we have done previously in the TCR and Asian Le Mans Series. The TCR Seat Leon Cupra remains in our racing program moving forward, but sadly our time with the Ligier JS P3 LMP3 race car has come to its end as the car is no longer technically eligible to compete under current regulations,” said Khoo.

“Our time in the LMP3 race car has given us a wealth of experience and knowledge, and after so many great and memorable years of competing in this class, we feel that it is now the most opportune time to move on to the GT3 and GT4 sports car racing classes which has exponentially grown increasingly competitive over the recent years with the participation of the world’s top sports car manufacturers.”

Subsequent to this announcement, the Viper Niza Racing Vantage GT3 will be making its debut during the  Singapore F1 Grand Prix weekend on 1-2 October 2022, with Khoo competing in the TSS (Thailand Super Series) support race. The Series, which is the biggest in Thailand, features two 25 minute sprint races around the 5.063-km Marina Bay Street Circuit on Saturday and Sunday and will be held for the first time in Singapore.

“Despite Singapore being a sprint race, it will provide us with much needed seat time to shakedown and familiarise ourselves with the new car. The plan moving forward however, will be to solely focus on endurance racing events,” added Khoo. Immediate events lined up for the near future will include competing in another 2 rounds of the Thailand Super Series in October and December. 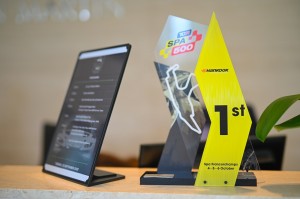 The team’s best accomplishment so far has been in the touring car series with a class win at the 2019 TCR SPA500 24-Hour endurance race in Belgium with the Seat Leon Cupra. Viper Niza also had the distinction of competing as a wildcard entry in the Malaysian round of the 2019 WTCR World Touring Car series. In July this year, Viper Niza Racing competed in the 24 Hours of Portimão, Portugal, and just recently (11 September) finished 6th in the TCR Class of the Hankook 24 Hours of Barcelona in Spain with Khoo and Ang teaming up with 2 other drivers Gilbert Ang and Melvin Moh at the wheel of the team’s signature black and green Seat Leon Cupra. 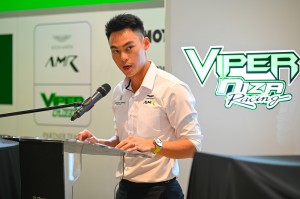 As for the Vantage GT4 Customer Racing Programme, Aston Martin Racing Asia Director Weiron Tan commended Viper Niza Racing for the degree of commitment, professionalism and technical competency the team has invested in and demonstrated throughout its years of endurance racing. “There’s no question that they bring immense capabilities to this partnership together with Aston Martin Racing’s unparalleled customer racing support. We look forward to this new chapter of Viper Niza Racing and are extremely proud to be part of its journey. Customer racing is the backbone of sports car racing and there is no doubt we believe Viper Niza Racing has what it takes to do a good job and also be title contenders. We are there to provide support every step of the way”. 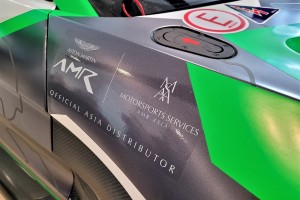 Today, the Vantage GT3 and GT4 cars compete in over 20 major international race series globally, in countries like Australia, Japan and China as well as the Southeast Asian region. In 2022, the Vantage GT3 took its first endurance race win at the IMSA WeatherTech Sports Car Championship’s new top GT class in the United States. The Vantage GT3’s accomplishments include clinching its first major GT championship title in Japan when it won the 2021 Super Taikyu Series championship.

The Vantage GT3 also raced to its first overall class victory in the 2019 TOTAL 24 Hours of Spa. In the same year, the car delivered the perfect score of a pole position, race win and fastest lap in the Donington Park round of the British GT Championship, as well as winning on its debut race in Japan at the opening round of the Japanese Super Taikyu Series. The Vantage GT3 has also recorded a glorious class victory in the 10-hour US endurance classic Petit Le Mans; and scored a podium finish in the 2018 Gulf 12 Hours race at the Yas Marina Circuit in Abu Dhabi.

The Vantage GT4 track record meanwhile, includes racing to a victorious debut in its class in the 2019 ADAC TOTAL 24 Hours at the Nurburgring Nordschleife circuit in Germany.