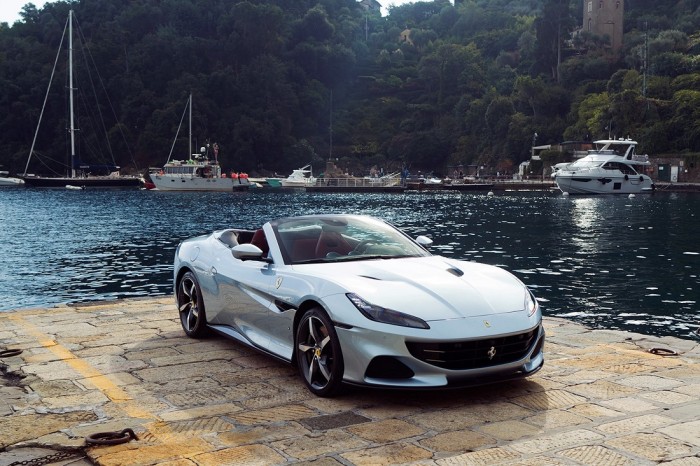 The new Ferrari Portofino M has been unveiled. This new model marks a significant evolution Portofino, which was first launched at the same location on the Italian Riviera, in August 2017. The new Portofino M gains redesigned front and rear bumpers as well as a more powerful engine. 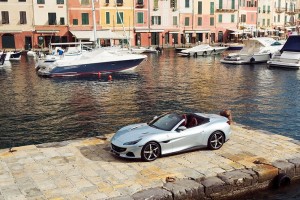 This Ferrari Portofino M (which stands for ‘modificata’ or ‘modified’) is a 2+ GT convertible that has gained a bump in power output.  The 3,855 cc V8 turbo engine now dishes out 620 cv (611 hp), 20 cv (or 20 hp) more than the Portofino. The Portofino M’s engine is part of the family voted ‘International Engine of the Year’ for four consecutive ocassions. Paired with a new 8-speed gearbox and a 5-position Manettino with ‘Race’ mode, this spider can do a 0 – 100 km/h run in 3.45 seconds.

The Portofino M has Ferrari’s Retractable Hard Top (RHT) technology to ensure its appeal as a genuine coupé with the roof up, and a true spider with the roof down. Further, its redesigned front bumpers incorporate new air intakes and also features a new air vent at wheel arch height, a subtle feature to reduce the overall drag. Part of the airflow coming off the front radiating masses is directed towards the new vents and then accelerated up as it exits, thus boosting its extraction power. The rear of the Portofino M also sports a new rear bumper which is more streamlined and sculpted thanks to the new exhaust system which has allowed for the removal of the silencer assembly to make its tail more compact. The rear diffuser too has been completely redesigned and is now separate from the bumpers. This means customers can be specify it in carbon fibre, to further enhance the car’s sporty character.