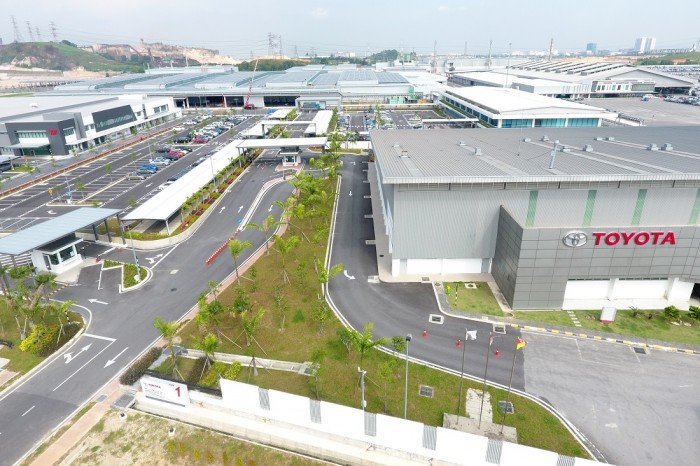 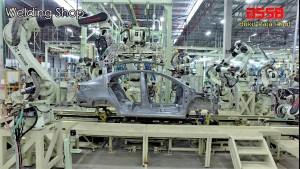 The Mentri Besar made the visit to personally witness the best practices and procedures put in place by UMWT in accordance with the Government’s Standard Operating Procedures to curb the spread of COVID-19 pandemic.

The top management of UMWT and ASSB were at the plant in Bukit Raja Industrial Estate to welcome the Mentri Besar and his entourage. After receiving a briefing on the plant’s operations, the guests were taken on a tour of the facility which currently assembles the Toyota Yaris and Toyota Vios.

To minimise risk, ASSB has implemented working times on a staggered schedule, as well as other new procedures. Some of these measures are adopted from Toyota plants in other countries in response to the pandemic. An example is the installation of an additional partition at the Door Assembly Process.

Furthermore, areas that see a lot of foot traffic such as the motorcycle parking section, staff locker rooms and canteen have stringent social distancing requirements. In the canteen, for example, all the food available is pre-packed. Additionally, body temperature checks are conducted daily in accordance with the new SOP. Also required are hand sanitisation and the use of face masks.

Over at the Toyota Boshoku UMW section, a small ceremony was held for ASSB and Toyota Boshoku UMW to hand over PPE (personal protective equipment) kits to the Menteri Besar as a gesture of goodwill to the Selangor State Government. The kits consisted of 100 pieces each of gowns, head covers and boot covers. Toyota Boshoku UMW makes seat sets, door trims, headlinings, package trays for models assembled locally.

In the midst of the pandemic, Toyota Boshoku UMW had set up production lines to produce PPE for the frontliners, since it has the expertise and equipment. The company had contributed more than 10,000 PPE items consisting of boot covers, head covers and gowns to support the Ministry of Health for distribution to hospitals around the country.

“We are grateful to the Selangor State Government for its approval and guidance which enabled ASSB to resume operations after a lengthy shutdown due to the Movement Control Order earlier. Our plant has implemented all the necessary requirements of the Standard Operating Procedures and additionally, we have also adopted some best practices developed by Toyota factories in other countries,” said Ravindran K., President of UMW Toyota Motor.

“Toyota Motor Corporation is also very serious about providing safe and healthy conditions for all employees. As a member of the global Toyota family, ASSB can therefore draw on healthcare advice and best practices from TMC regarding additional measures that can be taken here in Selangor,” added Akio Takeyama, Deputy Chairman of UMW Toyota Motor.